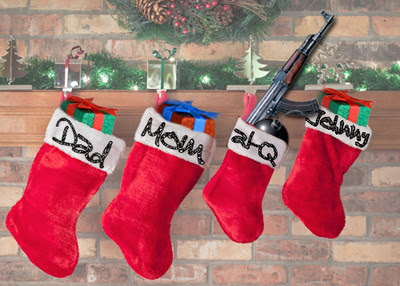 Al-Qaida is preparing a series of attacks on Western targets, especially in the United States, during the Christmas season, Middle Eastern and European officials say.

Some of the insurgents told Iraqi authorities they are part of a group which takes direct orders from al-Qaida's central leadership. The captured suspects "represent the main structure of the al-Qaida organization in Iraq," said Iraqi Interior minister Jawad al-Bolani.

Last Saturday's car and suicide bombings in Stockholm were just a small part of many attacks planned as part of the wider al-Qaida plot, the captured insurgents said. The Iraqi-born man suspected to be behind the attacks, Taimour Abdulwahab al-Abdaly, is now said to have been trained by al-Qaida's affiliate in Iraq, the Islamic State of Iraq (ISI).

After Saturday's bombings, the ISI warned that if NATO countries didn't withdraw their troops from Afghanistan "immediately and unconditionally," that they "should expect that we will strike at the heart of Europe." The ISI also said that the bombings were "only the beginning of a new era of our jihad."

If the insurgents' claims are true, they could indicate another page in the ISI's violent history. It has claimed credit for numerous bombings in which hundreds were killed and injured in Iraq this year alone. In 2007, the group's former leader, Abu Omar al-Baghdadi, was the first to threaten to kill Lars Vilks, a Swedish cartoonist known for his depictions of the prophet Mohammed, offering a $150,000 reward for his death. Vilks was referenced in an email sent 10 minutes before Saturday's bombings. The email, received by a Swedish news agency, warned "our actions will speak for themselves. As long as you don't stop your war against Islam and degrading the prophet and your stupid support of that pig Vilks."

Meanwhile, a court in London was told Wednesday that Pakistani Abid Naseer planned to bomb the heart of Manchester, also as part of a wider al-Qaida plot. "The conspiracy extended to planning attacks in the UK, Norway and the United States of America," said David Perry, a lawyer representing U.S. authorities. Previously, U.S. and Norwegian authorities linked the Manchester attack to a plot to bomb the New York City subway and an unspecified target in Norway. Attorney Melanie Cumberland noted that Naseer is a "significant threat" and is motivated by "deeply held religious beliefs."

Nasser was arrested last year as part of a British counter-terrorism operation. He was ordered deported, but won an appeal arguing he might face torture or death if he returned to Pakistan. Britain was unable to come up with enough evidence to charge Nasser, but he now faces extradition to the United States based on material support and explosives charges. "The allegation is that the defendant was an al-Qaida operative who participated in a conspiracy to attack Western interests by the use of explosive devices," said Perry.

Wednesday's reminders of al-Qaida's intentions to launch many attacks in several Western countries ring true to al-Qaida's recent message. In the second issue of al-Qaida's English-language magazine, Inspire, the terrorist organization urged supporters to target any "countries that support Israel or the wars in Iraq and Afghanistan." The most recent issue of Inspire notes that al-Qaida's strategy is shifting towards a using higher number of small scale attacks, a "strategy of a thousand cuts," rather than fewer grander attacks.

The Saturday Stockholm suicide bombing - allegedly only one of many planned al-Qaida attacks in the U.S. and Europe - may be an example of how al-Qaida is putting this plan into effect.

Copyright - Original materials copyright (c) by the authors.
Posted by Sally Zahav at 6:29 AM