In an interview with the Saudi daily 'Okaz on June 28, 2014, Saad Mehio, an editorial manager at the Carnegie Middle East Center, said that Iran is facing both economic collapse and division because of its involvement in Iraq and in Syria - the latter of which he refers to as "the Iranian Vietnam or Afghanistan." He expressed his view that "the Iranian regime's policy of defending itself by expanding its regional influence can no longer continue and develop, considering how costly it is for Tehran to maintain its regional influence in Syria, Lebanon, Palestinian and Iraq... The regimes in Iraq and Syria are becoming a financial burden for the Iranian economy, [and] if this continues, [Iran] will be forced to make considerable concessions in these arenas." He also assessed that "Iran, in its current economic circumstances, will top [the list of] regional countries facing potential division."

Mehio added that the crisis in Iraq is the result of the failures of Prime Minister Nouri Al-Maliki, who continues to stubbornly cling to his seat although most Iraqis, including Shi'ites, oppose his policies.

The interview was conducted by Saudi writer Khalid Tashkandi; the following day, June 29, Tashkandi published commentary on the interview titled "Iran The First [Country] To Be Divided". The following are excerpts from the commentary: 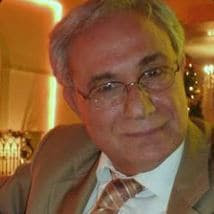 "[Mehio says that] there are fears that Iraq will be divided and broken up into mini-states in the north, south, and center, because of the failure of Nouri Al-Maliki's government and its policy, which was expressed by sectarian discrimination and by the marginalization of segments of the population with the support of Iranian influence in Iraq. This is being said all the time, and it has become a refrain in conversations about Iraq.


"However, according to serious assessments, the collapse of the entire Iranian regime is much closer, along with the division of Iran into a group of mini-states, led by ethnic minorities suffering harsh discrimination. This is what I was told by political analyst Saad Mehio, [an official at] the Carnegie Middle East Center, in a phone conversation regarding the Iraq crisis several days ago, segments of which were published in 'Okaz.

"Mehio is a leading analyst of Arab political psychology, and his assessments [shed light on] future developments. One of his most salient points was that revolutions, wars, violence, and upheavals – especially in Iraq, Syria, Lebanon, and Palestine – were merely a result of the erosion of Iranian influence in the region, particularly after the opening of two military fronts, in Iraq and Syria. The latter [front] is costing Iran close to 25 billion annually, with no sign that the balance is tipping in favor of its ally, the Assad regime. This financial burden comes on top of the series of economic crises that have befallen Iran as a result of the economic sanctions leveled against it due to its nuclear program, the damage from which includes reduced petrodollar revenues. All this brings Iran to the brink of economic collapse, which would be followed by the fall of the entire Iranian regime.

"[Mehio] further said that Iran's political role in the Arab region is like that of a superpower, but its capabilities are like those of a third- or fourth-world nation. While it seeks to leverage its influence into a geostrategic position overlooking the Mediterranean Sea... this plan has yet to pay off...  [Iran] has had no economic gains from its attempts to expand its influence, which already are unwarranted. However, Iran wants to revive the historical political prestige that it enjoyed during the Persian Empire.

"Iran is sinking on the Syrian front – [a front] which has become 'the Iranian Vietnam.' It will sink even deeper if it insists on supporting the Al-Maliki government in Iraq. [Al-Maliki] has become an outcast in Iraq, even among Shi'ites, and especially among the [Musa] Al-Sadr and ['Ammar] Al-Hakim groups. [But] he cleaves to Iran's policy of spreading its influence. Influential Iranian hands within Iraq are refraining from removing Al-Maliki, who is considered the last bastion of Iranian influence in the region. Therefore, Iran faces a real conflict and the opening of another front in Iraq – but it will not be able to manage this front, neither militarily nor economically.

"No one knows how Iran is waging these battles and attempting to expand its influence outside its borders at a time when it is so unstable at home. Iranian Central Bank reports, as published in Iranian daily newspapers, mainly Sarmayeh, show that Iran's average [annual] inflation tops 30% and that its economy is shrinking. According to other reports, over one third of Iranians live below the poverty line – and this is in addition to the withering international economic sanctions leveled against it every month. Iran's oil exports this year have barely reached an average of 700,000 barrels per day, and it also has a shortage of basic commodities and increased unemployment because many factories are halting operations.

"It is clear that this Iranian policy will not last long, and that Iran's influence in the Arab region is dying. If Iran does not back down from this policy, it will necessarily collapse from within, on all levels – political, security, economic, and social. It will be among the first countries to be divided, especially considering the ethnic shifts in the region. Some minorities in Iran have historically suffered harsh discrimination, most notably the Azeris, of Azerbaijani-Turkish origin…"