The Settlements haven’t got a Chance: Part 1 of a Point-Counterpoint pair - Ran Edelist


The removal of the settlements from Judea and Samaria would not be a disaster but rather a sacrifice for the greater good and for the sake of cohesion among the people and the state. The time has come for my brothers in the territories to begin reading the map like it is – an open letter to all of the settlers, both men and women 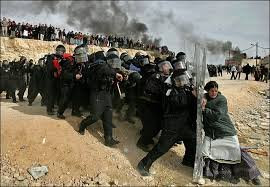 This letter is directed to my brothers and sisters who deny the occupation and live beyond the Green Line. You will of course agree with me that something is basically amiss when a state conducts a war of annihilation against children who stab people and old women who ram people with cars. The state, of course, “wins”. That is clear. And it is clear that one more such victory we will have lost. It is a shame for all of us and it is a disgrace for you. You don’t have to be a despairing, bleeding heart leftist to ask what distortion or abnormality has caused us to descend so far in the battle between us and the Palestinians. There are, of course, those whose answer will be clear – “They all want to kill us” or “They started it” – but I am convinced that many of you ask yourselves the exact same question and you don’t really have an answer. About the disgrace, I mean.

The reason for the shame and the disgrace is the fight, which is indeed determined, and indeed uncompromising, for the continued hold on the settlements.

The question is: does the settlement enterprise have any chance? I am prepared to accept, for the sake of argument, that the settlements do not only fulfill a security function, but also are the fulfillment of a divine commandment, and the losses that both we and the Palestinians experience are unavoidable. There is only one matter to clarify: what are the chances for the settlements’ continued feasibility beyond the Green Line except for the settlement blocs?

As I understand it, there is no chance at all. The argument that when the state was established there was also no basis for feasibility is irrelevant. There was no divine miracle there, but a war that was conducted correctly and boldly and a mischievous and daring David’s sacrifice against Goliath’s military stupidity. It was clear that there would be losses here and there for the overall good of victory in war, which was based on the ability and the sacrifice of fighters, along with international backing. Since the Six Day War, in forty eight years of battle for the Greater Land of Israel, we actually have been winning the battles, with “operations” and assassinations, but it is clear that the war is lost. There was no chance that Sinai would remain in our hands; that Gush Katif would remain in our hands; that we would remain in Lebanon; that Migron would survive in its first location and that the synagogue in Giv’at Ze’ev would remain on its site. In every one of these cases there were specific circumstances for their removal as well as two main reasons: the limitations of the use of force – the military, political, international or ethical – and Palestinian resolve.

Arik Sharon, who was an active participant in decisive military and political processes, knew how to draw the correct conclusion in withdrawing from Gush Katif in order to continue waging the war on the West Bank. His successor, Olmert, went according to Rabin, and considered limiting the security forces and removing most of the settlements over the Green Line, including the division of Jerusalem. Olmert, along with the IDF, thought that under the circumstances, the State of Israel did not have enough security forces to be able to cope with the pressures that had built up during decades of occupation.

Indeed, there is a certain apparent stability in the settlements. There are houses and communities and “our government”, and I see and hear how some of you cluck like talking chickens, “we won the elections”. And this naivety of yours: why, it cannot be that this great enterprise will disappear as if it never existed. But this is where you are wrong. There is nothing like the Middle East to prove how volatile today’s existence is. Enterprises and populations more than a hundred times greater than the settlements and a hundred thousand residents have left and been abandoned and the world continues to spin in its orbit. The bitter fact is that despite the houses on the hills, symbols of apparently normal government and lifestyle, this is a bubble. Ultimately, one historic day, soaked with bloody terror (or the battle for independence in their language), on the contrary, it will be Palestinian terror that will be victorious over the settlement vision. Forty years have passed since Golda Meir’s “There is no Palestinian people” and now there are more countries that recognize Palestine than they do Israel. Even someone who just landed here from Mars would understand that the world is going to recognize Palestine with the ’67 borders. This means that everything that happens beyond the Green Line, including the settlements, is a war crime. So wake up already.

In general, the settlement enterprise was a gamble that we all took part in. We chose this path because there was no other choice (or no other available housing), or because of some other default. Now that the balance of powers has become clear (the real balance, not the IDF against the Palestinians, but the world and the Left against the settlement policy) it seems like this is the time to make the cut, before we lose our identity as a society, as a people and as moral human beings. I have no doubt that those among the settlers who are realistic understand what the situation is. It cannot be that you are blind to the process of South Africanization that we are undergoing, starting with boycotts and ostracism, through the loathing that greater and greater parts of the world feel toward us, and ending with UN resolutions in the pipeline about a Palestinian state.

I am mostly talking to and about the original founders of the settlements in the territories, the wise and heroic people. The people of the Yesha Council from the eighties and nineties. Those among them who know how to read reality, those who are riding the tiger and are afraid that the golem that they have created will rise up against them. We are not talking about cowards or corrupt individuals. Rather, this is a case where the fish stinks from the head to the tail, and it’s not a one-time Mephistophelian deal with someone who has done political repentance.

In contrast to the kibbutz movement, which imploded like trees falling silently in the forest, the case of the settlements is likely to end with a huge brawl and civil war. A war, by the way, that is being conducted today in the social networks and in the streets. There have not yet been frontal clashes or casualties; for now it’s just a tumult of shouts and jostling and one prime minister who was shot, and one Abroshmi, who killed Emil Grinzweig at a Peace Now demonstration and in the dark and violent shadow in the recent demonstrations of the Left for a ceasefire during Operation Protective Edge. To preventing the virus from breaking out, which has already caused the destruction of the two Jewish Temples, requires insight or real-politick enlightenment and a statement that within the framework of an agreement with the Palestinians, some of the settlements will be dismantled.

The number is not important, and we must fight for the maximum, but it is important to accept the principle. From this point of view, the realistic right, as well as those who are hesitant, resemble the discouraged and wavering Left. These two sectors must join hands, especially on behalf of those who will have died in vain, until an agreement is foisted upon us.

I hope that you will choose the path that will lead to an agreement before the casualties occur. There, you will find leftists who are willing to defend, together with you, what is obvious to the Left together with the Right for lack of alternative: the State of Israel within the ’67 borders.

Ran Edelist....unburdened by the ravages of intelligence.......

Ran - Please take your medications, you are hallucinating.....
Those that do NOT know History will relive it like the fools they are...Gaza!!!