Why the Islamic State Is in Retreat - Col. (ret.) Dr. Jacques Neriah

Are we witnessing the “beginning of the end” of the Islamic State, or is it a prelude for a resurgence in a new geographic area such as the failed state of Libya or even in a torn state such as Afghanistan?

Founded jointly with the Wechsler Family Foundation
Vol. 16, No. 8

Two years ago the Islamic State’s blitz assault across a swath of land as big as the United Kingdom led to the establishment of the self-proclaimed Caliphate and fragmented both Syria and Iraq. The recent defeats inflicted on the Islamic radicals, however, have considerably shrunk the areas under IS control in both countries. 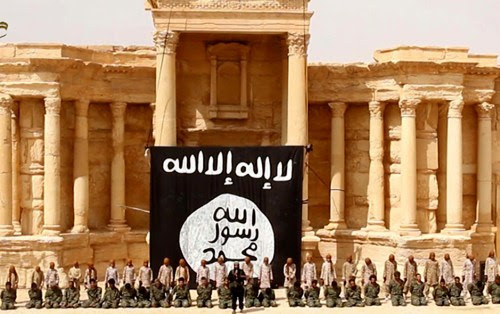 Indeed, under the pressure of the Syrian-Iranian-Russian-Hizbullah coalition on the one hand and the American-Western-Iraqi and moderate-Arab coalition on the other, the Islamic State suffered enormous losses in manpower (according to the French minister of defense, 20,000 IS fighters have been killed during the last year) and more significantly, the IS has lost an estimated 40 percent of its territory, conquered only a few months earlier. The most symbolic loss was Palmyra, retaken by Bashar Assad’s loyal forces with the active assistance of Russian air power and the infantry support of the Iranian Revolutionary Guard Corps and Afghani paramilitary units. 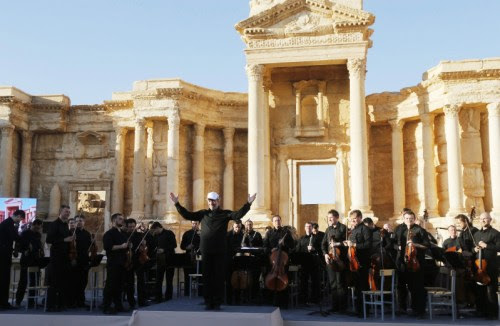 Likewise, in Iraq, the regime scored a huge success in recapturing key cities that had fallen under the IS control such as Ramadi and Beiji. Currently, the Iraqi regime is trying to reconquer a key Sunni city, Fallujah, north of Baghdad, while continuing to prepare an assault on Mosul, Iraq’s second-largest city. A Kurdish coalition, reportedly assisted by U.S. Special Forces, is approaching the outskirts of Raqqa in Syria, the unofficial capital of the IS Caliphate.

Based on the latest advances of loyalist troops and militias both in Syria and Iraq, some fundamental questions arise: What has changed today that did not exist two years ago? What were the factors that brought that change in fortune, and what are the future prospects for the Islamic State? Are we witnessing the “beginning of the end” of the Islamic State, or is it a prelude for a resurgence in a new geographic area such as the failed state of Libya or even in a torn state such as Afghanistan?

Bearing in mind the Obama administration’s policy of “No boots on the ground,” the two main anti-Islamic State coalitions (one American-led, the other Russian-led) succeeded to contain the advance of the Islamic State in Syria and Iraq due to the following factors:

Two years after the proclamation of the Caliphate and after stunning victories in Iraq and Syria, the IS is retreating. Still, the IS has made some territorial progress in northwest Syria (Aleppo, Homs) and in Syria’s far east (Hasakeh). However, those key cities have not fallen to the IS while the Islamic State’s two main cities – Mosul and Rakka – have become the next targets of the coalition forces. It is clear that as long as coalition leaders will not engage in ground forces, Rakka and Mosul will remain IS bastions until local forces (Syrian and Iraqi) dislodge the IS from its strongholds. This is not about to happen in the coming weeks or months. It is a process that will eventually occur, slowly and painstakingly.

Therefore, the Islamic State is looking for alternatives: Libya is a place of choice because of its disintegration. However, its closeness to Europe makes a takeover by the IS improbable because it will inevitably ignite a military reaction. Europe and the United States are already discussing their reactions. Afghanistan and Yemen may be alternatives for the IS. Recently the IS has been fighting the Taliban in Afghanistan, which it opposes ideologically, and has taken control of remote areas in the eastern part of the country.  In Yemen, the IS has found a fertile environment in the Governorate of Hadramaut.

A cautionary note: One should not underestimate the IS appeal in Saudi Arabia, Egypt, Morocco and Tunisia. A symbiosis has been created between the IS and local radical Muslim organizations whose aim is to spread havoc and install an Islamic Caliphate in lieu of the acting regimes. In the meantime, the Arab nation-states have the upper hand at a very high price. They must be vigilant and aggressive in their pursuit of the destabilizing forces that threaten their regimes. An eventual defeat of the IS will not translate immediately into an elimination of the radical Muslim movements. Such a development can occur only when the Arab nation-states will offer a viable ideological alternative and champion a socio-economical welfare doctrine.