God Did Not Open A Hotel In Paradise

Saudi-born singer Shams Bandar, also known as "Shams the Kuwaiti," rejected the notion that the words "hur al-ayn" refers to the black-eyed virgins of Paradise, saying: "It is inconceivable that [God] would create man, pamper him, and make a paradise for him with Bollywood-style black-eyed virgins." "Our Lord did not open up an hotel there," she said. In the interview, which aired on Egypt's Al-Nahhar TV on November 2, Shams complained that the Arabs pin all their problems on "others," and suggested that Egypt should isolate itself from the Arab world and focus on resolving its economic problems.

Shams Bandar: "The collective Arab mind has a problem. If we do not acknowledge the problem, we will never be able to fix it. The first step toward a solution is admitting that there is a problem. We Arabs are very good at pinning our problems and our concerns on others. If we cannot find someone on whom to pin our problems, we pin them on jinns and demons. We always need some 'other' for that purpose. I am not an antagonist person, but I say what other people in entertainment are afraid to say.

"The KSA government supports women's rights and the natural liberation of women, but the problem is with the public, not with the government.

"It is as if 1,400 years of Islamic religion – or let's say, religion in general – were founded on the 16 hairs women have here, and that’s it – there are no lies, no murders, no plundering, no corruption. It is as if there is nothing in Islam for which one can be held accountable, except for women and their liberation – All the other issues are just fine... Right, there's nothing else – no poverty, no hunger. None of this is a problem. The only important thing is that women will not be liberated.

"All the female singers and actresses are filmed dancing among women in weddings, but because some people consider me provocative, I am the only one they make a big deal about when I dance. What's wrong with dancing anyway? When a person goes 1-2-3-4-, it's just like sports. You cannot judge my brain over my dancing. You cannot persecute me because I dance. I dance, other people dance, and the whole world will dance. I hope that the day will come when we no longer have among us a single extremist who makes us cry. Hopefully, life will be all dance, rather than crying, problems, wars, and revolutions, and all the filth of living in the Arab world. Dancing is much better. Let's go back to the days of dancing.

"It is said, throughout the Quran that [men and women] are equal. It is inconceivable that [God] would create man, pamper him, and make a paradise for him with Bollywood-style black-eyed virgins..." 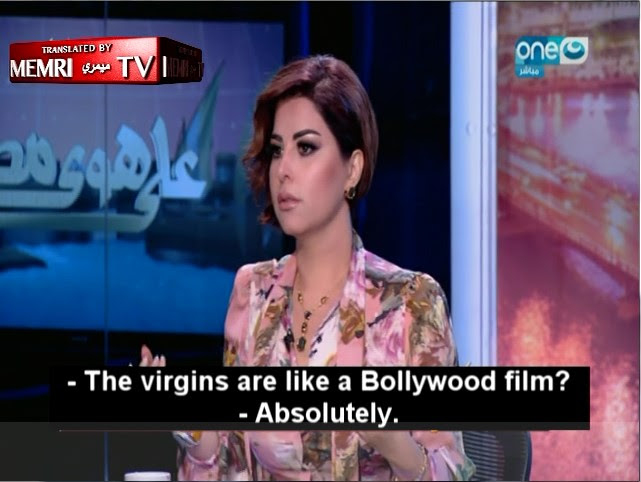 Shams Bandar: "Absolutely. Our Lord did not open up an hotel there. It's shameful to say that. Allah is too sublime to think of a guy blowing himself up just to see some girls. He could see girls down here and give us a break, if that were the case. Get it?"

Interviewer: "But many people who believe this understand it this way."

Shams Bandar: "This is not understanding. It's an ideology that has been planted. Unfortunately, if you look at the curricula, you will see that this is what they tell you. But if you examine the philosophy of the Quran and the true words of Allah... This is a god, not someone sitting there, saying: If you get to Paradise, we will arrange some girls for you. That's shameful." 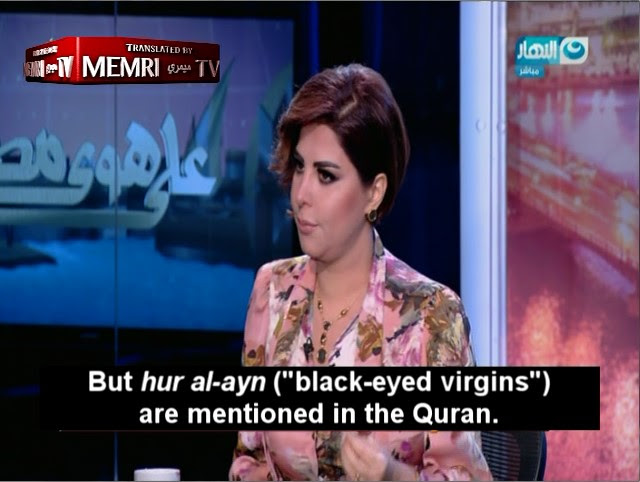 Interviewer: "But hur al-ayn ['black-eyed virgins'] are mentioned in the Quran."

Shams Bandar: "My dear Khaled, if you examine the Arabic language, you see that the words ayn and hur cannot mean women. That's shameful."

Interviewer: "So this interpretation is also the result of an extremist ideology?"

Shams Bandar: "No, this is an element of temptation. If I want to make you go to a certain place, the first thing I do is to shut down your ability to connect with women, thus causing you [sexual] inhibition. How am I to release this inhibition? By creating an illusion. 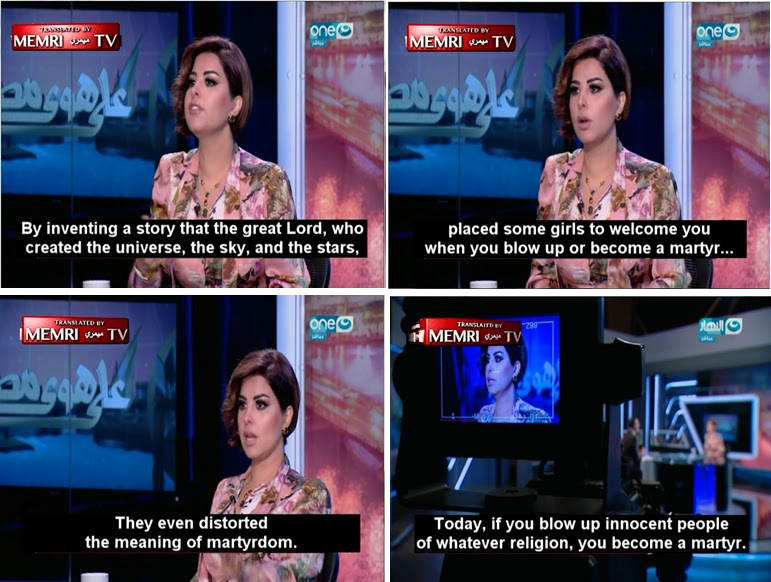 Interviewer: "So you disagree with all the jurisprudents who interpreted the words hur al-ayn..."

Shams Bandar: "I don't care about... 'Consult your heart, even if you are consulted by others.' Besides, the Quran has no interpreters, because our Lord is too great to have a slave interpret Him."