The Danger to Jordan of a Palestinian State - Abe Haak


The Hashemite Kingdom of Jordan stands to lose more than any other party from the establishment of a State of Palestine. 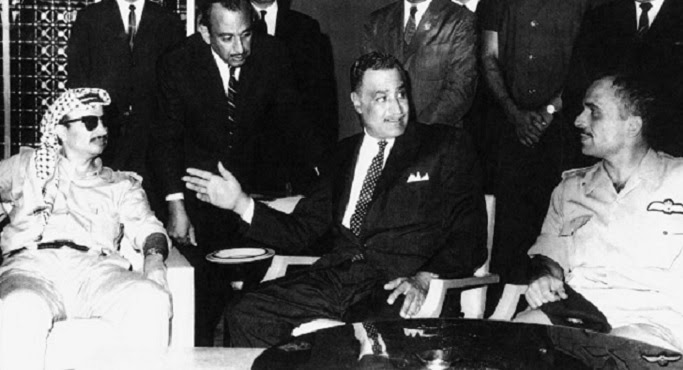 EXECUTIVE SUMMARY: The Hashemite Kingdom of Jordan stands to lose more than any other party from the establishment of a State of Palestine. While the potential dangers and complications for Israel of such a state could be significant, Jordan would face threats to both its social stability and its foundational idea: that it governs the Arab population on both banks of its eponymous river. In addition to the substantial political and security difficulties such a state would create for Jordan, it could also jeopardize its continued viability by shifting the locus of political leadership for a majority of Jordanians away from Amman and towards Ramallah.

It is becoming increasingly clear that Palestinian statehood is a moribund idea. Despite official pronouncements, none of the principal parties seem very keen on achieving it, least of all the PA.

However, if, through some unilateral action, a State of Palestine were to be declared in the territory comprising Areas A & B, the repercussions (mostly negative) would affect the Hashemite Kingdom of Jordan more than any other party, including Israel.

The dangers to the Kingdom would manifest themselves on three levels: the political threat, the security threat, and the existential threat.

With the establishment (or announcement) of a state of Palestine, the tensions that have characterized the relationship between the Palestinian organizations and the Hashemite Kingdom since the 1960s would take on an institutional concreteness, and would become a fixed feature of the new post-statehood scene. The recent tension over access and security management of the Temple Mount area provides a foretaste of the public embarrassments and diplomatic paralysis that would afflict the crucial Israel-Jordan relationship as a result.

Israel and Jordan are developing very close institutional relationships – perhaps the strongest in the region. Economic integration is moving apace, with significant portions of Jordan’s energy and water consumption to be provided by Israel. This provision is on track to reach such a level in the foreseeable future as to increase the likelihood that a sudden interruption would have catastrophic results for the Kingdom.

Cooperation and integration in the security sphere are arguably just as important. For decades, Jordan’s enemies, both internal and external, have had to reckon with a powerful pair of disincentives when contemplating violent action against the government: a first line of defense consisting of a tenaciously loyal Jordanian army, and a second in the form of an overwhelmingly powerful IDF.

Even with this background of increasing integration, the Jordan-Israel relationship is chronically strained by the adventurism and rejectionism of the PA leadership. That strain would worsen dramatically if the Palestinian leadership had full statehood rights at Arab and international fora.

For a preview of the relationship Jordan would have with a State of Palestine across the river, one can look to Egypt’s current relationship with Hamas. The main difference is that Jordan’s troubles would be many times greater than those from which Egypt suffers today. The reasons are many:
Regardless who gains the upper hand, West Bank Arabs able to escape this bloody mess will do so in a hurry, and will head in the only direction open to them: eastwards, to Jordan. The Kingdom will then be faced with two unhappy choices: either to absorb yet another large wave of restive refugees into a system already bursting at the seams, or to reassert, with likely Israeli acquiescence, limited administrative and security prerogatives over the afflicted areas in the West Bank in order to forestall a greater humanitarian catastrophe and the mass exodus such a catastrophe would precipitate.

It is arguable that these threat scenarios could be handled by a Jordanian leadership and army that have repeatedly demonstrated resilience in crises of greater duration and severity. However, setting aside all the situational challenges that a declaration of Palestinian statehood would engender for Jordan, a qualitatively greater long-term strategic threat will inevitably develop for the Kingdom from the realization of Palestinian statehood.

It is a fact that most Palestinians are Jordanian and most Jordanians are Palestinian. More precisely stated: a majority of those who self-identify as Palestinians inside and outside Jordan carry a Jordanian passport (including Mahmoud Abbas and Khaled Mash’al); and a majority of Jordan’s resident population self-identify as Palestinians. This has been Jordan’s chronic conundrum since the late 1950s, when Egyptian President Gamal Abdel Nasser began actively incubating a separatist Palestinian nationalism in direct challenge to Jordan’s formal custody of West Bank Arabs. Simply put, the putative Palestinian national identity was the result of an Egyptian anti-Hashemite campaign begun in the late 1950s and institutionalized with the creation of the PLO at the Cairo Arab Summit of 1964.

This anti-Hashemite campaign was at the core of Jordan’s most dangerous cascade of crises in 1959, 1967, 1970-71, 1986, and 1988. A formal declaration of Palestinian statehood would take it to a much more dangerous level for the simple reason that a state cannot long survive when a majority of its citizens claim the national identity of a neighboring (and likely adversarial) state.

This concept is easily grasped. If, for example, a majority of Guatemala’s citizens self-identified as Mexican, Guatemala would simply turn into a cultural and political vassal of Mexico.

Similarly, the national identity of Jordan and its political viability will be difficult to sustain if a majority of its citizens owe political allegiance to a foreign, neighboring, albeit Arab state. Such a state would be able to indirectly steer the affairs of Jordan by mobilizing a sizable part of the citizenry to do its bidding if its interests conflict with those of the Jordanian government.

Setting aside the official Jordanian posture towards the conflict, the political class in the Kingdom must be aware of these threats from a future Palestinian state, especially the first two. But it also needs to be aware that the entire edifice of the Palestinian national movement is a political construct of Jordan’s Arab enemies that was meant to make the country ungovernable by the late King Hussein. In their origins and practice, Palestinian nationalist organizations, regardless of their rhetoric, have been more anti-Hashemite than anti-Zionist. These organizations have always claimed to represent a majority of Jordan’s citizens, a dangerous claim for any country. For Jordan, such a claim becomes intolerable when concretized in an adjacent state whose leadership has a history of serially attempting to sabotage Hashemite rule.

In the view of many Jordanians, the disengagement announcement of 1988, which formally recognized the PLO as sole representative of the “Palestinians” (a majority of Jordan’s citizens), was a mistake that sundered the national demographic unity of the country in response to Arab political pressures. The conditions that generated those pressures are now gone – indeed, they are reversed. Consequently, Jordan should consider reversing the announcement (which, constitutionally speaking, remains invalid to this day because it was never ratified by Jordan’s parliament). This would be in the best interest of Jordan’s citizens on both banks, and in the best interests of peace and stability in the region.

Abe Haak is a Jordan-born, ATA-certified translator and educator. He worked as a research assistant in the Faculty Research Service at the Harvard Law School, and as an Assistant Professor at Senzoku University in Japan. Abe teaches in the German and Arabic Translation programs at New York University.