According to the article, which was based on information obtained by French intelligence agencies, the civil uprising against President Bashar Assad in Syria has significantly reduced the flow of money to the Lebanese terror group.

While Hezbollah General Secretary Hassan Nasrallah appeared to be in high spirits recently during a rare public appearance in a suburb of Beirut, his organization is experiencing a severe financial crisis, French daily Le Figaro reported over the weekend.

Moreover, the report said, Iran has recently cut its financial aid to Hezbollah by 25% due in part to the international sanctions imposed on the Islamic Republic over its nuclear program. 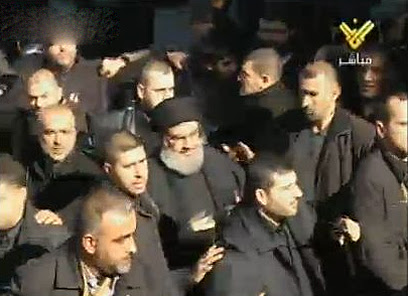 Le Figaro said the financial crisis has led some Hezbollah terrorists to deal drugs in north Lebanon. Just last week US prosecutors indicted a Lebanese national who they said led a massive international drug smuggling ring with links to Hezbollah.

The US Treasury and the FBI have banned American organizations from donating to Hezbollah, which is designated under US law as a terrorist organization.

Last month Nasrallah claimed Hezbollah had unraveled a web of CIA informants and officers in Iran and Lebanon. According to Le Figaro's report, the network caused significant damage to the Shiite group.

Hezbollah's financial woes are also the result of corruption, the report said. According to Le Figaro, the terror group's investment manager had embezzled close to $1.6 billion.

The report said that during a speech in Beirut two weeks ago Nasrallah chastised the organization's female members for becoming, as he put it, too "bourgeois" and spending too much of the organization's money. Le Figaro said this was yet another indication of Hezbollah's dire financial situation.

The French daily claimed that the murder of former Lebanese prime minister Rafik Hariri in 2005 was planned by top Hezbollah commander Imad Mughniyeh, without Nasrallah's knowledge.