Egyptian Author: We Tried Islamic Rule for 1,400 Years and It Failed

Following are excerpts from an interview with Egyptian author Sayyid Al-Qimni, which aired on Al-Arabiya TV on February 23, 2012. 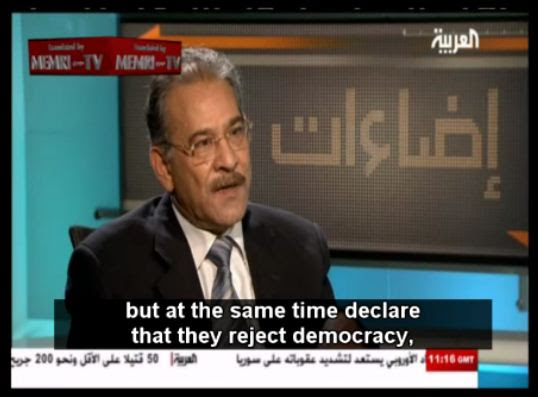 The Muslim Brotherhood and Al-Qaeda "Differ In Degree, But Not In Their Nature"

Interviewer: "Almost everybody agrees that the people you were talking about, who have entered Egyptian parliament – the Muslim Brotherhood and the Salafis – differ from the jihad organization and from Al-Qaeda, who are represented by Al-Qaeda in Iraq, and renounce their actions. Why do you lump them all together?"

Sayyid Al-Qimni: "For one thing, they differ in degree, but not in their nature. For another thing, when some groups say they are conducting political activity, but at the same time declare that they reject democracy, and that man cannot make laws unto himself, since Allah alone makes laws – that is exactly what Al-Qaeda and other such groups say. Therefore, the difference is not in nature, but in timing – one moment they say something, and the next moment they deny it…"

Interviewer: "But you consider them to be a single group."

Sayyid Al-Qimni: "Under a single roof. They stand on common ground, because ultimately, their source of authority is one and the same. […]

Egypt Should Not Favor Islam Over Other Religions

Sayyid Al-Qimni: "Who said that the amendment of the second article [of the constitution] would lead to bloodshed in Egypt?"

Interviewer: "They are the ones who said it."

Sayyid Al-Qimni: "One of their MPs, Mamdouh Ismail – who called to prayer in the middle of a parliamentary session… He was not the only one. They all said that any attempt to meddle with the second article of the constitution would mean that blood would flow in the streets of Egypt. The second article says that Islam is the religion of the state, and that the shar'ia is the main source of legislation."

Interviewer: "Are you calling for the amendment of this article, sir?"

Interviewer: "In what way?"

"Second, religion appeals to one's reason and conscience. The state is an entity that cannot be described as 'Muslim' or 'Christian.'

"Third, as I have repeatedly stressed, Islam does not contain a concept of 'statehood' as we understand it.

"Fourth, the statement that the shar'ia is the main source of legislation is constantly being exploited, whenever the need arises, against liberties, and against those who hold a different creed. This is not merely a 'decorative' article, as they claim. They implemented it in the past against the late Nasr Hamid Abu Zayd, and against many others. It is implemented against Christian Egyptians, in matters pertaining to personal status. In a conflict between a Christian mother and father who converted to Islam, her children are removed from her custody, even if they are infants, and custody, is awarded to the father, because he subscribes to the better religion. This article rips society apart."

Interviewer: "You do not believe that one religion is better and more perfect?"

Sayyid Al-Qimni: "All religions are from God. In my view, there is no religion that is better than the others." […]

Interviewer: "Do you mean to say that there is no such thing as a state in Islam?"

Sayyid Al-Qimni: "There is no mention of a state in the political sense in the Koran or the Sunna."

Interviewer: "Dr. Sayyid Al-Qimni, are you saying that the notion of a state is a modern notion?"

Interviewer: "So it cannot be turned into a religious notion?"

Sayyid Al-Qimni: "It is impossible to do so."

Interviewer: "Is there no example of a religious state among non-Muslims, throughout the course of history?"

Sayyid Al-Qimni: "There have been examples, and they were just as bad and oppressive. We had a caliphate, and those were the worst years for the Muslims and non-Muslims alike."

Interviewer: "Which caliphate are you referring to?"

Sayyid Al-Qimni: "The caliphate that continued from the Umayyads until the fall of the Ottoman Dynasty."

Interviewer: "What about the Caliphate of the Righteous?"

"Take the dispute with regard to the Caliph Uthman. The battle between 'Aisha and Imam Ali [in 656 CE], the battle between Imam Ali and the Umayyads [in 657 CE], the pelting of the Ka'ba with catapults [in 692 CE], the sanctioning of a strike on Al-Madina, and the impregnation of a thousand virgins, the daughters of the Prophet's Companion…"

Interviewer: "What is your source regarding the impregnation of 1,000 virgins?"

Sayyid Al-Qimni: "There is not a single Islamic source that does not mention this. Do these matters pertain to Allah? Can I say that this is the state of Allah, in which His people fight one another? Did they fight for the sake of Allah? Either 'Aisha was justified or else Ali was justified, and we can't say things like that. We cannot say that either 'Aisha or Ali were believers or infidels. This is a struggle about worldly matters, not about religion. The moment we bring religion into it, we start never-ending civil strife."

Interviewer: "So the notion of a state must never undergo a religious metamorphosis."

"Christians Know Everything About Islam… Muslims, On the Other Hand, Know Nothing About Their [Christians] Brethren's Beliefs"

Sayyid Al-Qimni: "Christians know everything about Islam from TV, from the Friday sermon, from the call to prayer, from the preachings he hears from five mosques around him, each one calling to prayer in a louder voice, each in his own tune, competing for 'customers.' They all have deep strong voices, and keep singing louder, to attract 'customers.'

"These people introduce Islam to the Christians. Christians learn Koranic verses and hadiths at school, in the framework of Arabic language lessons. Moreover, he lives in Muslim society, and he knows how the Muslims think.

Interviewer: "You are referring to official TV, not private channels. They are private Christian channels."

Sayyid Al-Qimni: "Yes, official TV. Until recently… You're talking about the past year and a half. The great change took place only a year and a half ago, but before that, the discourse was only that of Muslims. Bring some priest to talk to the people and tell them…"

"Despite All the Negative Consequences of This [Arab Spring] Movement at Present, They Will Not Remain Negative"

Interviewer: "So you think that the revolution brought about positive change?"

Sayyid Al-Qimni: "Everything that happened was bound to happen, because if we had remained as we were, we would have been a nation of dead people. Despite all the negative consequences of this movement at present, they will not remain negative. And that's just in the short term…"

Interviewer: "So you are optimistic about the future?"

Sayyid Al-Qimni: "Yes, in the long run. The people will test [the Islamists in power]. They say to the people: 'We will rule you according to Islam. Test us.' What does that mean? Haven't we tested you already? They say: 'You have tried socialism, you have tried capitalism, but you haven't tried Islam yet.'"

Interviewer: "So why don't you try it?"

Sayyid Al-Qimni: "We have tried them for 1,400 years. Has this people lost its memory, or what?"

Interviewer: "You mean from the advent of Islamic prophecy?" 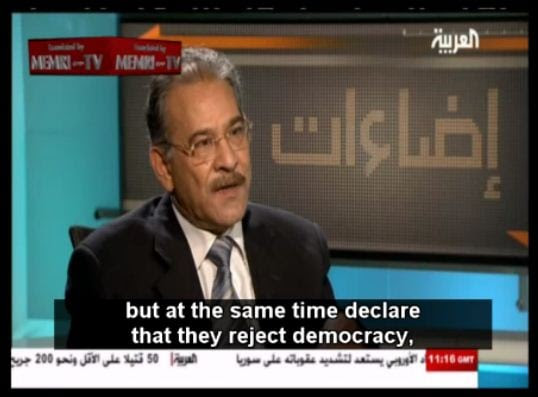 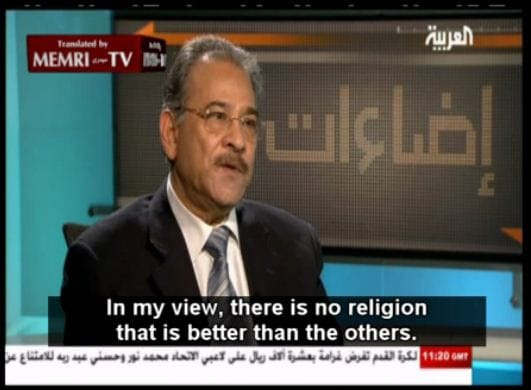 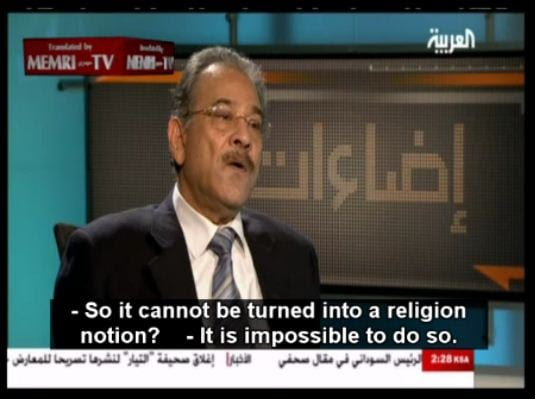