US Watchdog: Israel is Mideast’s only 'Free' State 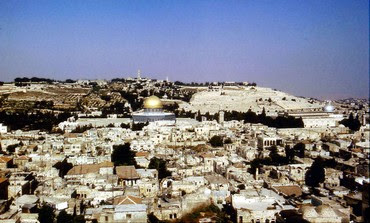 Jerusalem Photo: Wikicommons
Israel is the Middle East’s only “free” state, the US-based Freedom House wrote in its annual report last week, a ranking in stark contrast to claims by the country’s critics – both domestic and international – who argue that the Jewish state’s democratic values are steadily eroding “Israel remains the region’s only free country,” read the report, called Freedom in the World 2013, released just days before Israel goes to the polls.

“In recent years, controversies have surrounded proposed laws that threatened freedom of expression and the rights of civil society organizations,” the report read.

“In most cases, however, these measures have either been quashed by the government or parliament, or struck down by the Supreme Court. Israeli politics have also been roiled by an escalating controversy over the role of ultra-Orthodox Jews and their positions on issues such as military service and gender equality.”

Israel’s ranking is completely dissimilar to that given the West Bank and Gaza – one under Palestinian Authority control and the other under Hamas rule – which are both classified as “not free.”

Likewise, the report found, Israel is surrounded by countries where freedom is not exactly the watchword.

The report, which ranks the world’s countries by political rights and civil liberties, characterized Jordan and Syria as “not free,” and Egypt and Lebanon as “partly free.”

Of the “worst of the worst” countries, the nine countries given the absolute worst ratings in the world, two were in the region: Saudi Arabia and Syria. Sudan was also rated in the bottom nine.

Algeria, Bahrain, Iraq, Iran, Oman, Qatar, the United Arab Emirates and Yemen all also received the “not free” ranking, and Tunisia, Kuwait, Libya and Morocco were defined as “partly free.”

According to the report, during his early years in power Erdogan pushed through important reforms that enshrined civilian rule, enhanced fairness at the polls, and made halting steps toward greater minority rights.

“More recently, however, his government has jailed hundreds of journalists, academics, opposition party officials, and military officers in a series of prosecutions aimed at alleged conspiracies against the state and Kurdish organizations,” the report read.

“Turkey currently leads the world in the number of journalists behind bars, and democracy advocates are expressing deep concern for the state of press freedom and the rule of law,” the report read.

According to the report, “the past year has provided more evidence that Middle Eastern countries long subject to the dictator’s heel are quickly developing resilient and informed civil societies willing to push back against attempts to curb freedom of expression and thought, distort the electoral process, or concentrate power in the hands of military or religious authorities.

“In this context, factions or governments that seek to reduce freedom could find it increasingly difficult to do so.”

At the same time, “while the Middle East experienced some of the most significant improvements, it also registered major declines, with a list of worsening countries that includes Iraq, Jordan, Kuwait, Lebanon, Oman, Syria, and the United Arab Emirates.”

In the Freedom House ratings, a “free” country is one where there is open political competition, a climate of respect for civil liberties, significant independent civic life, and independent media.