Saudi Columnist: The Jihad In Syria Is Jihad For Satan, Not Allah


On March 26, 2014, a video was posted on YouTube showing two Saudi youths being executed by Jabhat Al-Nusra (JN) on charges of fighting for the rival jihad group, the Islamic State of Iraq and Syria (ISIS).[1] In response, Saudi columnist Dr. Muhammad Al-Harbi published an article in the Saudi daily 'Okaz in which he harshly attacked the phenomenon of Saudi youths traveling to wage jihad in Syria.

Al-Harbi claimed that the fighting in Syria was not jihad for the sake of Allah but rather "jihad for the sake of Satan" and a deviation from Islam. He condemned the preachers and clerics who urge the youth to travel to Syria, accusing them of exploiting the naivety of these youths and their desire to carry out jihad. These clerics, he said, push the youths to join a war they have nothing to do with and provide the extremist terrorist organizations that are fighting each other in Syria with cannon fodder in the form of young fighters from Saudi Arabia and other countries. Al-Harbi called on the Saudi authorities to not make do with the Munasaha program (which provides guidance to mujahideen returning from foreign jihad fronts) but rather to establish an entire system in the Saudi mosques, schools and media to fight extremism and quench it "with an iron fist."

The following are excerpts from the article:[2] 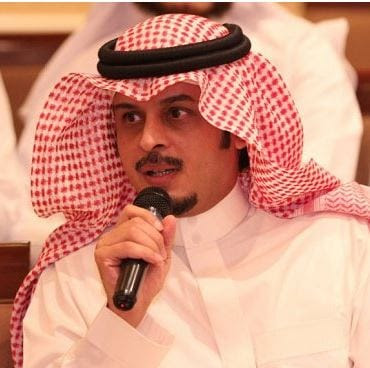 Death In Syria Is Death For The Sake Of Satan; Allah Forbade Waging War Against Our Fellow Muslims


"'Abd Al-Rahman Al-Shumari and Hamoud Al-Saqri, two Saudi youths from Riyadh, were executed in cold blood and in the most heinous of ways. [Their execution] was filmed in order to burn sorrow into the hearts of their parents, families, loved ones, homeland, and the [entire] human race for the rest of their lives.


"The leaked YouTube video of 'Abd Al-Rahman and Hamoud's execution in Syria revealed the ugly face [of what awaits] those who continue to believe that the jihad there is jihad for the sake of Allah... and the ugly faces of those who preach fitna [civil strife] and encourage the [idea] of death and forbidden bloodshed [i.e. the killing of Muslims]. Furthermore, [the video] revealed the despicable and evil side of those who seduce the youth in order to steal their souls... having pushed them into a war they have nothing to do with and having sold their lives cheaply for a cause that is unjust, especially since their blood, spilled on Syrian soil, achieves no justice over there, in any way!!


"The leaked YouTube video also revealed that those fighting in Syria are Muslims who have deviated from just Islam in their thinking, and have become nothing but pawns in the hands of extremist terrorist organizations who falsely and deceptively don the cloak of religion. These organizations fight amongst themselves and require human shields and victims imported from our country and others, who are easily smuggled to them by false preachers and sheikhs... The satellite channels and social networks open their doors to [these preachers and sheikhs] so they can incite, steal young minds, and toy with [the young people's] faith, while exploiting their desire to attain 'the pinnacle of Islam' [i.e. jihad]. And indeed, [these youths] go there blindly and without thinking, leaving behind wounded mothers and wives, sons and daughters, who are doomed to be orphaned and face perdition.


"Muslims kill fellow Muslims while their real enemy is a few kilometers away, in Israel! Right there in the occupied Syrian Golan! But they do not dare fire a single bullet at it because they are cowards and collaborators, and are betraying their religion, countries, nation, and humanity!! Not just because [Israel] is stronger than they are, but because [Israel] is not [even] part of their priorities and because those who initially incited them work towards the success of the Zionist enterprise in the region. This is the truth, whether you like it or not."


We Require A Total War Against Extremism


"The false jihad in Syria was never anything but death for the sake of Satan, and was never [jihad] for the sake of Allah. To prevent [the events shown in] this tragic video from recurring, we must urgently establish an entire system to fight this deviant idea that led 'Abd Al-Rahman and Hamoud [to Syria]. It is not enough to send them messages via the media to return [home], and it is not enough to [implement] the counseling [program] for those returning [from jihad fronts]. Rather, we must immediately act in the homes, mosques and schools.


"Every father and mother should be aware of their responsibility to watch their children, educate them, condemn extremist thought on their part, keep an eye on their circle of friends and help them choose [their friends]. Furthermore, there is no escaping [the need to] reexamine the education system and focus on retraining teachers before developing or changing the curricula. We must [also] choose mosque preachers well and follow their sermons, restrain all those who preach fitna and encourage [their followers] to travel abroad for wars, and prevent their appearance on satellite channels and media outlets. As we all know, prevention is better than treatment, and therefore we must formulate a plan to combat deviant thought [and fight it] with an iron fist."