Israel's envoy to Moscow will represent Jerusalem at ceremony marking 70 years since victory over Germany, leading to Russian assessment that the decision not to send a higher-ranking dignitary is related to Putin's sale of S-300 missiles to Iran.


Israel will not send a representative to Russia for its ceremonies marking 70 years since the Red Army defeated Nazi Germany, which are set to take place in Moscow's Red Square on May 9. Furious responses in Moscow have suggested that the decision was a reaction to Russia's sale of S-300 missile defense systems to Iran.

Russia extended similar invitations to most of the world's countries. Many Western nations declined amid tensions over Moscow's military intervention in Ukraine. 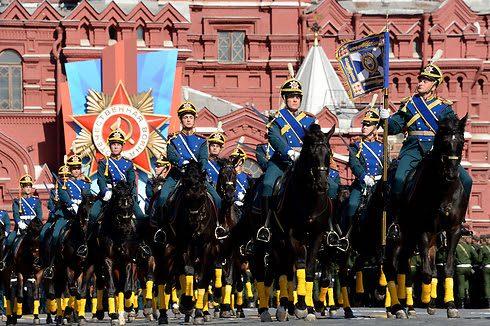 But Russia expected Israel to send a high-level representative because of its high concentration of Russian veterans of World War II.

The Foreign Ministry held discussions on the question of Israeli representation at important Russian ceremonies. The possibility of sending President Reuven Rivlin was even raised at one point, but the idea was nixed because he is scheduled to visit Germany.

The option of sending Prime Minister Benjamin Netanyahu or Foreign Minister Avigdor Lieberman was also taken off the table, partly in order to avoid angering the United States and Western countries, which decided to send low-level dignitaries.

The fact that the ceremonies in Moscow will take place on Saturday posed another problem. 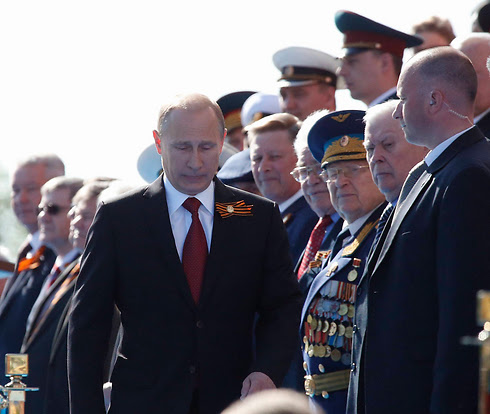 The Foreign Ministry eventually decided to send Minister of Immigrant Absorption Sofa Landver. But this weekend it declared that Israel's ambassador to Moscow, Dorit Goldner, would be sent instead.

Russian media outlets reporting on this decision called it a slap in the face to Moscow. Members of Russia's parliament were also angered by the Israeli decision.

The Kremlin's assessment is that the change of heart is connected to anger in Jerusalem over Putin's decision to sell the S-300 to Iran, against Israel's express wishes.
Israel has chosen to avoid official comment on the matter, but officials in Jerusalem who asked to remain anonymous confirmed that it was difficult not to see a direct link between the two decisions, even if there were additional reasons to settle for sending a more low-level representative.
Israeli anger towards Moscow was evident in Netanyahu's at the weekly cabinet meeting on Sunday. "Israel takes Russia's sale of S-300 missiles to Iran very seriously, and this is at a time when Iran is increasing its aggression in the region and all around Israel's border," he said.

"Israel also takes very seriously the fact that there is no mention of this aggression in the nuclear deal that is being developed between world powers and Iran. There is no stipulation that Iran must stop this aggression, whether as a prerequisite for the deal or as a condition for removal of sanctions."