Iranian Writer In Open Letter To Khamenei: 70 Million Iranians Pay The Price Of Your Pride And Hatred - MEMRI


Deyhimi, whose statements took the form of an open letter to Khamenei, accused the Iranian leader of violating the law and sacrificing the aspirations of 70 million Iranians to satisfy his personal pride. He claimed that he could no longer bear the people's misery and shame and invited Khamenei to a session in court to decide which of them was right. He also attacked the increasing presence of the Islamic Revolutionary Guard Corps (IRGC) in the social arena, and stressed that he feared neither Khamenei's mercenaries nor imprisonment.
Previously, on October 12, 2014, Deyhimi attacked the head of the judiciary, Sadeq Larijani, on his Facebook page, and said he was disgusted and fed up with the regime's corruption and attempts to cover it up. He criticized the systematic oppression conducted by the judiciary, led by Khamenei, against Iran's citizens and invited Larijani to publicly debate him.
The following is Deyhimi's Facebook post, which was quoted by an Iranian oppositionist website: [1] 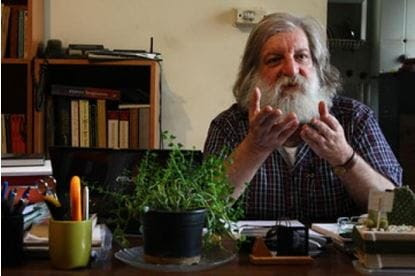 Deyhimi To Khamenei: I Can No Longer Bear The Shame And Lies. Come To Battle, If You Are Prepared


"Thus far, I have spoken to your servants and mercenaries, and perhaps you thought I would not dare to address you directly. You guessed wrong. The citizen is not afraid. I swear to God that it is your fate I am thinking of. You cannot and should not sacrifice the ambitions of 70 million [Iranians] for your pride and personal animosity [towards the U.S.].

"I am not writing from outside Iran. I am right here where your mercenaries are. But despite my moderation and patience, I can no longer [bear to] see the misery of the people, which stems from your [personal] desires. I am not subversive. It is you who are subversive and you who are a servant. I am a free man, so go ahead and send your mercenaries. I will die under torture. If you know the law, then I invite you to court and we can see which of us leaves there with his head held high.

"I can no longer bear all the shame and lies. If you are a man prepared to do battle – then come, otherwise send your mercenaries to me as well. My children, who are pure of thought, are [already] in prison. There is no longer any fear. Add another [prisoner] to them... I have sought nothing but the good of the people, and unlike you, I haven't said anything that is against the law. My name and address are known. I await your mercenaries. All the best."

A few hours later, Dayhimi deleted the post and wrote: "Following requests from my friends and after rereading my words, I have deleted the recent [post], since what was written there was unbefitting of a citizen. I thank all my friends and apologize."[2]

Dayhimi To Judiciary Head Sadeq Larijani: We Have Seen What Has Become Of Greater Men Than You Who Told Lies

"Mr. head of the judiciary!

"Once again you threaten! You know nothing but threats, intimidation, arrests, and lashings. There is a whip in your hand [but] morality is in my heart. You threaten to summon [for questioning] citizens who speak out against the corruption in the regime. They decry not only financial corruption but also moral corruption, lies, and usurpation of rights. I too can threaten. Justice, and not you, is my marja [Shi'ite jurisprudent]. You speak of exaggeration in the [claims of] corruption by the regime, and I [speak of] its cover up by the regime.

"Law breakers, corrupt mediators, liars, and accusers travel throughout this country without a worry, and if anyone says anything against any of them, he is accused of exaggerating the regime's corruption and is punished... Even greater men than you in history have told lies, but we have seen what became of them. I speak of the law, which is neglected in this country...

"I invite you to court under your management and according to the constitution. Come to a public trial and respond to the accusations of a simple citizen. Otherwise, I know you have [notorious detention centers such as] Kahrizak. Do not think that civilian courage is dead. I am not afraid of you or of your lies and exaggerations. The people has already judged and will judge in the future as well. Today you sit in the seat of power and are proud of it. I have no seat. My fortune and strength are my human dignity. Even if my body bends from the load of your might, my heart remains proud. You are the one who bends, so do not be proud. History will show what each of us will do to the other.

Copyright - Original materials copyright (c) by the authors.
Posted by Sally Zahav at 1:09 AM