Egyptian cleric Mostafa Al-Adwy gave a two-part interview about Jihad on Al-Rahma TV in May 2015. Sheikh Al-Adwy explained that there are two types of Jihad: While defensive Jihad is aimed at protecting Muslim lands from invading non-Muslims, in offensive Jihad, Muslims raid countries in order to oust their leaders and usher people into Islam in droves. He further said that although Western countries allow the spreading of Islam in the West, Muslims should not allow the promotion of Christianity in their countries.

Interviewer: "Defensive Jihad takes place when an enemy invades a Muslim country."
Mostafa Al-Adwy: "Obviously, the Muslims must fight this enemy, or serve the people fighting, so that they can continue their Jihad. 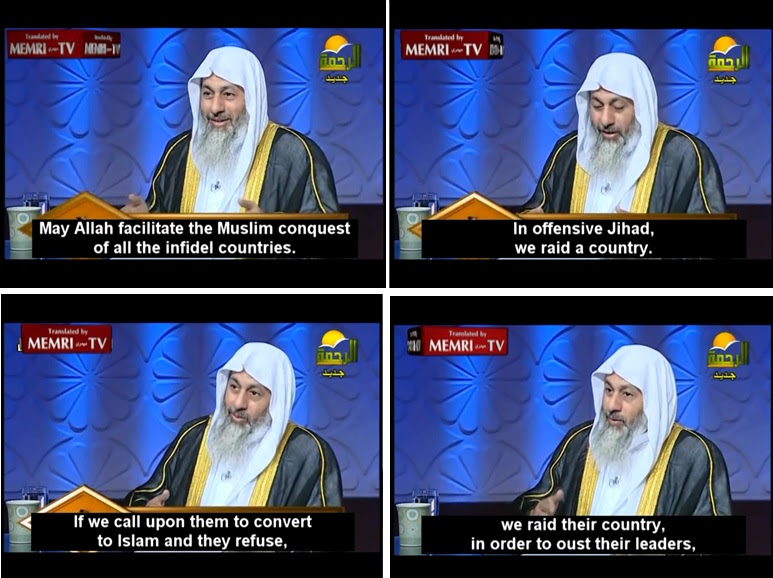 "Offensive Jihad, on the other hand, occurs when we want to conquer some country. May Allah facilitate the Muslim conquest of all the infidel countries. In offensive Jihad, we raid a country. If we call upon them to convert to Islam and they refuse, we raid their country, in order to oust their leaders, and usher people in droves into Islam."

Interviewer: "When Sadat, God's mercy upon him, signed the Camp David accords, he declared: 'No more war'..."

Mostafa Al-Adwy: "That pertained to his lifetime. Could he promise that there would be no war until Judgment Day?"

Interviewer: "But there are signed accords. The Camp David accords state that there will be no wars with the Zionist entity."

Mostafa Al-Adwy: "Why did you call it 'the Zionist entity'? It's the Jews. By calling it 'Zionist entity' you are diverging from the Islamic legal texts. Consequently, I cannot issue a religious ruling about it. If you ask me about a Jew, I have an answer from the Quran and the Sunna." 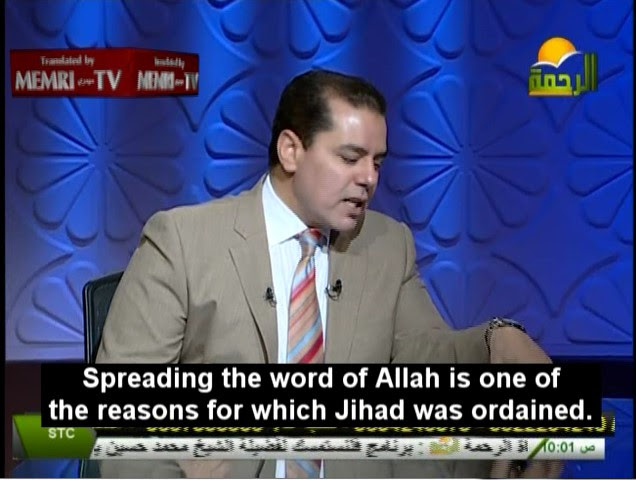 Interviewer: "Spreading the word of Allah is one of the reasons for which Jihad was ordained. If the Muslims are prevented from engaging in da'wa, Jihad is legitimate. What if there were treaties allowing Muslims in the infidel West to spread Islam, and in return, the infidels could spread their heresy in Islamic countries? Would this settle the issue?"
Mostafa Al-Adwy: "Of course not."
Interviewer: "But they do not prevent the spreading of Islam."
Mostafa Al-Adwy: "But you must not allow the spreading of heresy." 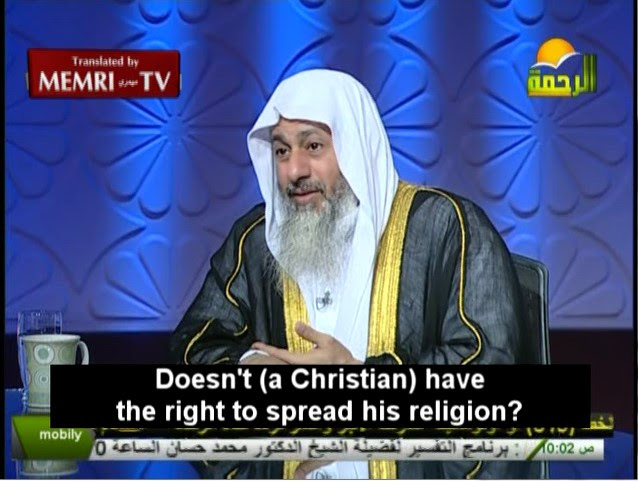 Interviewer: "Doesn't [a Christian] have the right to spread his religion?" 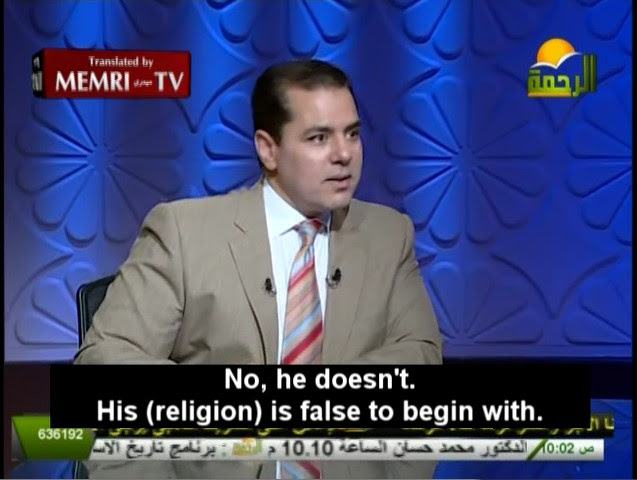