Neither the great many supporters of Israel whom I know personally nor I want anything but the best possible future for the Palestinians. No one I know hates the Palestinians. What we do hate are the organizations that exploit and dominate the Palestinian people, that deny them the right to vote for new governments, the culture of hatred in Palestinian mosques, schools, and political speeches, and the acts of terror and war that have been directed at Jewish, Muslim and Christian Arab Israelis for many decades. It is the hatred and the violence we deplore, knowing as we do that this hurts not only Israelis, but that, since 1948, it has been blocking Palestinians from achieving their true potential.

We believe sincerely that boycotting, sanctioning and divesting from Israel will not bring peace so long as the Palestinian leaderships in Gaza and the West Bank insist that they intend to destroy Israel and take control of its entire territory.

Your latest resolution to boycott Israel is in defiance of historical, geographical, political and legal fact. Your motions are built on a pastiche of lies, misunderstandings, and distortions of reality. That worries me. It worries me because I expect today's university students to be as earnest in their pursuit of truth and fact as I was trained to be when I was in their position. It is not your fault. You study the sciences or philosophy or literature or European history, and you do not have historical, political, or sociological training to equip you to comment or write motions on the situation in the Middle East.

If you cannot read Arabic or another Islamic language, if you have never studied Islamic history, doctrine, scripture or civilization, if you know little of the modern history of the Middle East from the collapse of the Ottoman empire until today, if you rely entirely on propaganda put out by pro-Palestinian activists, if you refuse to listen to or take on board the views of scholars and others from the Israeli point of view, you are in denial of all the best values of objective enquiry of the academy. I do not meddle in physics, medicine, Chinese affairs, or Latin American politics because I have no expert knowledge of any of them. Ignorance is not a substitute for informed understanding.

By acting as you do, you undermine the most basic principles on which the academy is founded, principles from which you draw the justification for your studies and the worth of the degrees you will at last have, and which you will employ as guarantees of your later success in life. Those principles, without which no university can possess even a shred of authority, include freedom of speech and authorship, open and free debate, vigorous argument built on reason and logic, and, perhaps most importantly, the consideration of both sides to any dispute.

You all know that an essay that uses sources from one side only will be failed. However forceful the argument, if it gives no space to the views of those with whom the writer disagrees, it will -- and should be -- rejected. No doubt, one-sidedness works well as a foundation for political success, not least in the use of propaganda. But it is an insult to the values of academic life.

We in Britain enjoy freedom to present controversial views, unlike the teachers and students in countries such as Iran, Saudi Arabia, Russia, China, Pakistan, Egypt and a host of other states, where disagreeing with official religious or political views can lead to arrest, imprisonment, and even death.

For the sake of students living in totalitarian states across the globe, we in the liberal democracies are obliged to take advantage of our freedom to debate. But that does not mean allowing ourselves to be swayed by manifest "agitprop," distortion or factual inaccuracy. And it does not permit us to ban opinions on a racist basis (as is the case with academic boycotts of Israeli Jews). There is no sign in the motions you passed of Israeli opinion, just the views of one side.

You make no mention of the extraordinary good Israel does in the world, its medical aid for thousands of Palestinians in Israeli hospitals and clinics, its life-saving surgery for Palestinian children with heart defects, its international aid following disasters around the world -- Haiti, the Philippines, South Sudan and, most recently its provision of the largest medical aid team in Nepal.

You are silent about the Israeli treatment of injured Syrian refugees, the major role it plays in advancing agriculture in Africa and other parts of the Third World, and its growing work with advancing countries such as India and China.

You say not a word about the fact that Israel is the only democracy in the Middle East, the only country in the region to give full equal rights under law to women and members of the LGBT community, to protect its Christian, Muslim and Baha'i minorities and their holy places, you say nothing [on] its full civil rights for Israeli Arabs, or its strenuous efforts to end discrimination against them.

The world you live in is upside-down: you claim to act in defense of human rights, but your motions do not reflect this. You give free passage to the worst abusers of human rights -- countries that persecute religious minorities, suppress and kill women, throw homosexuals from high roofs, execute hundreds of dissidents every year, imprison, torture and slaughter -- without rebuke. Yet you fulminate against Israel, which does none of those things. It does not use torture, it does not execute anyone, not even Palestinian terrorists who have committed mass murder against innocent civilians and children -- and all this while being forced to defend itself against more wars, more terrorist attacks, and more hatred than are suffered by the rest of the world combined.

In one motion, you condemn Israel for its invasion of Gaza in 2014, but say not a word about the simple fact that the war was started when Hamas and Islamic Jihad fired dozens, then hundreds of rockets into civilian areas in Israel's south. It is a plain matter of international law that Israel defended itself by retaliating against its enemies.

You do not even mention two reports by Human Rights Watch and Amnesty International stating that the war crimes were carried out by Hamas, and that many of the Gazan citizens who died were, in fact, killed by Hamas rockets.

Are you proud of yourselves to be involved in a campaign against Israel that is being described by more and more legislatures as a modern expression of anti-Semitism, almost identical to the Jew-hatred of Nazi Germany? Are you unaware that anti-Semitism, a deadly form of racism, is growing in Britain and across Europe, and that much of this is directly funded and fostered by the anti-Israel campaigns?

Do you support people like the marchers in London, Amsterdam, and many other cities who have walked on our streets chanting "Hamas, Hamas, Jews to the gas"? Is that something that left-wing students in the UK find endearing or proper? Why do none of you campaign against that? Why do you not expel members who subscribe to that philosophy? Are you happy to share your campuses with people who want to kill Jews?

You rightly oppose Islamophobia, but act willingly to foster anti-Semitism, which is by far the larger prejudice. There are many more attacks on Jews in Europe (including the UK) than on Muslims, yet one only ever sees "liberal" students marching hand in hand with Muslims who call for the destruction of Israel and support some of the world's most bloody terrorist groups.

Should your conference not have addressed that degree of bigotry instead of battening on a democracy that can serve as a role model across the region in which it is located?

You support Boycott, Divestment and Sanctions (BDS), yet ignore the fact that many years of boycott campaigns against Israel have proved totally useless. Israel today is a leader in medicine, science, technology, business and humanitarian relief. Other countries flock to it to benefit from its high level of expertise. Growing numbers of the world's major companies from Apple to Google and, very soon, Alibaba, are opening major R&D centers there. Investors from almost everywhere are ploughing money into the staggering list of Israeli start-ups. BDS is a failure. Why should you think your resolution to boycott Israel will make the slightest impression on the sixth largest country, economically, in the world? It is a mere irritant that sends out a false message that tells the world more about you than about Israel.

Your prejudice is as appalling as your refusal to act fairly and honestly. Criticize Israel if you must, but at least learn that it does great good for mankind and that the best hope for the Palestinian people, with whom you express solidarity, does not lie in further acts of terrorism and warfare, nor in defiance of international legal norms, but in encouraging the paths to real peace: free speech for the Palestinians, and freedom from their own barren leaders, who hope to keep their jobs-for-life by deflecting blame for their own corrupt governance onto their neighbor. You could insist on their ending their incitement, which is only radicalizing the Palestinians to turn to the waiting arms of Hamas and ISIS. Why not encourage the Palestinians to accept Israel's frequent offers to help them actually build their infrastructure and economies?

BDS motions do not help. Before your next conference, perhaps you might take on board the informed opinions of people who know their way around the Middle East. Many will condemn Israel, for it is popular to do so, and no one likes to be thought out of fashion; but others will tell a very different story, and it is your duty as college and university students to an equal hearing of their views.

If you do not do this, you can only shame yourselves and the generation of students whom you represent. Please restore our faith in the ability of young people to listen, to be open-minded and to be fair.


* This article was taken from a letter sent to the Executive Council of the National Union of Students (NUS), an umbrella organization representing 600 student unions across the UK, calling them to account for voting to boycott Israel. The NUS, which comprises 95% of higher and further education unions in the country, is heavily politicized and tends to be strongly leftist in orientation. At a meeting of the Executive Council on June 2, 2015, the Council passed a motion to boycott Israeli companies and to affiliate to the Boycott, Divestment and Sanctions movement. 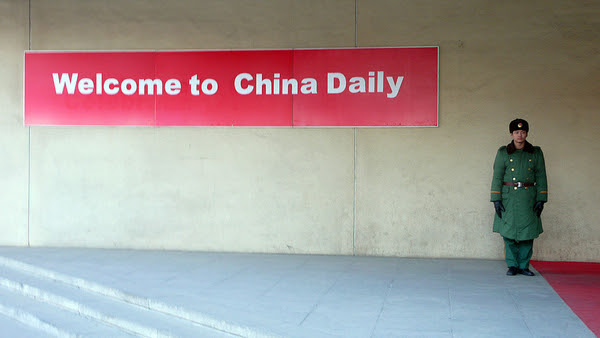 The stage at the National Conference of the UK National Union of Students, June 1, 2015.

Copyright - Original materials copyright (c) by the authors.
Posted by Sally Zahav at 1:13 AM