Editor Of Iraqi Daily: The Arabs And Muslims Must Acknowledge Their Direct Responsibility For The Terror Sweeping The World - MEMRI

Following ISIS's November 13, 2015 terror attack in Paris, the executive editor of the Iraqi daily Al-Mada, 'Adnan Hussein, published a harsh article titled "This Is Our Terror, We Are Responsible," in which he stated that all Muslims, Sunnis and Shi'ite, bear direct responsibility for the terror that is sweeping the world.

He said that the curricula, the media and the mosques in the Muslim world constitute a platform for inculcating a barbaric kind of Islam that condones beheadings and bloodshed, whereas the voice of the other kind of Islam, which preaches peace and compassion, is barely heard. This religious extremism, which presents the Muslims as the best of nations and all others as infidels bound for hell, has pitched young Muslim into "a holy world war" against the rest of humanity, he stated. He called on Muslims to acknowledge this and to enact comprehensive reforms to change the rhetoric in the schools, mosques and media.

The following are excerpts from his article:[1] 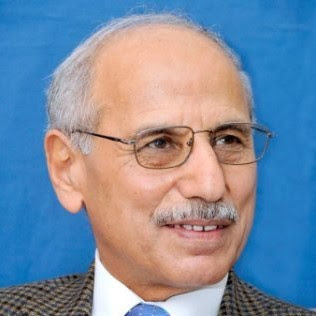 "We cannot shake off our responsibility for the new and terrible terror attack that recently struck Paris, the French capital. We, the Arabs and Muslims, cannot renounce our direct role and our close connection to the terror attacks that have been flooding all the countries of the world, including our own countries, for two decades or more.

"In religion and history classes in elementary school, junior high, high school and later [even] in the university, they insisted on teaching us that we are the chosen [people], the best and most  glorious of nations, that our religion is the true religion and that we are the right group that will be saved [from hell],[2] whereas others are people of falsehood, infidels who belong in hell and are doomed to hellfire, whose killing is permissible and whose property and wives are ours for the taking. In these classes they presented us with examples, such as Koranic verses and Prophetichadiths that had been taken out of their historical context, so that we got the impression that the ruling was absolute and must be applied in every place and every time until the Day of Judgement...

"At the mosque or the husseiniyya [Shi'ite congregation hall and place of worship], they would sharpen our sectarian inclinations by inciting against the members of other religions and even of other [Muslim] sects, [calling them] Khawarij,[3] rawafid[a Sunni derogatory term for Shi'ites], nawasib [a Shi'ite derogatory term for Sunnis], deviants and apostates.

"Today our children and grandchildren receive in their schools, universities, mosques and husseiniyyas very large and strong doses of [that] sectarian religious [drug] that is spiritually and mentally deadly, while the sectarian religious television and radio stations, which broadcast around the clock and receive funds at the expense of schools and hospitals, strengthen its [effect even further]. Our children and grandchildren are engaged in a holy world war against all others, no matter what their religion, sect or nationality. This environment gave rise to the extremist Islamic groups, which were fertilized by poverty, unemployment, marginalization, the usurpation of human rights and individual and collective freedoms, and the violation of honor, which were sometimes carried out in the name of pan-Arabism and sometimes in the name of religion or sect.

"We cannot escape our responsibility for terror, and no excuses will avail us. First we must recognize [our responsibility], and apologize to ourselves and others and correct our ways from now on. We cannot do this without thoroughly rethinking our curricula and changing them from the root, from elementary school to university [level]. There will be no forgiveness unless we change the way religion is presented in the curricula, in universities, in mosques and in husseiniyyas, and on the radio and television stations. For the religion [as presented there] is not a religion of tolerance, peace, harmony, mutual responsibility and compassion. The religion [presented] in our curricula, universities, mosques and husseiniyyas, and on the radio and television stations, is a barbaric religion characterized by beheadings and bloodshed and which incites to steal, usurp, enslave and rape. The other, [compassionate,] religion, which some of claim is the true religion, has no presence in our lives. At best, its voice is feeble and heard almost by nobody, especially among the oppressed new generation that is marginalized and whose humanity is being compromised by poverty, rejection and injustice, and by the crazy curricula and fatwas."
[1] Al-Mada (Iraq), November 15, 2015.

[2] According to a hadith, the Prophet said that the Muslim nation would split into many different groups and sects, only one of which would be saved.
[3] The Khawarij broke away from the forces of Caliph 'Ali bin Abu Taleb and formed Islam's first religious opposition group.