In response to ISIS's November 13, 2015 terror attacks in Paris, Ghassan Charbel, the editor of the London-based Saudi daily Al- Hayat, wrote that these attacks are graver and more horrific than all the terror attacks the world has previously experienced, including 9/11, because of the intolerable ease with which they occurred and could occur again, and also because they could lead to a terrible clash between Arabs and Muslims and the rest of the world.

Charbel harshly berates the world's countries, and particularly the superpowers, who he claims allowed ISIS to establish itself and gain strength in Syria and Iraq. ISIS, he says, has declared war against the entire world, a war that threatens its security, stability, economies and human progress at large, and therefore the world must wake up before it becomes too late and declare a world war against terror. He states further that the Arabs and Muslims must be partners in this war, which threatens them no less than the Nazis once threatened Europe and the world. In this context, he urges them to eliminate all disseminators of extremism and hatred in the schools and mosques, on television and websites, and to conduct a thorough self-criticism and comprehensive ideological struggle against extremism.

Below are translated excerpts from the article:[1] 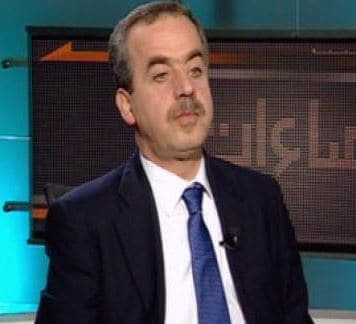 "The raid on Paris was worse than the [9/11] raids on New York and Washington. Murdering people after looking into their terrified eyes is much worse than crashing a plane into a building. The Paris massacre was much more horrifying than 9/11 in America. It involved barbaric field executions that could recur in any capital, without requiring planes or pilots. All it takes is a pack of benighted wolves that have drunk from the river of absolute hatred.

"The Paris raid was the worst, [for the following reasons:] It took advantage of the wounds already inflicted by the previous raids, pouring upon them heaps of salt and sulfur; it deepens the plan to segregate the Muslims and Arabs from the rest of the world; it pushes the Arab and Muslim communities into a terrible confrontation in the countries that host them; it built another tier in the plan to ignite religious wars and inter-civilization wars that negate [the other], and it heralds waves of hatred towards the refugees who have fled our cruel wars and societies. [This attack] is a deadly threat to the relations between countries, peoples, religions and individuals. It is a plan for global suicide. [ISIS leader] Abu Bakr Al-Baghdadi is more dangerous than [the late Al-Qaeda leader] Osama bin Laden. ISIS is more dangerous than Al-Qaeda. The world perpetrated a terrible crime when it allowed this black killing machine [ISIS] to become entrenched in large parts of Iraq and Syria, when [U.S. President] Barack Obama opted for the policy of abstaining [from action] and when [Russian President] Vladimir Putin waited for hunting opportunities in the Syrian lake of blood. What is true for them is also true for many other [leaders]."

"The world committed a major crime. It allowed 'Al Baghdadi's state' to feel safe and secure the minute it declared itself. It allowed it to seize oil fields, regulate tax collection and use the banks and the armies that it took control of. It allowed it to build itself strongholds and recruit extremists capable of placing technology in the service of [ISIS'] hatred and destruction program. It allowed [ISIS] to woo extremist officers from armies near and far, and gave it the time to set up planning centers and war rooms and create new generations of suicide [attackers].

"Do not say your country is far [from these events]. Do not delude yourself that your capital is well-protected. This is a war unlike anything we have previously experienced or read about. This is a world war [declared by ISIS] in order to clash with the entire world: with anyone who does not adopt its inflexible and closed-minded thought patterns and anyone who does not drink from the same fountain. Its objective is to take countries back to the Stone Age and transform [the members of] the Muslim diaspora and Muslim minorities into [living] bombs. [This war] is an comprehensive plan to eliminate the right to differ [in opinion or belief], as well as any possibility of coexistence and progress. This war is a pitch black night that is trying to extinguish the lights of liberty and dignity.

"In a war of this kind you have to choose sides. Don't evade and don't wring your hands. There is an urgent need to understand the origins of this predatory dinosaur. But take care not to justify the murder with the excuse that Muslims in Europe are marginalized and frustrated, and suffer from poverty and oppression here or there. Oppression does not justify the spreading of darkness. Nothing permits this itinerant slaughter.

"The matter does not concern [only] Syria, Iraq and the region where beheadings occur. The entire world is threatened. This is no exaggeration. Security, stability, tourism, the economy, coexistence and the world's prospects for progress are all under threat. Handling [this threat] must surely transcend the conflict between the Syrian regime and its opponents and between [Iraqi PM] Haider Al-'Abadi and his bitter foe [former Iraqi PM] Nuri Al-Maliki. [ISIS' decision] to launch a world war must be met with a decision of the same kind [on our side].

"The world must unite now, before it is too late. The UN must save the world's security and stability. The Security Council must resolve to launch a world war against terror. The superpowers must be responsible for carrying out this decision. This war requires a fleet of ships and planes as well as financial and media support. The Arab world has no choice but to help in saving itself, [by participating] in a war that will shut down all the strongholds that provide the extremists with the ability to fortify themselves, proliferate and carry out attacks. Alongside this war, we have no choice but to shut down the platforms of hatred towards the other and [engage in] a comprehensive ideological confrontation. There is no choice but to conduct thorough self-criticism that requires recapturing the universities, the schools, the mosques, the television screens and the websites from the control of those who spread takfir and deny the other…

"This is the hour of great decision. The world should launch this war now rather than later. The Security Council should formulate a firm international position and leverage all the nations' capabilities to defend human progress. The threat currently facing the Arab and Muslim world is no less great than the threat that Nazism [once posed] to Europe and the world. The world is at a crossroads. The decision to save human progress requires [statesmanship of] uncommon stature. Far more is required than [Sergei] Lavrov's adroitness and Kerry's naiveté. What is necessary is a world war against darkness, alongside an international willingness to wind up disputes on the basis of dialogue, justice and partnership. A delay in launching the war will only inflict new 'raids' upon the world."