Egyptian Novelist: Al-Aqsa In Palestine Is Not Koranic - MEMRI

Following are excerpts from the interview, which aired on the Egyptian CBC TV channel on December 3, 2015.

TV host: "Recent statements, attributed to Ziedan, about the Prophet Muhammad's nocturnal journey [isra], and his ascent to the heavens [mi'raj], caused an uproar in Egyptian religious circles and society."
Excerpts from a video of Youssef Ziedan
Youssef Ziedan: "Regarding the concepts of the isra and the mi'raj – the isra is mentioned in the Quran, but its meaning is different than commonly thought. The mi'raj, however, is not mentioned there. I don't know where they got it from.

"He also said that the Al-Aqsa Mosque in Palestine has nothing to do with the Al-Aqsa referred to in the Quran. Therefore, it is not the first direction of prayer for Muslims."
[…]
Interviewer: "Are you telling me that Jerusalem [Al-Quds] is not our holy city?

Youssef Ziedan: "Hamiqdash ['the temple'] is a Hebrew word. This is a Hebrew concept. The Christian [name of Jerusalem] is 'Aelia.' The Al-Aqsa Mosque, in my view, is not the one [in Jerusalem]. It cannot be.
[…]

"Our ancient religious scholars – Al-Waqidi, Al-Tabari, and many others – said that the Al-Aqsa Mosque... They said that the Prophet Muhammad, after being harassed by Quraysh [in Mecca], went to the city of Tai'f. On the road to Ta'if, there were two mosques: Al-Adna Mosque ['the nearest'] and Al-Aqsa Mosque ['the farthest']. The Quranic verse [17:1] talks about the Prophet's state of mind. He was confused, just like the prophet Abraham who said: 'My Lord, show me yourself that I may look at You'... Sorry, it was Moses. It happened to Abraham as well. Many prophets went through such confusion. The verse says: 'Exalted is He who took His Servant by night from the Al-Haram Mosque to the Al-Aqsa Mosque, the surroundings of which We have blessed.' At that time there was no prayers yet. So it was a place of worship. The place was well known. Otherwise, its location would have been specified. Therefore, Al-Waqidi and others said that these two mosques were on the road from Mecca to Ta'if."

Interviewer: "You mean the Al-Haram Mosque and the Al-Aqsa Mosque?"

Youssef Ziedan: "Yes. The Al-Aqsa Mosque [in Jerusalem] did not exist back then, and the city was not called 'Al-Quds.' It was called Aelia, and it had no mosques."
[…]
Interviewer: "Do you mean that the Al-Aqsa Mosque is not sacred to Muslims or Christians?" 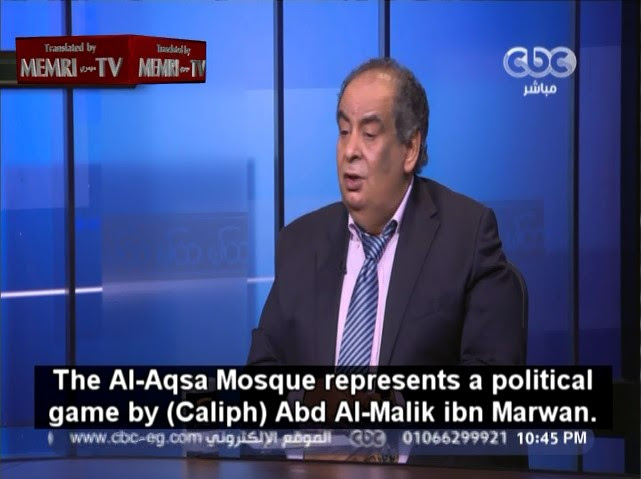 Interviewer: "So there is no justification for the war [over Jerusalem], and we should just leave Al-Aqsa, which has nothing to do with us?" 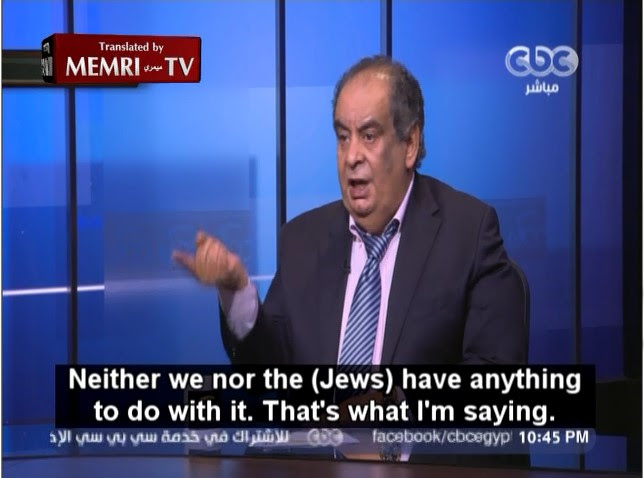 Youssef Ziedan: "Neither we nor the [Jews] have anything to do with it. That's what I'm saying. People should think about this." 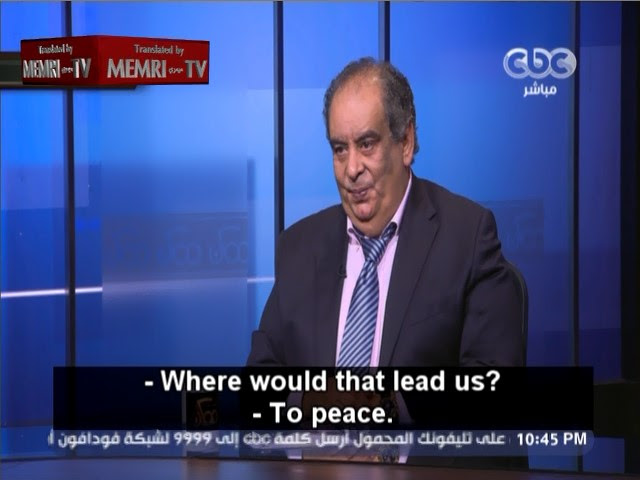 Interviewer: "So this is a political conflict, and the dream of liberating [Al-Aqsa], and slogans like 'millions of martyrs are marching to Jerusalem,' are nothing but nonsense, as is the war led by the Jews for their temple and so on?
Youssef Ziedan: "They are also lying."
[…]
View The Clip