Shi'ite Cleric Sabah Shabr: Islam Was Spread By The Sword, So What? - MEMRI

Iraqi Shi'ite cleric Sabah Shabr discussed the spread of Islam in a series of lectures about Jihad. Sabah confirmed that most Islamic countries were conquered by force. He said that Muslims should not try to appease the Jews and Christians by denying this and that the "true religion of Allah should be spread by the sword." Sheikh Shabr added that when Muslims conquer the country of infidels, they should give the locals the opportunity to convert to Islam or kill them. If the locals are from among the People of the Book, i.e., Jews or Christians, they should have the third option of paying the jizya poll tax. The entire series of lectures was posted on October 13, 2015 on a YouTube account, dedicated to the thinking of Ayatollah Sistani.
Following are excerpts: 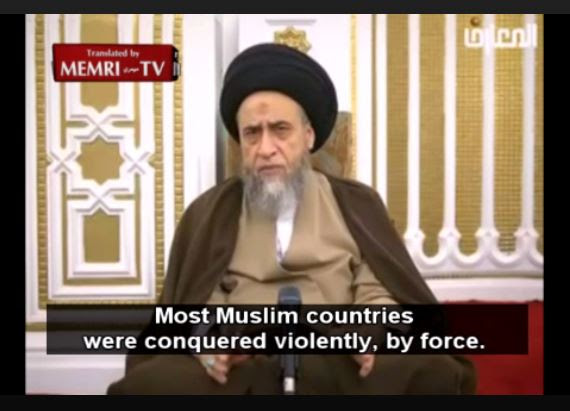 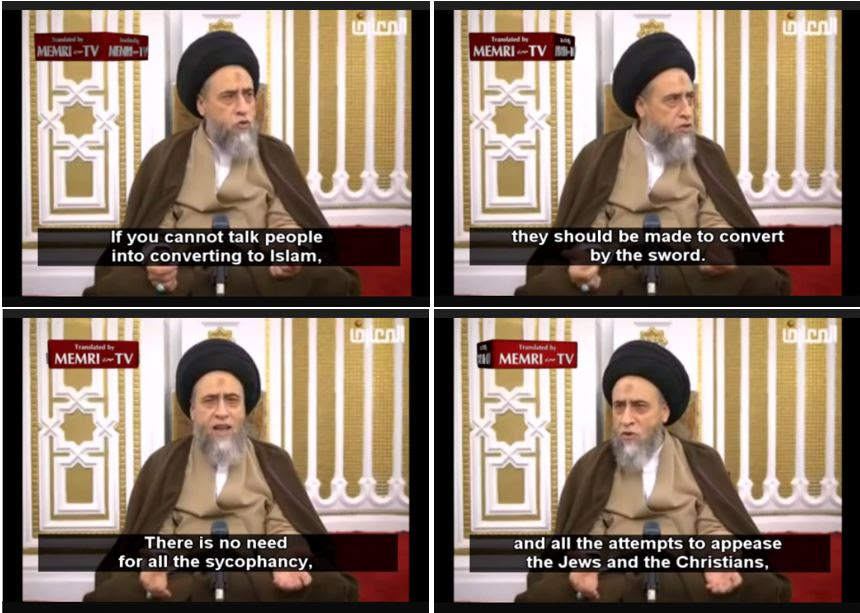 "If you cannot talk people into converting to Islam, they should be made to convert by the sword. Such is the command of Allah. There is no need for all the sycophancy, and all the attempts to appease the Jews and the Christians, by saying: 'Islam was not really spread by the sword. We had no other choice.'"

"It's not that they had no choice. They conquered the Islamic countries by force. This is our duty according to the shari'a. This is the meaning of voluntary Jihad. What does voluntary Jihad mean? That the Islamic army marches on the lands of the infidels, and proposes that they convert to Islam. 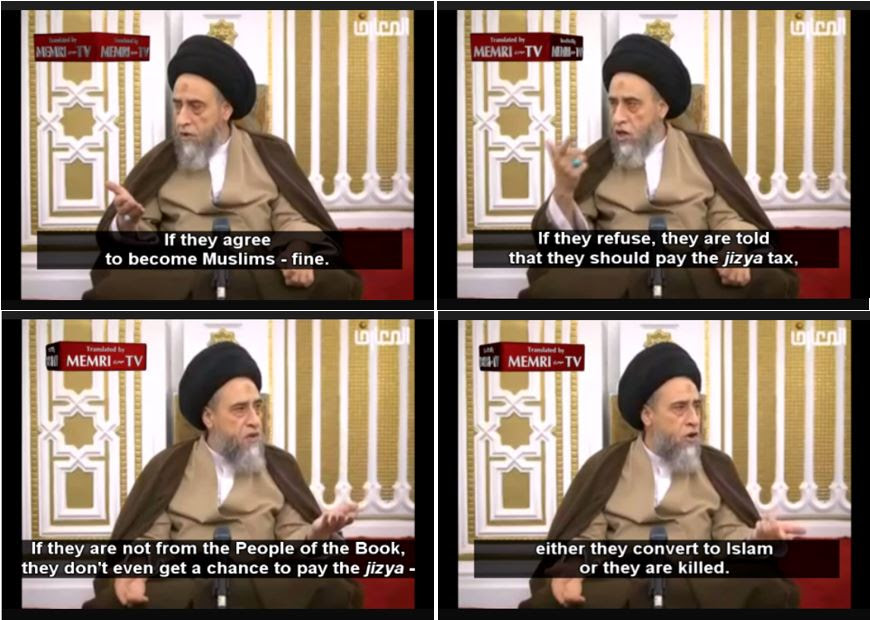 "Let Islam be spread by the sword. There is nothing wrong with Allah's true religion being spread by the sword. The Christians and the Jews who live in Muslim countries must pay the jizya poll tax. They pay it annually, but the Islamic ruler can tell them to pay it monthly, or every six months. They pay in accordance with their financial capabilities. They cannot live in the lands of the Muslims for free."