How the IDF Is Training for War in Gaza - Yaakov Lappin 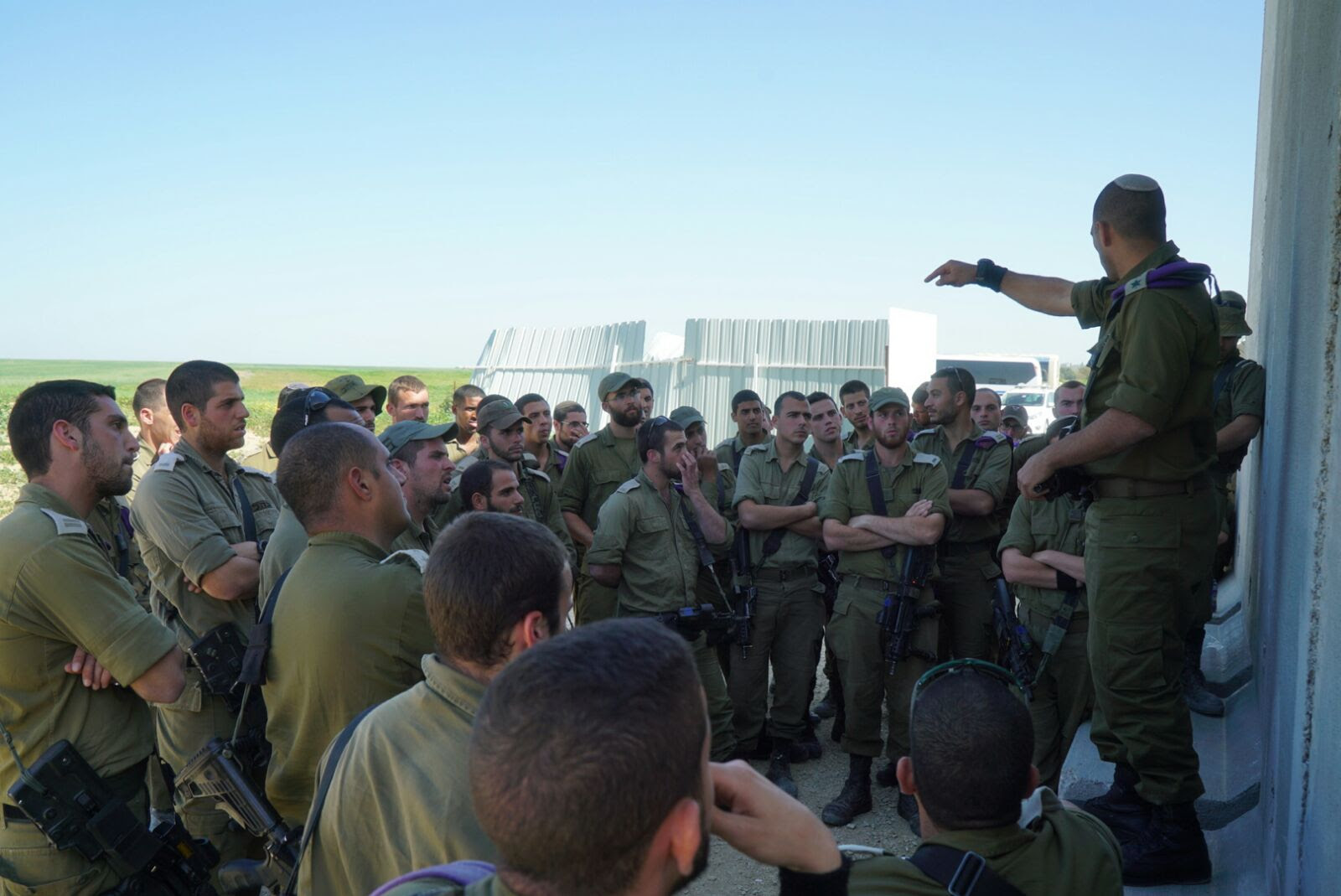 EXECUTIVE SUMMARY: Military drills simulate what the Israel Defense Forces will face in a new kind of ground combat in Gaza – a kind that will inevitably involve civilians amid general chaos.

After Hamas came to power in the Gaza Strip more than a decade ago, it built, trained, and armed a terrorist army and guerilla force. It deliberately situated these forces in the midst of the civilian population, planting it in high-rise buildings, underground bunkers, and tunnels.

Israel and Hamas have engaged in three large-scale conflicts and numerous smaller-scale flare-ups over the past ten years. As the IDF looks to the future, it is preparing new ways to operate in this urban jungle should the need arise once again.

The IDF recently held a war exercise for its infantry commanders to prepare them for the challenges of combat in Gaza. The drill, held by the Givati infantry brigade, played out over a number of areas, including the southern city of Ashkelon, where officers simulated fighting in and around tall residential towers.

In Gaza, such multistory buildings double as military bases for Hamas’s armed wing. The terror group uses them as command posts, lookouts, and firing positions. Such buildings will, in the IDF’s assessment, be used as positions by Hamas cells armed with shoulder-fired missiles, sniper rifles, and additional heavy firepower.

The exercise showed the commanders how to operate in such an environment and taught them how to train their own soldiers.

Maj. Guy Madar, a former Givati deputy battalion commander and a key planner of the drill, explained, “In this last drill, we focused in a major way on the concept of the 360-degree threat. The fact is that the enemy can appear from above and below. …When [our soldiers] enter the combat arena, they could have [enemy] people under their feet. And they need to look up. The enemy is not naïve. It wants to try its own surprises against us. Those who win will be those who act with cunning and creativity. It will be those who know how to think differently.”

He added, “This exercise is about Gaza. We wanted to achieve four training goals: nighttime combat; fighting in armored vehicles; combat in urban closed areas, with a strong emphasis on tall buildings and tunnels; and focusing on the smaller units, at the level of platoons and companies.”

The drill reflects the new thinking in the IDF. It is these kinds of smaller units – companies and platoons – that will ultimately decide the outcome of urban battles against Gaza’s armed factions.

The training also made use of the IDF’s digital network, which links commanders to tanks and strike aircraft.

“I can identify an enemy, press the coordinate on the [digital] map, and it will show up immediately in the tank,” said Madar. “Our lethality has grown.”

Use of drones represents a “huge change”

The drill involved new quadcopters that recently entered service in the IDF. The drones – currently commercially made, but to be replaced by military quadcopters – have revolutionized the ability of low-ranking commanders to request and receive an aerial picture of their battle space.

“Until today, it was the air force that provided this. Now, the military company provides it,” said Madar. “This is a huge change.”

The exercise marks the start of a four-month war-training period, meaning the Givati brigade has rotated away from active missions. The first step focuses on showing commanders how to train others. “In the civilian world, it would be like preparing managers to run their departments,” Madar said.

In addition, he said, it is critical to train commanders in how to deal with civilian populations during combat.

Soldiers in the exercise role-played as civilian families and wounded civilians. The commanders “experienced civilians shouting and chaos,” a scenario the Israeli military will have to face. “It is clear to us that the deeper one maneuvers, the more civilians one will have to deal with,” Madar said.

Platoon commander Sec.-Lt. Nadav Serlin, who took part in the exercise, described an unprecedented level of intelligence that commanders now receive about the threats that await them in Gaza. “We heard about how the enemy is preparing itself against us,” he said. “The knowledge of what is going on on the other side, and hearing specific information about what is waiting for us, makes us feel much more prepared.”

“We understand that in Gaza, many of the main multistory buildings contain a lot of threats,” Serlin added. “These tall buildings give control of the area.”

Training on how to cooperate closely with the armored corps and the air force is key to victory, he said. “You have to use all the additional means [at your disposal] to get over the limitations of the infantry. Knowing how to train our soldiers is the most important thing. There is always room to improve, but this was a significant step up.”