The Travesty of the Lebanese Elections - Prof. Hillel Frisch


In Lebanon, the will of the people is completely distorted by gerrymandering engineered by Hezbollah and its mentor, Iran. 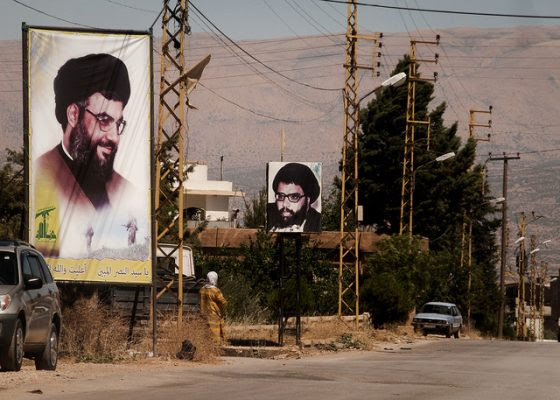 Hezbollah posters on the streets of Baalbek, Lebanon,
photo by Will De Freitas via Flickr CC

EXECUTIVE SUMMARY: The Iranian leadership has claimed a great victory for the Hezbollah-Amal alliance, which it backed, in the recent Lebanese parliamentary elections. But Lebanese elections are a travesty. In that country, the will of the people is completely distorted by gerrymandering engineered by Hezbollah and its mentor, Iran.

Tehran is delighted with the purported victory of the Hezbollah-Amal alliance, which it backed, in the recent Lebanese parliamentary elections. But this victory was hardly a model of democracy in action. Beyond the fact that Hezbollah is the strongest military force in Lebanon, there are precious few unimpeachable truths to be found in that beleaguered country – least of all the claim that Hezbollah-Amal won the elections in a fair fight.

To understand why Lebanese elections are a travesty, one must attempt to assess the size of the country’s population. The latest estimate by the official Central Administration of Statistics, compiled with the help of UN agencies, was 3,157,100 in 2007. The CIA estimates that that figure had grown to 4,132,000 by July 2014.

But “estimate” is the critical word. A proper census (headcount), which, in most states on similar levels of development as Lebanon, typically occur at the beginning of every decade, has never taken place in the nearly one hundred years of Lebanon’s existence as a modern state. Even the much vaunted 1932 census, which produced the fictional parity between Christians and Muslims, never deserved the name.

That no census has ever been carried out in this relatively advanced state is not due to oversight. This tiny heterogeneous country is the size of Rhode Island and composed of 14 historic religious groups, each keen to preserve its exclusive identity and power. Demography has thus always been one of the most sensitive political issues in Lebanon. Little wonder that the Central Administration is ensconced in the Office of the President.

It is the mystery of Lebanon’s true population that exposes the travesty of the Lebanese elections.

According to official sources, there were 3,665,514 registered voters in the recent elections to the 128-member parliament. If the estimates cited above are correct, the Lebanese population grew by roughly 100,000 persons annually since 2014. This would mean the Lebanese citizenry grew from 4,132,000 to a little over 4.5 million (though falling birth rates suggest more subdued growth).

Here’s the problem. The voting age in Lebanon is 18. The 2007 survey and the subsequent 2009 labor force survey clearly indicate that at least 35% of the population is below the age of 18. Thirty-five percent of a population of 4.5 million equals 1.575 million. The maximum possible number of registered voters stands at fewer than three million, a discrepancy of over 665,000 registered voters. This means that over one-sixth of the registered voters were resurrected from the dead.

Even more remarkable is the breakdown of registered voters by district. According to official election data, in the mostly rural Baalbek-Hermel district, which is composed almost exclusively of Shiites and is a Hezbollah stronghold, there were over 345,000 registered voters and 11 seats. Compare this to the less than half a million voters for the two voting districts that make up the city of Beirut and its immediate environs, for a total of 19 seats.

Yet in the 2007 survey, the total population of Beirut was nearly double the population of the Beq’a province, of which the Baalabek-Hermel district is one small part.

The same can be said of the Nabatiya district in the south, another Hezbollah stronghold and another small district of the Beq’a province. There were 460,491 registered voters there, for a total of 11 seats – nearly the same as the total number of registered voters in all of Beirut.

These two districts, which account for no more than 14% of the Lebanese population, had more registered voters than Beirut, which accounts for nearly half the country’s population. A vote in the Hezbollah strongholds is worth at least double the value of a vote in Beirut.

To confirm this analysis, one need only turn to Google Maps to see the heavily concentrated built-up areas of the Lebanese capital and the rural rusticity of the Baalbek-Hermel and Nabatiya districts.

But even more incredibly, in these two districts there were more registered voters than residents. Fourteen percent of the Lebanese population would amount to 650,000 residents, but the number of registered voters is over 800,000.

As a result of this gerrymandering, the Hezbollah-Amal alliance won hands down in both the Nabatiyya and Baalabek-Hermel districts. What is behind this?

The Iranian leadership, which is marketing a Hezbollah victory to a gullible world press, knows the answer.

After all, it is that leadership that created the Hezbollah military machine and made sure it was the only militia to maintain its arms after the Lebanese civil war. It was that muscle that enabled Hezbollah to cow both the Lebanese military and the population into submission, and it is the force behind the gerrymandering.

The 2018 Lebanese elections do not reflect the will of the people. They reflect the brute power of those who bear the guns, as well as the influence of Tehran, their patron.

Iran’s leadership should restrain its exultation. Regimes that live behind lies cannot endure forever. This was true of Nazi Germany, Romania’s Ceaușescu, Saddam Hussein, and the Soviet Union. The Islamic Republic of Iran will follow.