The central government’s disregard for the residents of the periphery, along with the economic hardships resulting from the allocation of considerable resources to promote the “axis of resistance” at the expense of Iranian citizens, could pose a significant challenge to the Islamist regime. 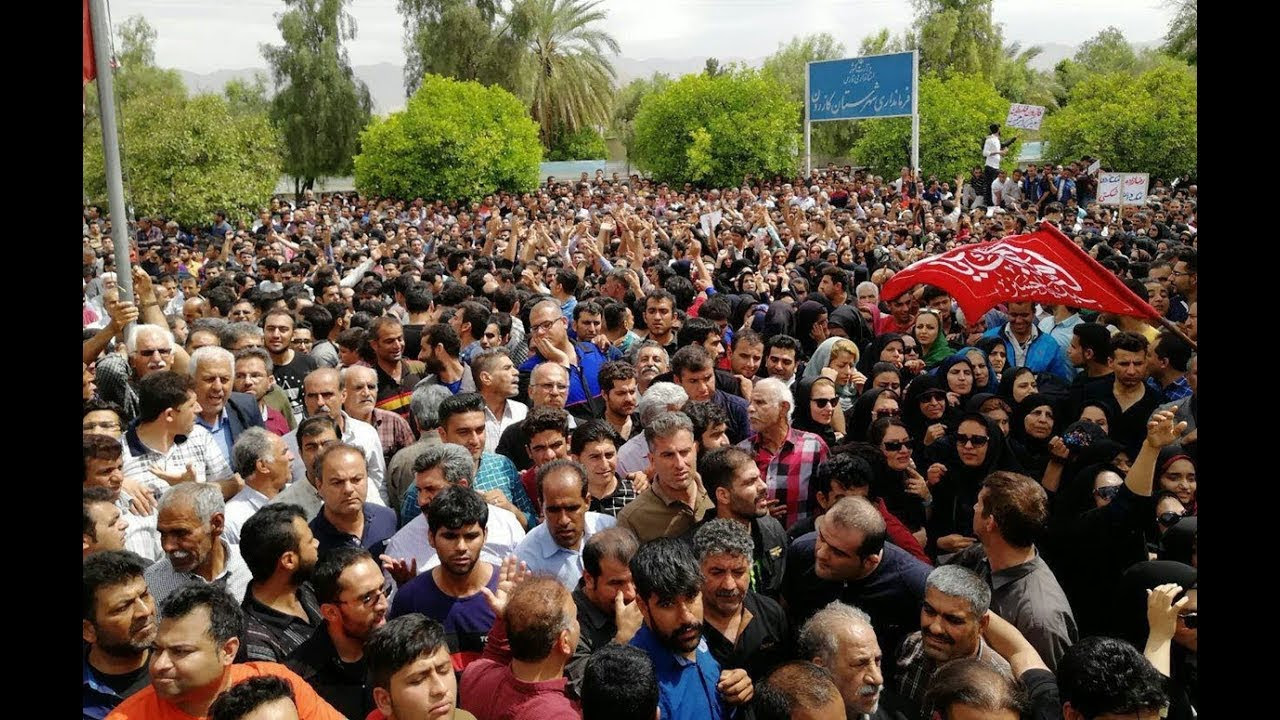 Screenshot from YouTube video of protest in Kazerun, Iran

EXECUTIVE SUMMARY: A number of protests took place recently in Iran that received almost no attention anywhere other than inside the country itself. These events occurred in peripheral cities that suffer from rising unemployment, lack of infrastructure, increases in the cost of living, extreme climatic conditions, and air pollution. These cities are marginalized in Iran’s public discourse, which is reflected in an allocation of resources that is not commensurate with the needs of the residents – most of whom are classified as “ethnic minorities”. In those residents’ eyes, government policy is negligent and inattentive to their distress.

Large-scale violent demonstrations took place recently in the Iranian city of Kazerun, which is under the jurisdiction of the Fars Province. They were the collective response of residents to publication of a plan for a new administrative division of Fars that intends to remove two densely populated areas from the jurisdiction of the Kazerun municipality and grant them independent status (a sub-province called Koh-Chenar).

Underlying the protests is the plight of many residents of the province who have long suffered from difficult working and living conditions. The administrative partition proposal served as a spark that ignited flames of frustration over government neglect.

It should be noted that within the area are two sites of religious and historical importance that serve as focal points for pilgrimage and are sources of livelihood for the citizens of Kazerun. The Bishapur site was built by King Shapur I and commemorates the victory of the Sassanian warriors over the Romans in the third century CE. The second site, Imam-Zadeh Sid Hussein, contains the grave of the grandson of the fourth imam according to the Twelver branch of Shiite Islam. This site is the focus of pilgrimage, prayer, and wish-making, as is customary in Shiite tradition. There are also significant economic benefits that stem from donations, as well as from the fact that in the vicinity of the burial ground there is a large park that accommodates more than 150,000 visitors during the New Year vacation.

Kazerun is not the only region where protests against the regime have taken place. At the end of March, large-scale demonstrations occurred in the city of Ahvaz, capital of the southern province of Khuzestan, in protest against the way the Iranian Broadcasting Authority chose to represent the clothing of the local residents. Anger erupted after the authority failed to include the characteristics of authentic Arab dress that represent the ethnic origin of most of the residents of the province. The stormy protests, which continued into April, led to the arrest of about 150 civilians by the security forces.

In this case as well, the protest reflected a deep rift between center and periphery. Ahvaz and Khuzestan have long suffered from high air pollution, dehydration of water sources, and natural disasters. All this is accompanied by a housing shortage, high unemployment rates, and low wages that do not reflect increases in the prices of basic goods.

Parallel to the Ahvaz protest, yet another protest broke out in another part of Iran that, like the other examples, received almost no media attention. In this instance, the farmers of Isfahan were protesting a policy of disproportionate and unjust distribution of water that makes it impossible for them to maintain their agricultural lands.

Among other means, the farmers chose to voice their struggle within the framework of Friday prayers. They prevented prayers from beginning by stating: “Only when our distress is heard will the prayers begin again.”

The various protests are in fact linked by their submission of demands to the representative of the religious establishment in charge of Friday prayers. This is done because the Supreme Leader directly appoints the clerics who conduct these prayers throughout the country. Approaching the religious clerics illustrates the centrality and importance of the Friday prayer in the social-political agenda in Iran, as well as the common perception of the religious establishment as responsible for the public’s distress.

The unrest in Iran is due not only to economic distress and ethnic discrimination, but also to religious discrimination. In February of this year, violent clashes took place between the security establishment and members of the Ni’matullāhī Gonabadi Order in response to severe restrictions imposed on the order’s leader, Nur Ali Tabanda. The clashes, which lasted more than a week, resulted in the killing of three police officers and two Basij members. This triggered a strong response from the security services that included arrests and prosecution of hundreds of members of the Sufi (Shiite) Order.

The religious establishment, and especially the religious clerics in Qom, shows no understanding towards the Sufi orders and is acting against them forcefully. It has, for example, destroyed prayer centers (in the cities of Qom, Borujerd, and Isfahan), made extensive arrests, and implemented a policy of occupational discrimination and exclusion from the field of education.

Despite the establishment’s harsh treatment of the Dervishes of the Gonabadi Order, its members see themselves as loyal Shiites and are considered the most moderate of the three branches of the Order. The Order’s adherents are ordered to integrate into society and work for a living; they are not allowed to wear different clothes, and they are forbidden from performing rites of worship that combine dance and the use of drugs. Despite all this, the revolutionary establishment continues to oppress them, often leading to confrontations and riots.

Similar discrimination is being waged against Sunni Muslim citizens, a religious minority that has been marginalized in Iranian society. This minority has suffered from social, economic, and political discrimination for more than three decades, as is reflected in its unending tension with the central government. The revolutionary regime perceives the Sunni minority as a fifth column and a source of militant extremism and infiltration of ideas from the Salafi movement. As a result, it adopted a strategy of discrimination, persecution, and lack of development as a countermove to the building of Sunni mosques and cultural centers. It also closely monitors Sunni community leaders, prayer directors, and public opinion leaders.

This policy encourages the penetration of radical ideas such as those disseminated by the Jundallah organization, which acts against the oppression of the Baluchis in Iran. They operate mainly in the province of Sistan and Baluchestan, which has about 2.5 million inhabitants and is a focal point for drug smuggling. The ongoing fighting between Jundallah and the Iranian security forces has left many casualties on both sides and did not cease even after the capture and execution of the movement’s leader, Abdolmalek Rigi.

The mass protests that broke out in Iran in early 2018 cannot be separated from those that have taken place in recent months in areas populated by ethnic minorities. The start of the great wave of protest, which at its height encompassed eighty cities across the country, was in the periphery and stemmed from frustration over the disconnection between the government establishment and the population. The protests included many cities that are home to ethnic minorities such as Kurds, Azeris, Lauris, Baluchis, Arabs, and others.

The Iranian civil polity is ​​not monolithic. Approximately 55% of the population is of Persian origin, while 45% is a mosaic of ethnic minorities. The central government’s disregard for the residents of the periphery, along with the economic hardships resulting from the allocation of considerable resources to promote the “axis of resistance” at the expense of Iranian citizens, could pose a significant challenge to the Islamist regime. Center-periphery relations have been at the hub of tensions between state and society throughout history and have often determined the fate of regimes.

BESA Center Perspectives Papers are published through the generosity of the Greg Rosshandler Family.