'The Arabs have realized Israel cannot be destroyed' - Eldad Beck


Arab regimes are today demonstrating more flexibility on normalization with Israel, in particular in the Gulf region, says Abd Al-Hamid Al-Ansari, one of the most outspoken liberal voices in the Arab world. 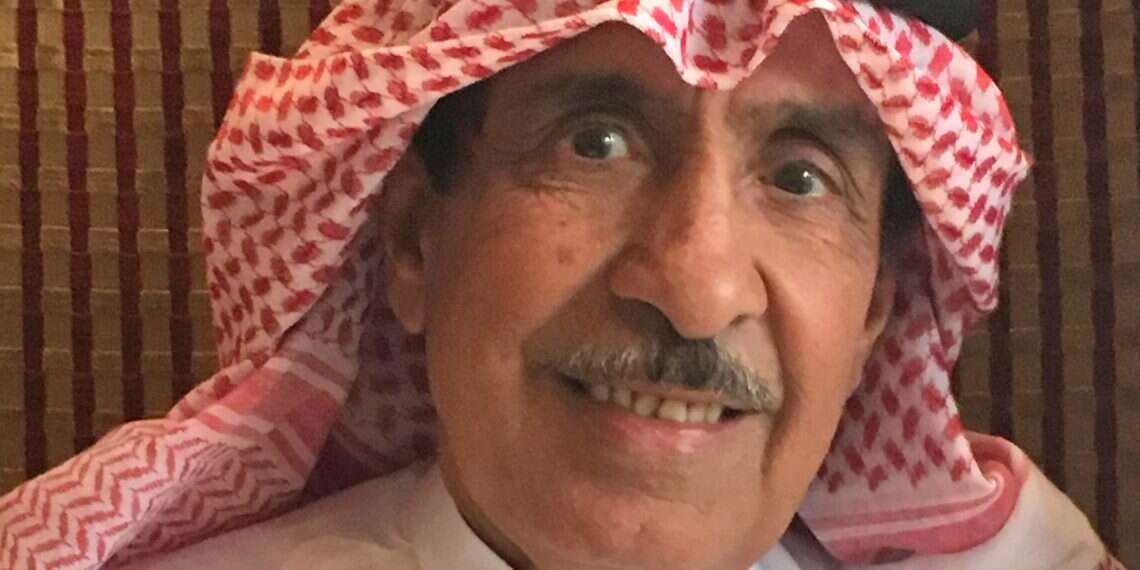 “We in the [Persian] Gulf states enjoy innovation thanks to our vast funds. You are inventive. We have not yet succeeded in sowing the seeds of innovation, which are democracy, liberalism and freedom, here,” Abd Al-Hamid Al-Ansari, one of the most outspoken liberal voices in the Arab world, says in an interview with Israel Hayom in Doha, Qatar.

In the past, Al-Ansari served as the dean of Islamic Law at Qatar University, where he had no qualms about sharply criticizing the use of terrorism and violence in the name of Islam. Today, Al-Ansari writes opinion pieces and books about the state of the Arab world and the Middle East.

Israel Hayom meets Al-Ansari in the heart of Doha, the Qatari capital, which is bustling with preparations ahead of the 2022 FIFA World Cup soccer tournament the city is set to host, in what will be a first for an Arab state. The decision to allow Qatar to host the World Cup sparked controversy when it was announced. Human rights groups protested the honor being given to Qatar at the same time when hundreds of thousands of foreign workers in the country are being taken advantage of and treated like modern-day slaves.

For the past year and a half, Saudi Arabia and its allies have imposed a land, sea and air blockade on Qatar over its ties with Iran and open support for opposition forces in various Arab countries and terrorist organizations. Nevertheless, construction on eight stadiums in preparation of the games is almost complete.

Q: Has the Arab world learned the lessons of the dramatic results of the Arab Spring?
“This was a popular protest movement, the reasons of which were many. The disappointment of the masses was the principal reason for the Arab Spring. The leaders of the officers’ revolution in Egypt promised the masses freedom, unity, the liberation of Palestine, a just society. None of these things has been realized over 50 years. But the most important reason was the issue of human dignity. The revolutionaries who came to power wiped out the opposition; their opponents were tortured in prisons. Arab human dignity has been violated in all the important Arab countries. That is the spark that lit the fuse of prowwww [sic].

“The Muslim Brotherhood tried to attain power in Egypt and other countries. As a successful opposition movement, they succeeded in enlisting the masses. But they didn’t have a political-national plan for construction and growth. The Brotherhood wanted to fight secularism and impose themselves on the state and on society. This led to failure, and the failure of the Arab Spring. The situation is now becoming more difficult than it was before the [Arab] spring, as we see in Syria, Libya, Iraq and Yemen. Who today would dare to think of a rebellion against the existing regimes, after having seen these tragic results? Only the smallest minority.”

According to Al-Ansari, “The police, for their part, learned a lesson to a certain extent. In Saudi Arabia, large and significant political, social and religious changes have taken place. In the Gulf states, there are the beginnings of political, social and economic openness. One can see much more temperance as far as concerns freedom of speech. In Qatar, freedom of speech is made possible through open social media networks.

“People in the Gulf region feel freer to express their opinions and criticize corruption,” he says. “We do not hear about torture in prisons. People demonstrate, as we see today in Sudan and Algeria. In the past, they would have responded to such protests forcefully. Today the regimes are cautious. The international arena has a greater influence on what goes on in Arab states. The regimes are under internal and external scrutiny.”

In support of the US alliance
In Al-Ansari’s opinion, there is one more important matter to note, and that is that throughout this difficult period, in a majority of Sunni Arab countries, there were no expressions of hostility toward the Jews outside of the most radical streams – the Salafists or the Houthis in Yemen.

“Also regarding Israel,” he emphasizes, “as a state and as a policy, the Arab regimes are today demonstrating more flexibility [on] normalization and political and economic cooperation with it, in particular in the Gulf region. We see this also in the media. On the public level, the situation is different. And yet, I see that Arab nations today tend toward reconciliation with Israel – if Israel commits to respecting the rights of the Palestinians, meaning the establishment of a state with all that entails.”

Q: Meaning a state with a military?
“There will be a need to define the character of the Palestinian state. In the past, contact with Israel was considered treason, and today there is no mass opposition to it. And the Arabs have been convinced that Israel exists, that it cannot be destroyed by force and that it is preferable to negotiate with it.  For 70 years, the Arabs tried every means of violence against Israel and saw that it only grows more powerful as they grow weaker.”

“One more thing,” Al-Ansari adds, “Arab states spend vast sums of money on arms, at the expense of the advancement of their societies. Had they invested these billions of dollars on development, the state of the Arab societies would be better. Beyond this, the Arabs discovered that the Palestinians themselves are divided and conflicted between the [Palestinian] Authority and Hamas. If the owners of the problem themselves are fighting one another, others have no problem looking for justification for reconciliation with Israel.”

Of course, Al-Ansari notes that “Iran also plays a part in this development: The Arabs realized that Iran, as a result of its actions in the Arab world, constitutes a threat. Iran now controls four Arab capitals – Baghdad, Damascus, Beirut and Sana’a. Today the Arabs understand the slogan of resistance to Israel was used by the Iranians to act against them [the Arabs].

“All those who raise these slogans today – Iran, Hezbollah, Hamas and the masses shouting ‘Death to Israel and the U.S. – do this for their own personal needs. All of the anti-Israel slogans were a political tool for attaining power.”

Q: What do you think about U.S foreign policy under President Donald Trump?
“I am one of those who support a strong alliance with the U.S., regardless of the identity of the American president. Qatar is a small country that needs an alliance with a power like the U.S. The decision to withdraw from Syria is an American matter. Trump’s policy stems from a desire to fulfill his promise to voters to bring the American soldiers home. Trump represents another policy. Today, Trump is not willing to pay with American casualties or money in order to solve others’ problems.”

Al-Ansari says that “in the Middle East, Arabs from all political strains attacked the U.S. for its involvement in the overthrow of regimes. That was one of the reasons for the hatred of the U.S., which culminated in the Sept. 11 attacks. These are Arab problems that the Arabs must solve themselves.”

Q: And what do you think will happen with Trump’s so-called “deal of the century” and Iran?
“There are conflicting reports about what it [the Trump Middle East peace plan] entails. I am convinced that the Arab regimes will not agree to a solution that does not please the Palestinian Authority. Nevertheless, the current American approach is: We help only those who help themselves.”

Al-Ansari believes that despite U.S. sanctions on Tehran, “the Iranian regime is not in danger. I don’t think there will be a revolution, but there may be changes to the regime. Iran will be obliged to change its foreign policy and stop the transfer of funds to agents in other countries. They will also have less money [to invest] in the arms race and the nuclear programs if they want to remain in power.

He says that the continuation of current U.S. policy on Iran would convince the ayatollah regime there that “economic growth is more important than exporting the revolution and spending money overseas.” But that he notes “will require more time.”