Turkish President Recep Tayyip Erdoğan is wrong to think a cross-border military operation into Syria will solve an ethnic conflict that dates back to the early nineteenth century. 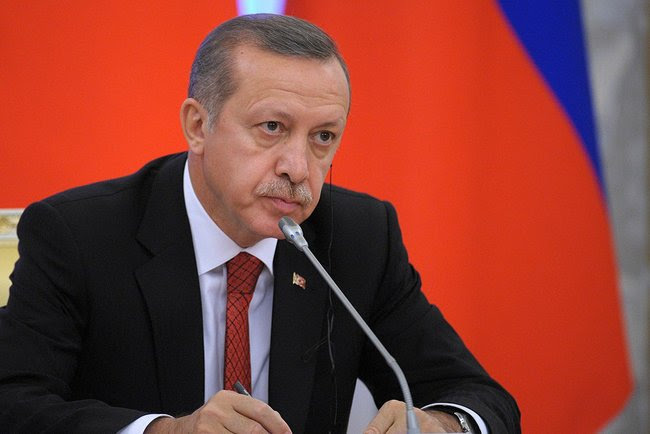 EXECUTIVE SUMMARY: Turkish President Recep Tayyip Erdoğan is wrong to think a cross-border military operation into Syria will solve an ethnic conflict that dates back to the early nineteenth century. The recent history of violence between Turkey and the Kurds together with demographic considerations explain why a military campaign is unlikely to resolve the conflict.

Turkey’s military incursion into northeastern Syria had an ostensibly happy ending on its seventh day, with all state and non-state actors in the Syrian theater appearing to be winners of some sort: US president Donald Trump claimed the ceasefire he brokered between Turkey and Syria’s Kurds would save millions of lives; Turkish president Recep Tayyip Erdoğan claimed the incursion cleared a vast zone of Kurdish terrorists; Russia won control over a region evacuated by US forces; the Syrian regime advanced into areas it left to the Kurds in 2012; and the Kurds found new allies in Moscow and Damascus.

None of that will bring sustainable peace to a geography perpetually in turmoil.

Turkey’s most recent war on the Kurdish insurgency, which has lasted 35 years so far, has caused over 40,000 casualties by the most optimistic estimate. This period of violence began in 1984 when the PKK – the main Kurdish insurgency group, listed by Turkey, the US, and the EU as a terrorist organization – killed 33 unarmed Turkish soldiers in Eruh, in southeast Turkey. The PKK has killed thousands more Turkish troops since then, as well as government workers, Kurds who refuse to cooperate, and civilians. In response, the Turkish military resorted to brutal methods of suppression, particularly in the 1990s. Those methods included the torture and killing of civilian activists. By any reasonable criteria, this has been an ugly war.

Ankara has claimed countless times that it is finishing off PKK terror once and for all, but it has never succeeded in doing so. President Trump likens the long-simmering conflict to a schoolyard fight – one that American prowess has temporarily halted. “Sometimes you have to let them fight. It’s like two kids in a lot, you got to let them fight and then you pull them apart.” These kids are not kidding: they will lunge at each other’s throats whenever they can.

Turkey wants to create a “safe zone” of 440 by 32 km in northern Syria by pushing the Kurds southward. As of October 20, its military claimed to be in control of a 120 by 30 km area covering the center of the target zone. The operation is unlikely to move further east toward Damascus, where the regime is based together with Russian forces, the Kurds’ new patrons.

Erdoğan claims the operation has already yielded the desired (military) results. Maybe. But he is wrong if he thinks a cross-border operation will fully solve an ethnic conflict that dates back to the early 19th century. Recent history and demographics tell us why.
Countless cross-border operations have taken place since the start of the fighting, mostly into northern Iraq. Operation Peace Spring reminds one of, among many others, a February 2008 offensive targeting PKK fighters in northern Iraq which the Turkish military said it launched to “prevent the region from being a permanent and safe base for the terrorists, and will contribute to Iraq’s stability and internal peace.” To this day, northern Iraq remains a safe haven for thousands of PKK fighters. It is likely that northern Syria will be the same, regardless of Turkish claims to have finished off Kurdish terror.

Like many of its predecessors, Operation Peace Spring appears to be a Pyrrhic victory for Ankara. To end the conflict, Turkey must first make peace with its own Kurds, rather than run after and try to finish off the Iraqi or Syrian Kurds. Erdoğan was brave enough to try a historic peace deal with the Kurds in 2013, but his nationalistic swing – and PKK’s urban terror campaign – killed that effort. He should give peace another try.

Burak Bekdil is an Ankara-based columnist. He regularly writes for the Gatestone Institute and Defense News and is a fellow at the Middle East Forum. He is also a founder of, and associate editor at, the Ankara-based think tank Sigma.