What Coronavirus Could Mean for China - Emil Avdaliani 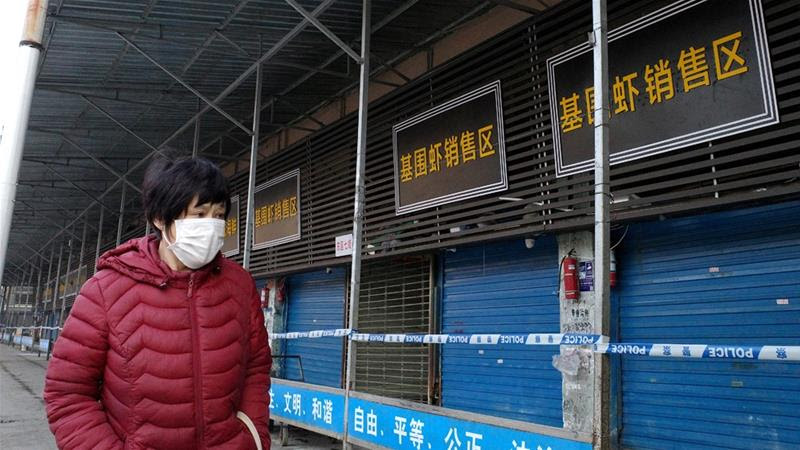 The Wuhan seafood market in China, closed after outbreak of coronavirus, photo via Wikimedia Commons

EXECUTIVE SUMMARY: States all over the world stand to lose a great deal economically from the coronavirus pandemic. But in the case of China, there is an additional significant dimension to the crisis: the West will grow increasingly distrustful of Beijing, which will further widen an already gaping geopolitical divide. Calls in the West for an economic decoupling from China as well as increasing demands that Beijing comply with Western economic, health, and political standards could complicate China’s global aspirations.

The coronavirus pandemic will undoubtedly have an impact on China’s economy. Consider, for example, the US-China trade deal, the first phase of which took effect in February. That phase stipulates that Beijing will have to buy an additional $200 billion in US goods over the next two years. Though the Chinese government has said the country will comply with this requirement, it remains to be seen whether Beijing will be able to follow through on this and other commitments contained in the deal.

There is also concern in the US that the second phase of trade negotiations with China will be delayed. This would have a negative effect on Washington-Beijing relations, which could in turn have global repercussions.

The pandemic is also creating major disruption of China’s near-trillion-dollar Belt and Road Initiative (BRI). Significant delays have been reported in BRI projects in South Asia, specifically in Cambodia, Indonesia, Sri Lanka, and other states. One problem is travel restrictions, which are limiting Chinese workers’ ability to participate in BRI projects abroad. There is also a fear that a partial shutdown of Chinese factories could have a major ripple effect on the BRI, as large infrastructure projects need a constant supply of key resources that are lacking in host states.

The Chinese government will undoubtedly work very hard to salvage the BRI. This flagship project, which is widely considered to be Xi Jinping’s personal initiative, is now infused into Chinese statecraft and foreign policy—and even more importantly into the country’s perception of its own rising global standing. Disruption of the BRI would seriously damage Beijing’s geopolitical aspirations.

To assist the Chinese economy as it copes with the effects of the coronavirus crisis, Beijing is likely to intervene significantly via interest rate cuts, increased lending, and fiscal stimulus measures. It is going to have to deal with damage caused to the economy by the diminishing of world supply chains resulting from a decrease in global demand for Chinese products.

There could be an even bigger dimension to China’s coronavirus crisis. There is a growing trend among Western states to limit their exposure to Chinese economic power through a partial decoupling of existing deep economic contacts. Many world corporations with global supply chains are stationed in China, and some might react to the coronavirus crisis by choosing to diversify their locations. Indeed, such calls were rising well before the pandemic because Western and Chinese standards of doing business are fundamentally different on many levels.

The world was rattled by the lack of information emanating from China at the beginning of the pandemic and by subsequent alleged efforts by Beijing to limit the free dissemination of information about the epidemic. This will likely cause serious damage to China’s attempts to position itself as an aspiring global power with ambitions to remake both state-to-state relations and the Eurasian economic order.

Though Beijing has put great effort into using this crisis as an opportunity to enhance its soft power through the provision of medical help to states around the globe, an opposite trend is emerging: a deepening of distrust of China and a worsening of its ability to position itself as a model power.

There are calls around the world demanding explanations from Beijing about the crisis, as well as threats of lawsuits over the alleged cover-up of information by the Chinese at the beginning of the pandemic. Many investigations will be made into the outbreak of the virus, but it is clear that the crisis has widened an already significant ideological divide between China and the Western world.

Poised as they are to compete geopolitically in the coming decades, the two poles have tried so far to refrain from addressing the unfolding struggle in ideological terms—but the coronavirus crisis will eventually expose an ideological clash that will complicate West-China relations.

The pandemic might serve as a breaking point whereby EU institutions begin to vocally question information coming from China and openly criticize the country. This would be consistent with the development of EU policy toward Beijing over the past year. In 2019, EU institutions recognized China as Europe’s systemic rival. Europeans are starting to reconsider their dependency on a single external supplier for crucial medical equipment.

China’s relations with the US will be damaged as Washington strives to consolidate its stance among its allies and partners around the globe. The extent of the damage will ultimately depend on how far the US is willing to go to use the pandemic as a weapon against China.

China’s diminished position will limit its flexibility even along BRI corridors. Pre-pandemic concerns about China’s political and economic moves in Central Asia and the Middle East will increasingly ossify into geopolitical limits for Beijing in the wake of the crisis.

While some analysts are making radical forecasts, the likeliest damage scenario for China’s global standing after the coronavirus pandemic is at a medium level of severity. The BRI will likely proceed along the planned corridors. The results of the pandemic will be seen primarily in the ideological realm, which is so deeply interwoven into the geopolitical. The Eurasia of 2050 may well show lines of influence divided between Chinese economic and ideological spheres and the Western world. The coronavirus might turn out to have been the primary cause of the decoupling of the West and China.

Emil Avdaliani specializes on former Soviet space and wider Eurasia with particular focus on Russia's internal and foreign policy, relations with Iran, China, the EU and the US. He teaches history and international relations at Tbilisi State University and Ilia State University (Georgia). He has worked for various international consulting companies and regularly publishes various works with BESA on military and political developments across Eurasia. He can be reached at emilavdaliani@yahoo.com.