A House Intelligence subcommittee Tuesday is holding the first congressional hearing on UFOs in 50 years, as building evidence on the sightings raises more questions than answers.

"There are a lot of unexplained aerial phenomena. We don't know what they are, and they can't be easily rationalized as weather phenomenon or balloons or anything else. So it's quite a mystery," House Intelligence Committee Chairman Adam Schiff, D-Calif., said of the hearing.

Carson said in a statement announcing the hearing that it's crucial for the government to "seriously evaluate and respond to any potential national security risks – especially those we do not fully understand."

The hearing on what the U.S. government officially calls "Unidentified Aerial Phenomena" (UAP), begins at 9 a.m. ET. It comes after years of unexplained sightings, primarily by U.S. military personnel, of flying objects, which often had no "discernable" propulsion systems and unusual "movement patterns." 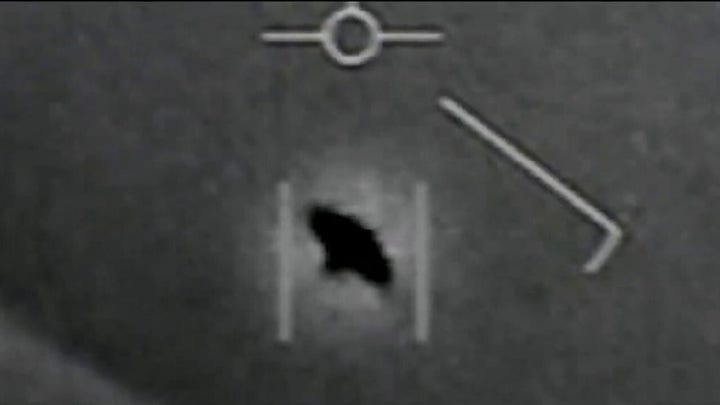 A 2021 report – a redacted classified version of which was published by The Black Vault earlier this year – said the government recorded 144 reports from 2004 to 2021, including 80 that "involved observation with multiple sensors." The report also included information on "common shapes" of the UAPs, although the entire sections on the shapes are redacted.

There haven't been hearings in the U.S. Congress on UFOs since the 1960s. The House Committee on Science and Astronautics, led by Chairman Rep. Edward Roush, D-Ind., held one hearing on the matter in 1968. Around that time, then-Rep. Gerald Ford, R-Mich., called for investigations into the Air Force's Project Blue Book, which investigated UFOs and was shut down in 1969.

Under Secretary of Defense for Intelligence and Security Ronald Moultrie and Deputy Director of Naval Intelligence Scott Bray will testify at the hearing Tuesday. But it's not clear how much they will be willing or able to share in the public forum.

"I think they will be comfortable telling the public what we do know, and what is still yet to be explained," Schiff said when asked what people can expect from the hearing. "But they'll be very careful not to speculate that this is some extraterrestrial or this is some foreign adversary with some… unknown technology. They will set up the limits of what we know what we don't."

The government has said that UAP "probably lack a single explanation." Neither classified nor unclassified reports from the government so far rule out space aliens. But other possible explanations are "airborne clutter" like birds and balloons, "natural atmospheric phenomena," like ice crystals, highly classified U.S. government programs, or "foreign adversary systems" from Russia, China or other countries.

"Let's assume that it's… another country, another nation or another group that's operating something that we don't fully understand," Heritage Foundation senior fellow for naval warfare and advanced technology Brent Sadler told Fox News Digital. "That's a definitely a security threat… that we can't necessarily defend against because you can't defend against something you don't understand." 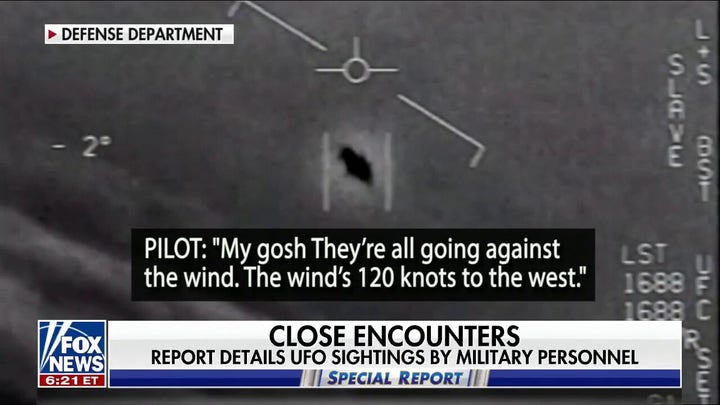 Sadler added that the classified nature of the government's UAP information could make it hard to learn much from the hearing. Foreign nations will likely be watching Moultrie and Bray to potentially learn new information about U.S. military capabilities. But, he said, lawmakers could use general questions to get an idea of how much a threat UAPs actually are.

"They don't have to go classified if they ask it in the general and say, ‘Are any of these reported incidents… a national security threat for our defense?’" Sadler said. "Hopefully the answer is no."

Sadler further added that even if UAPs don't belong to a hostile power, there's a risk for military personnel, especially pilots, if they cannot detect UAPs or don't know how to react to them.

If UAPs are from a foreign nation, Sadler said, they are most likely for intelligence purposes. He said if the hearing reveals that to be true, it could "galvanize" Americans to refocus on science like the "Sputnik moment where the Soviet Union launched the satellite, and it scared everyone into action."

The push for more information on UFOs is one of the few bipartisan issues in Congress.

In 2021 a group of bipartisan Senators introduced an amendment to the National Defense Authorization Act calling for a new government office as a "central repository" for UFO information and their threat to the U.S. It would be a collaborative effort between the Defense Department and the Director of National Intelligence.

Sen. Kirsten Gillibrand, D-N.Y., led the effort, joined by Sen. Marco Rubio, R-Fla., and several others across the aisle. In the House, Rep. Elise Stefanik, R-N.Y., a member of the Counterterrorism, Counterintelligence, and Counterproliferation Subcommittee, said she wants the Tuesday hearing to focus on protecting Americans.

"My hope is that this hearing focuses on transparency for the public and protecting our national security," Stefanik told Fox News.