President Obama on Friday nominated James Comey to run the FBI, and the former prosecutor and deputy attorney general is already garnering media effusions reserved for any Republican who fell out publicly with the Bush Administration. Forgive us if we don't join this Beltway beatification.

Any potential FBI director deserves scrutiny, since the position has so much power and is susceptible to ruinous misjudgments and abuse. That goes double with Mr. Comey, a nominee who seems to think the job of the federal bureaucracy is to oversee elected officials, not the other way around, and who had his own hand in some of the worst prosecutorial excesses of the last decade.

The list includes his overzealous pursuit, as U.S. Attorney for New York's Southern District, of banker Frank Quattrone amid the post-Enron political frenzy of 2003. Mr. Comey never did indict Mr. Quattrone on banking-related charges, but charged him instead with obstruction of justice and witness tampering based essentially on a single ambiguous email. 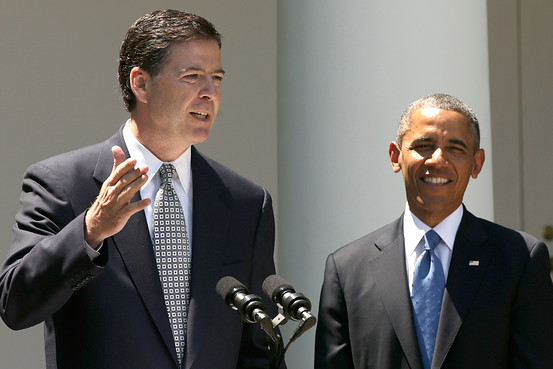 Mr. Comey's first trial against Mr. Quattrone ended in a hung jury; he won a conviction on a retrial but that conviction was overturned on appeal in 2006. This May, the Quattrone Center for the Fair Administration of Justice was launched at the University of Pennsylvania thanks to a $15 million gift from the banker, perhaps with Mr. Comey partly in mind.

There is also Mr. Comey's 2004 role as deputy attorney general in the Aipac case, in which the FBI sought to use bogus "secret" information to entrap two lobbyists for the pro-Israel group and then prosecuted them under the 1917 Espionage Act. The Justice Department dropped that case in 2009 after it fell apart in court—but not before wrecking the lives of the two lobbyists, Steven Rosen and Keith Weissman.

Or the atrocious FBI investigation, harassment and trial-by-media of virologist Steven Jay Hatfill, falsely suspected of being behind the 2001 anthrax mail attacks. Mr. Comey continued to vouchsafe the strength of the case against Dr. Hatfill in internal Administration deliberations long after it had become clear that the FBI had fingered the wrong man. Dr. Hatfill ultimately won a $5.8 million settlement from the Justice Department.

Yet the biggest of Mr. Comey's misjudgments are the ones for which he gets the highest accolades from his media admirers. In March 2004 Mr. Comey raced to the hospital bedside of then-Attorney General John Ashcroft to stop his boss from signing off on a periodic reauthorization of the "warrantless wiretap" surveillance program authorized by President Bush shortly after 9/11.

Mr. Comey later told Congress that he had squared off against then-White House Chief of Staff Andrew Card and Counsel Alberto Gonzales, who had come to the hospital to get Mr. Ashcroft's signature for the still-top secret program, and that Mr. Ashcroft had refused to sign. He also testified that both he and FBI Director Robert Mueller had threatened to resign if Mr. Bush reauthorized the program without making certain changes. Which is what Mr. Bush agreed to do a few days later.

Mr. Comey's hospital theatrics have since been spun—above all by Mr. Comey—as a case of a brave and honest civil servant standing up to an out-of-control White House seeking to take advantage of a sick man for morally dubious and even criminal ends.

Yet the reason the White House needed Mr. Ashcroft's signature in the first place was that President Bush had subjected the surveillance program to a stringent 45-day reauthorization schedule (with the knowledge and approval of senior members of Congress), and Mr. Ashcroft had signed off on the same program multiple times before having an apparent change of heart shortly before the March incident.

None of this kept Mr. Comey from abusing his role as Acting AG implicitly to threaten the White House with the likely exposure of the classified program—all because his interpretation of the law differed from that of Mr. Gonzales and other government lawyers. Mr. Comey, incidentally, later served as Mr. Gonzales's deputy at Justice before leaving government service to become general counsel to defense contractor Lockheed Martin LMT -0.84% . Such was the "price" for defying the Bush White House.

Then there's Mr. Comey's role in the investigation of the leak of Valerie Plame's identity as a CIA employee. Mr. Comey first encouraged Mr. Ashcroft to recuse himself in naming a special counsel on grounds that the AG could run into a conflict of interest if the investigation implicated Karl Rove.

Whereupon Mr. Comey gave the job to Patrick Fitzgerald, a close personal friend. Unlike independent counsels under the now defunct statute, a special counsel is supposed to be under the Justice Department's supervision, and it would be interesting to hear Mr. Comey explain how appointing the godfather of one of his children to a high-profile job under his direction did not entail a conflict of interest.

Mr. Fitzgerald quickly found out that the leaker of Ms. Plame's identity was Deputy Secretary of State Richard Armitage, a fact Mr. Fitzgerald kept secret for years. Yet instead of closing the case down, Mr. Comey signed off within weeks on an expansion of Mr. Fitzgerald's mandate. After a three-year investigation that turned up almost nothing new, the prosecutor tried to salvage his tenure with a dubious indictment of Scooter Libby for perjury.

Mr. Fitzgerald's Javert imitation, supported by his superior Mr. Comey, also managed to land New York Times reporter Judith Miller in jail for 85 days for refusing to reveal her sources, and nearly did the same for Time magazine's Matthew Cooper. With another FBI violation of internal Justice guidelines regarding media freedoms in the news, someone might ask Mr. Comey why he was prepared to resign on principle over surveilling terrorists, while doing nothing to stop Mr. Fitzgerald's efforts to criminalize journalism?

None of this may stand in the way of Mr. Comey's confirmation in a Democratic Senate. But before Senators yawn their way to rubber-stamping President Obama's "bipartisan" pick, they should ask Mr. Comey some harder questions than the ones to which his media fan base have accustomed him.

America already had an FBI director who thought he was accountable to no political master and ruined many lives. There's a building named after him in Washington, D.C., but one such director is more than enough.


A version of this article appeared June 24, 2013, on page A18 in the U.S. edition of The Wall Street Journal, with the headline: The Political Mr. Comey.