On March 11, before the United States and its allies launched attacks against Libyan leader Muammar al-Qaddafi, Dirk Vandewalle, a professor in the department of government at Dartmouth College and author of A History of Modern Libya, spoke to the Middle East Forum via conference call, explaining why it is not in U.S. interest to engage Libya militarily.

Mr. Vandewalle, explaining how Western governments have misread Qaddafi's power and influence, believes that an entrenched political system in place for over 40 years may allow the Libyan strongman to cut short what would have otherwise been a destabilizing political conflict. Main points emphasized by Mr. Vandewalle include: 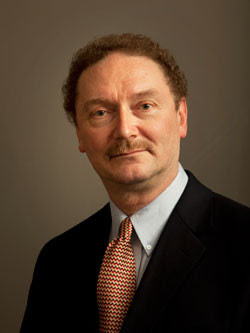 After stating that a leadership vacuum has emerged within the international community, Mr. Vandewalle had analyzed the reactions of the key players:

During the question and answer period, Mr. Vandewalle stated that a lack of U.S. resources on Libyan ground meant that the makeup of oppositional forces remains vague. A lack of political institutions in Libya, moreover, threatens any potential shift to democracy—and increases the risk of post-war bloodshed. When asked if the U.S. or E.U. should establish a no-fly zone, he commented that, because it has more interests in Libya, the E.U. should take responsibility. (Mr. Vandewalle's views on the Libyan crisis can be further accessed in a recent Foreign Policy article.)

Copyright - Original materials copyright (c) by the authors.
Posted by Sally Zahav at 6:49 AM