The Two Faces of the New Israel Fund


by by Isi Leibler 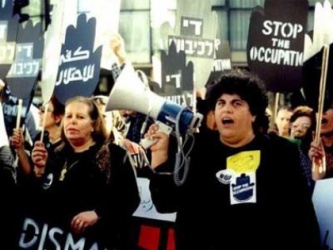 It is a somber reflection on the naivety of well-intended Jewish philanthropists that they continue donating vast amounts of money to Israel’s largest NGO, the New Israel Fund (NIF). They do so despite repeated documented exposures demonstrating that this body is sponsoring anti-Zionist, pro-Palestinian and post- Zionist organizations, committed to undermining the Jewish state and promoting the narrative of the Palestinians as victims and Israelis as oppressors.

Many of the donors are liberal Jews genuinely committed to Israel who blindly accept at face value statements from NIF officials who obfuscate the truth.

Recently, yet another bombshell discrediting this organization was revealed by Wikileaks. A confidential cable quoted a conversation between officials at the Tel Aviv US embassy and NIF associate director Hedva Radanovitz, who until last year controlled the NIF distribution of grants to 350 NGOs totaling $18 million per annum. She told embassy personnel that “she believed that in 100 years, Israel would be majority Arab and that the disappearance of the Jewish state would not be the tragedy that Israelis fear since it would become more democratic.”

Radanovitz was in fact, rationalizing why the NIF has and continues to provide millions of dollars to groups supporting the destruction of Israel as a Jewish state.

In response to media coverage of these bizarre remarks, NIF CEO Daniel Sokatch stated that Radanovitz was at the time “not optimistic about Israeli support for human rights and democracy” and that her views were not supported by his organization.

He also stressed that she was now no longer employed by the NIF. However, Sokatch and other NIF leaders failed to explain why many other senior NIF officers share an ideological view of Israel as a Jewish state which most Israelis would bitterly oppose.

When communicating to the public, NIF spokesmen stress that whilst being “a big tent organization” they unquestionably support Israel as a democratic Jewish state and promote freedom, justice and equality for all citizens. They purport to be opposed to anti-Israeli “lawfare” and BDS (boycotts, divestment and sanctions).

They continuously dismiss critics as being “extreme right wing” and accuse them of McCarthyism.

SINCE ITS inception in 1979, NIF has dispersed more than $200 million to more than 800 Israeli organizations.

The majority of the recipients are indeed worthy institutions engaged in social welfare and developmental projects that all Israelis would endorse.

When NIF spokesmen address the public, they speak exclusively of the bona fide social organizations they fund. They fail to disclose that they are also providing vast funds to organizations that by no stretch of the imagination could qualify for inclusion in that category. Even after their recent adamant assurance to the public and donors that organizations opposed to the existence of Israel as a Jewish state would no longer be sponsored, last year they still directed over a quarter of their funding ($4.3 million) to groups engaged in delegitimization and other forms of anti-Israeli activity.

Here are a few examples of NIF allotments last year to organizations for political advocacy that are deeply engaged in anti-Israeli campaigns.

Nearly $500,000 was provided to Adalah, a group which contributed to and campaigned for the Goldstone report, urged foreign governments to “reevaluate their relationship with Israel,” described Israel as “a colonial enterprise promoting apartheid,” called for implementing the Palestinian right of return to Israel, provided affidavits to Spanish courts in order to charge Israeli officials with war crimes, and defended Hizbullah spy Amir Makhoul as a “human rights defender.” It would surely be difficult to visualize any Zionist or remotely pro-Israeli body providing funds to an organization committed to such objectives.

Mada al-Carmel, another recipient of NIF funds, engages in anti-Israeli agitation and openly repudiates the legitimacy of the Jewish state.

NIF continued to fund the Coalition of Women for Peace (CWP), a leader of the campaign expressly promoting global “boycott, divestment and sanctions against Israel.” CWP also organizes events for Israel apartheid week.

The sordidness of these virulently anti-Israeli, NIF-funded NGOs is heightened by the fact that many are primarily funded by foreign foundations, in particular European governments, promoting campaigns against Israel and engaged in bolstering far Left Israeli fringe groups. Tens of millions of euros are allegedly provided to such groups by overseas governments suggesting that the are not indigenous to Israeli society. One could not visualize any European state tolerating such interference in its domestic affairs by foreign countries or organizations seeking to subvert the democratically elected government under the cloak of promoting human rights.

INDEED, WITHOUT the perseverance and determined investigative analysis of Professor Gerald Steinberg of NGO Monitor, the public would be totally unaware that such vast sums are provided to anti-Israeli organizations.

Steinberg has also been instrumental in promoting Knesset legislation which now requires NGOs to be transparent and disclose their sources of foreign funding, based on the model of the US Foreign Agent Registration ACT (FARA). This requirement will enable Israelis to appreciate the extent of foreign initiatives designed to fund anti-government “political activity.”

NIF is a public charity and should thus be obliged to introduce greater transparency and implement accountability with checks and balances. Although we are told that Radanovitz is no longer employed by the NIF, we know nothing about her replacement, or whether the numerous organizations still promoting the dismemberment of Israel as a Jewish state last year have been excluded from 2011 grants. NIF should be obliged to publish this information immediately.

Clearly, in these difficult times there is a need for drastic change in the personnel managing this organization and an end to the secrecy under which they operate in order to ensure that funds raised for the welfare of Israel are not diverted to organizations committed to undermining the Jewish state.

This column was originally published in the Jerusalem Post

Copyright - Original materials copyright (c) by the authors.
Posted by Sally Zahav at 5:56 AM