Why a Nuclear Iran is Not Just an Israeli Problem

Saudi Arabia and Iran may have pushed the region to the brink of crisis. 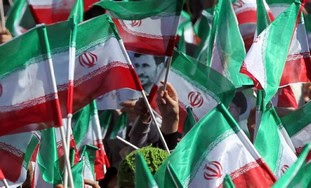 The Middle East is so frequently embroiled in violence that the world failed to note the region’s descent into cold war. That blindness could have continued had it not been for several dramatic incidents that brought the depth of loathing between the Sunni Kingdom of Saudi Arabia and the Shiite Republic of Iran into sharp focus.

First, there was the explosive WikiLeaks revelation that Saudi King Abdullah bin Abdul-Aziz Al Saud had repeatedly urged then-US Army general David Petraeus to launch a military strike against Iran’s nuclear program. Then, last month, in a mob-like move aimed at showing Riyadh that Iran does not take kindly to Saudi interference, US Attorney General Eric Holder revealed an Iranian plot to assassinate Adel Al-Jubeir, the Saudi ambassador to the United States.

These incidents have not only demonstrated the extent of hostilities between these two regional giants, they have shown that Iran’s acquisition of nuclear weapons will resonate far beyond Israel’s borders.

Fueled by the ancient Persian suspicion of Arab hegemony coupled with years of sectarian tension, relations between Saudi Arabia and Iran have descended steeply since the fall of Shah Mohammad Reza Pahlavi in 1979. This is a conflict motivated by a desire of one sect of Islam to claim victory over the perceived heresies of the other, to seize control of the oil riches of the Persian Gulf and to establish a pan-Islamic patronage over the entire Middle East.

In short, this intense feud has all the ingredients of destruction – religion, money and power.

Presently, the delicate peace in the Persian Gulf is maintained by US presence in the region, which in turn ensures the stability of the global oil supply. A nuclear Iran would fundamentally transform this fragile arrangement.

If faced with a vastly superior military rival, Saudi Arabia—at the expense of both Israel and the Saudi-allied Gulf States—would be forced to either give in and allow Iran to reign over the region, or it would enter a 1950s-style nuclear arms race. Most likely, Saudi Arabia will seek to acquire its own arsenal through its Sunni ally, Pakistan.

In either scenario, the region would be thrust into chaos and the world would be faced with the choice of either Iranian supremacy in the Middle East or a nuclear arms race between two extremist, radical regimes.

The implications of a nuclear Iran for Israel are twofold: First, a nation committed to Israel’s destruction would have the military capability to match its annihilationist rhetoric. While political commentators may squabble over whether Iran would ever use nuclear weapons to eradicate the Jewish State, the stakes are too high for Israel to risk underestimating Iran’s intentions.

Second, the landscape of the Arab-Israeli conflict would be immediately and fundamentally transformed. The presence of Israel is, at best, begrudgingly tolerated by its neighbors. At worst, they merely bide their time until the balance of power shifts in their favor.

The Arab characterization of the 1967 War as a mere “setback” (Naksa) and the Palestinian insistence that millions of its refugees be resettled in Israel - thereby shifting the demographic balance in the Palestinian’s favor - points to an Arab intention to eradicate Jewish self-determination in the region; whether by force or by stealth.

A recalibration of power in the Middle East would significantly bolster these aspirations and would gravely diminish the military deterrent that is so central to Israel’s survival. Iranian acquisition of nuclear weapons may be the battle cry for which Israel’s enemies have been waiting.

Israel’s relationship with its enemies to the north and to the south would also be catastrophically altered. To date, Hezbollah and Hamas have been satisfied to bait and goad Israel through means of terror and rocket fire in the hope of provoking a response that could be easily characterized as an overreaction in the eyes of the world. In other words, Hamas and Hezbollah happily put their own civilians in harm’s way to claim a public relations bonanza.

Safe in the knowledge that Israel will think long and hard before engaging in battle with a satellite of a nuclear state, these factions will be encouraged to undertake more daring provocations,

Syria and Lebanon would also be emboldened: A volatile Syria, led by an increasingly desperate and fragile regime, but now with the protection of a nuclear Iran, may seek to divert attention from its brutality towards its own people by directing some of it towards its preferred foe and scapegoat, Israel.

Meanwhile, Lebanon may decide to pick its own fight. The current territorial dispute with Israel is confined to the minuscule Shebaa Farms, but Israel’s recent discovery of massive natural gas reserves off its poorly-delineated Mediterranean coast constitutes a far greater prize, one which Lebanon may now be prepared to fight for.

Either way, Iran may view these issues as suitable pretexts for waging war through its proxies in order to test Israel’s willingness in challenging a nuclear power.

Since its birth, Israel’s survival has been predicated on possessing a military might greater than that of its combined enemies. Peace treaties with neighbors, dialogue with foes and enormous diplomatic efforts the world over are important, but it is Israel’s superior military capability and in particular, its nuclear deterrent which protects the Jewish State.

Iran now stands poised to rock any stability that Israel enjoys and to transform the balance of power in the Middle East. If at first glance this may appear to be just an Israeli problem requiring an Israeli solution, a closer analysis of a nuclear Iran shows that this is an international catastrophe that demands a united and determined international reaction.
Alex Ryvchin is a London based lawyer and the founder of The Jewish Thinker (jewishthinker.org) a non-profit organization promoting discussion and awareness of matters affecting Jewish life.

This information must be spread widely.