Daniel Pipes: "The Public is Receiving Much Disinformation" 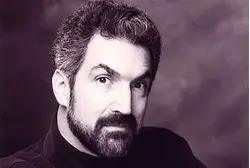 Daniel Pipes, president of the Middle East Forum, gave an interview with conservative political activist, Ezra Levant, as was reported by Israel Matzav, the popular blogspot for issues regarding Israel and the Middle East.

Regarding the continually deteriorating situation in Syria, Daniel Pipes stated that it is only a matter of weeks or months until the Syrian “tyranny” topples. He noted, as others have written, that the most important aspect, from a strategic point of view, is that a regime change in Syria will almost certainly result in the breaking of the Syrian alliance with Iran, which will cause “a real blow” to the Iranian regime. As of now, Iran uses their relationship with Syria as a means of transferring arms and money to Hizbullah and Hamas, and gaining influence in “the heart of the Middle East.”

Pipes said that while the Iranian military is, largely, out of date, Israeli officials have indicated that it has dispersed functions and continues putting facilities underground, some as far as 100 meters. As Iran continues putting nuclear facilities underground at an increasing rate, the option of staging a pre-emptive attack will no longer be viable.

At this point, Pipes notes, Israel lacks the support of the United States and is, therefore, left with two feasible options to attack Iran. Either they can use fighter planes, striking key targets, although that option may not be viable in the near future. The second option is to use tactical nuclear weapons based in submarines, which will, undoubtedly escalate the situation even further, but remains plausible.

The American administration, he said, does not put sufficient pressure on Iran and is not willing to exert the necessary force needed to curtail its nuclear ambitions.

He goes on to state that if the United States was, in fact, ready and willing to attack Iran, more options would be available. The United States has a larger military force, more planes, more ordinance, better intelligence and troops may be deployed on the ground, but says that it is highly unlikely that Israel would decide to take such a route.

Pipes said that while Iran has been on the international radar for quite a while, there is a newfound urgency to the situation. While there was always some sort of timetable with regards to Iran, it no longer remains in the distant future, and is taking on a heightened degree of urgency, with "July looming," as a time at which a non-nuclear pre-emptive strike would no longer be feasible.

There has been a lot of media coverage and "chit chat by Israelis" as well as visits to Israel by top international officials, seeking to "cool down the Israelis."

Pipes said that the public is being fed a great deal of “disinformation.” The man in the street cannot possibly discern the truth and everything the public thinks is true is mere speculation. Pipes said that it will probably be ten years before we learn the truth behind what is going on now.