Decade After Siege: Church of Nativity Deportees Speak Out

It was one of al-Aqsa intifada's most memorable events, with terrorists taking 200 civilians hostage. Ten years later, Palestinian deportees speak of regret, hopes of going home while for others, armed struggle still only available option.

Yassin al-Harimi claims that he is a new man. A decade after he walked out of the Church of Nativity in Bethlehem, when the world's eyes were all trained on it, the oldest of the Palestinians who were deported by Israel, a man who waited for the IDF's troops among dozens of Palestinians armed to the teeth with explosives, no longer believes that violence is the right path. "The Al-Aqsa Intifada and the armed struggle were the Palestinian leadership's biggest mistake," he told Ynet on Sunday from his Amman residence. "I'm against an armed struggle – I support peace."

It has been 10 years since the siege on the Church of the Nativity in Bethlehem, at the height of the second Intifada. With the launch of Operation Defensive Shield, the IDF took over Bethlehem and battled against armed terrorists, most of who belonged to the Al-Aqsa Martyrs' Brigades, Fatah's military wing. 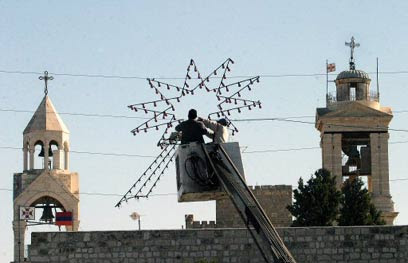 The Church of the Nativity (Photo: AFP)

Some 39 of the armed men barricaded themselves in the Church of the Nativity on April 2, 2002 with weapons and explosives. They took over one of the buildings most sacred to the Christian faith and took 200 civilians and clergy as hostages while they battled with the IDF.

'We want to go home'

The IDF then imposed a siege on the building, which caused tensions in relations between Israel and the Vatican. Just over a month later, an agreement was reached: 13 of the most senior wanted men would be deported to European countries and the rest, 26 men, were deported to the Gaza Strip.

"In the last decade most of us haven't done anything special, we mainly hope that one day we can go back to our homes," Samed Halil, who was deported to Gaza and who moved to Jordan after the Hamas takeover told Ynet. "I think things have completely changed, it's a different era. The whole idea of an armed struggle against Israel is completely over. I no longer think it's the solution – we had experience with it and we realized it wasn't the right thing."

Halil notes that the deportees still keep in touch, mainly by phone but surprisingly, the people they are no longer in contact with are people in the al-Aqsa Brigades who remained in the West Bank. "I'm different from the man I was then and believe in a popular struggle through peaceful methods. Dialogue between the two sides must be supported as well as the possibility of negotiations in accordance with the conditions stated by the Palestinian Authority within the 1967 borders."

Al-Harimi expresses similar statements. "The armed struggle is not in the interests of the Palestinian people. We need to continue with the struggle through non-violent means in order to obtain peace with the Israeli people and I hope that when there are negotiations it will enable us to come back."

Yet in spite of the deportees' hopes of returning to the West Bank, the Palestinian Authority, which supports the deportees financially, is less optimistic.

"From that day and up until now there has been no movement or breakthrough in the peace process," says Fatah senior official Kadura Fares.

The PLO continues to demand that they be brought back but as there is a negotiation freeze there is nearly no chance that they will return to the (West) Bank's boundaries. Israel does everything it can to weaken Abbas, so there is no chance it will offer him a gesture and agree to their return." 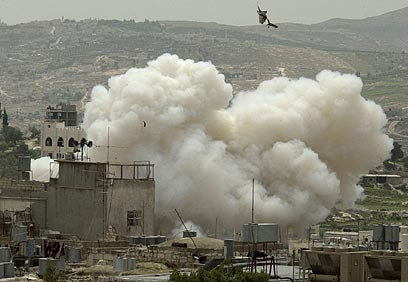 Ahmad Hamamra was among the 13 senior men who were deported to European countries. He was a senior operative in the al-Aqsa Brigades and Israel ascribed him with a long list of terrorist activities, including recruiting a suicide terrorist and planning a terror attack at a Jerusalem mall. Hamamra was deported to Spain and has been there ever since. Unlike al-Harimi and Halil, he continues to adhere to the militant approach with regards to the struggle against Israel. "I believed and I still believe that the only solution to the Palestinian matter is a revolutionary struggle," he claims. "For 20 years we have tried to hold negotiations and during that entire period Israel has expanded the settlements and taken our lands. We gave Israel a historical opportunity with the Oslo Accords and Israel still controls the land, the water and the air in our territory." Hamamra does not have any kind words for the current leadership in both the Gaza Strip and in Gaza: "Our leadership has a problem – we lack a clear strategy as far as the struggle against Israel is concerned. "We need to put together a revolutionary new leadership for the Palestinian people, leadership that will carry out armed operations against Israel everywhere around the globe"

Hamamra is devoted to the belief that characterized the PLO in the 70s and 80s, when the organization declared its support for terrorist activities against Israel.

"Today neither Fatah nor Hamas are taking the right path in their struggle against Israel. I support the struggle carried out by Islamic Jihad recently (the firing of rockets on the south), but it needs to increase the (rocket) fire. They need to attack Israel in every way they can," Hamamra added.