The New Black Panther Party would not be intimidating voters if the Justice Department had not aggressively intervened on their behalf. Had their prior voter intimidation acts led to serious consequences, we would not be seeing this now.

This is voter intimidation arranged for by the Obama Administration with hardly enough plausible deniability to wrap a microdot in. And the Black Panthers aren’t just outside the polling places. They’re inside them too acting as inspectors.


Court-appointed Republican poll inspectors are being forcibly removed from voting stations in some Philadelphia wards and replaced in some cases by Democratic inspectors and even members of the Black Panthers, according to GOP officials.

There are more pictures of Attorney General Holder’s racist army of vote intimidators doing their job. 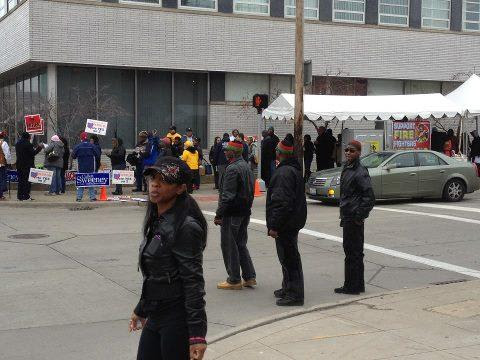