Aqsa Martyrs Brigade activists arrested while attempting to move rockets, other weaponry between locations in Gaza. 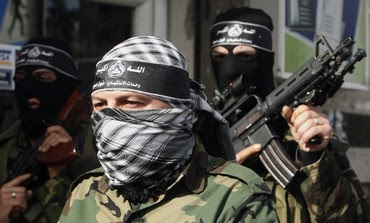 The sources told the Fatah-affiliated Palestine Press News Agency that Hamas confiscated 100 rockets and 500 "combat units" when Fatah tried to move them from one location to another in the Gaza Strip.

The sources did not explain what they meant by "combat units."

According to the sources, members of the Islamic Jihad organization intervened to act as mediators between Hamas and Fatah following the confiscation of the weapons and the arrest of the four activists.

It was not clear whether the three had any connection to the seized weapons.
The three were identified as Ramzi Hawileh, Mohamed al-Musa and Abed Abu Rukba.