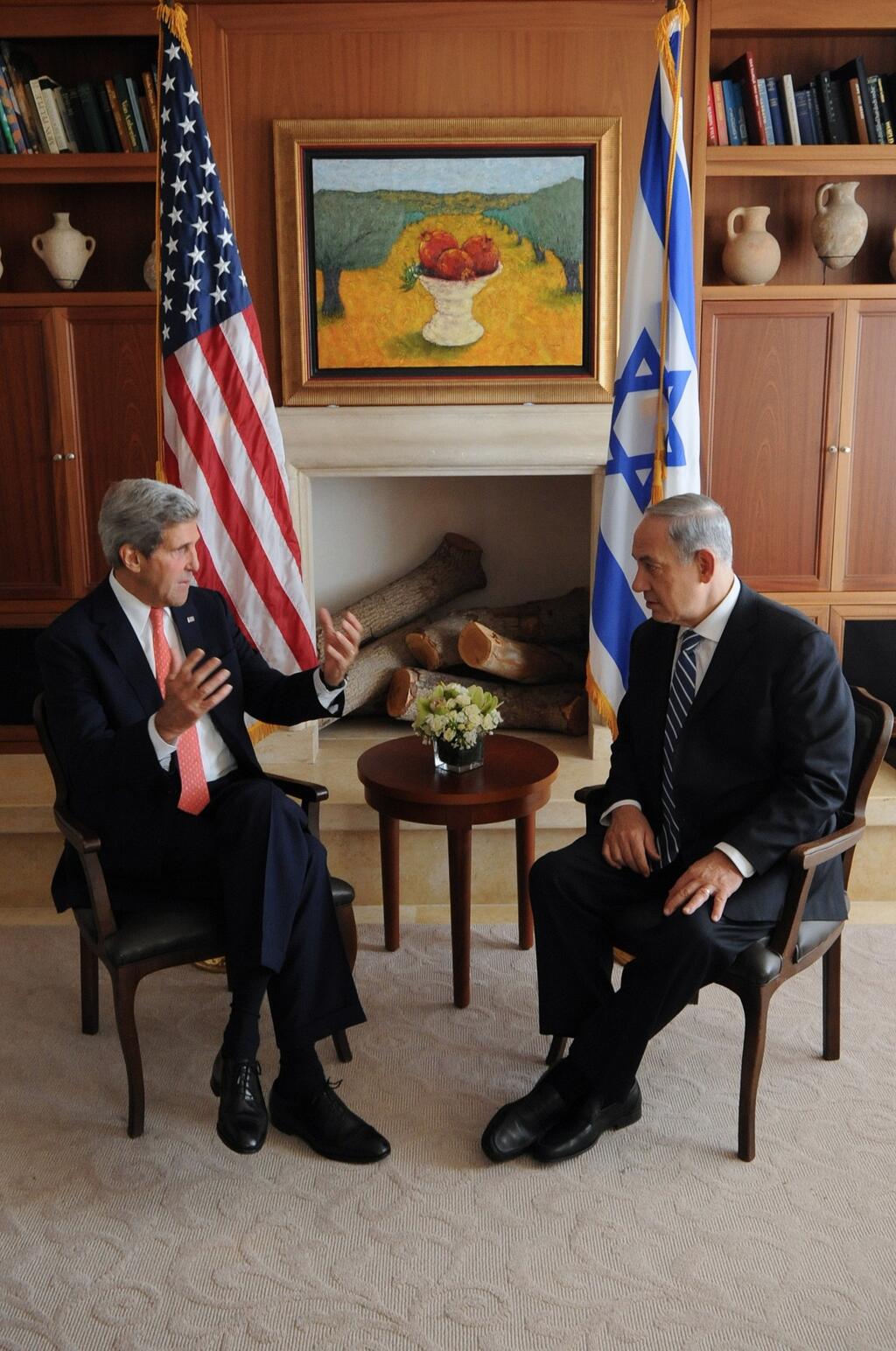 EXECUTIVE SUMMARY: US Secretary of State John Kerry warned of a return to Palestinian violence and Israel’s isolation should peace talks fail. This is yet another reflection of the Obama administration’s inability to properly understand the Israeli-Palestinian conflict. Israel has strong international backing and will not be isolated as Kerry indicates. The Palestinians know that a return to violence will only be met by a strong Israeli response.

US Secretary of State John Kerry warned of a return to Palestinian violence and Israel’s isolation if the faltering peace talks between Israel and the Palestinians ultimately fail. This is a typical leftist Pavlovian response to the impasse in Israeli-Palestinian negotiations that is now over a decade old. Such thinking primarily reflects the frustration that the optimistic evaluations that the conflict can be ended quickly remain unfulfilled. Unfortunately, Kerry’s remarks tell the Palestinians to hold on to their maximalist positions. This reflects an inability to grasp the intricacies of protracted intractable ethnic conflict and a misguided American policy.
There is definitely a possibility that the Palestinians, in particular the radical forces, will recur to violence. In reality these forces try to kill Israelis all the time, and a dearth of terrorist attacks in recent years can only be attributed to the work of the Israeli security forces. Yet the likelihood of massive organized violence by the Palestinian Authority (PA) is small. Rocking the boat endangers too many vested interests of the Palestinian ruling class. The PA leadership has probably registered the heavy price paid by the Palestinians during their terrorist campaign at the beginning of the twenty-first century, as a result of Israeli countermeasures.
Moreover, even if the Palestinians miscalculate once again and go for a “third Intifada,” Israel’s capability to contain terrorism and other modes of civilian struggle is high. The Israeli army can be trusted to meet all challenges successfully. Most important, a large majority of Israelis believe that the Palestinian demands, such as Jerusalem and the “Right of Return,” are the real obstacles to peace. This large consensus about Palestinian intransigence allows for significant social mobilization and resilience in protracted conflict. Israelis will go once more to war with a feeling of “Ein Breira” (no choice) and are likely to win that engagement as well.
Large parts of the hypocritical world may indeed see Israel as the culprit for the failure of the negotiations and for a new round of Israeli-Palestinian violence. But such negative attitudes do not necessarily lead to international isolation. Public statements and the voting record of states at the UN – an ineffective, morally bankrupt organization – are not indicative of the true nature of interstate relations.
National interests dictate state actions, and in most cases bilateral relations with Israel are hardly affected by the ups and downs in the peace talks with the Palestinians. For example, the rising powers India and China have expanded their bilateral ties with Jerusalem because it is in their interest to engage a successful state such as Israel. Nowadays, when the Iranian threat dominates the region, Arab Sunni states such as Egypt, Jordan, and Saudi Arabia, who are exasperated with American behavior, are in the same strategic boat as Israel. Generally, the Middle East – especially today, while in the throes of a colossal political, social, and economic crisis – is hardly paying attention to the Palestinian issue. In the Caucasus and in Central Asia, Muslim Azerbaijan, Kazakhstan, and Uzbekistan are friendly to Israel.
Moreover, isolation of Israel is unlikely because of the large existing reservoirs of support for Israel in many quarters. Canada and Australia are ruled by governments most responsive to Israeli concerns. Even in Western Europe, concerns about Muslim immigration and foreign aid place the Palestinians in a problematic spot. Above all, two-thirds of Americans have consistently favored Israel over the past two decades, which translates into Congressional support. The US is Israel’s most important ally and even the Obama administration has maintained the strong support and cooperation in the military sphere.
But the prism of the Obama administration on the Middle East and global affairs is fundamentally flawed. An American foreign policy that supports the Muslim Brotherhood, estranges its traditional Arab allies such as Egypt and Saudi Arabia, allows Iran to get closer to the bomb, sees in Turkey’s Erdoğan a great friend of the West, and insists that the Israeli-Palestinian conflict can be ended in nine months is dangerous and does more damage that good. Similar complaints about poor US political judgment are abundantly voiced by America’s friends in Asian and Eastern European capitals.
It is the enemies of the US who rejoice in President Barack Obama’s foreign policy, and who relish in America’s perceived decline in world affairs.
Ironically, at this historic juncture, even an isolationist America would be a better alternative for those that want the good guys to win. Therefore, dear President Obama, please do us a favor: save some money and keep Kerry at home.
Prof. Efraim Inbar, director of the Begin-Sadat Center for Strategic Studies, is a professor of political studies at Bar-Ilan University and a fellow at the Middle East Forum.
BESA Center Perspectives Papers are published through the generosity of the Greg Rosshandler Family
Click here for a PDF version of this article
(Photo Credit: Twitter/US State Department)