Giving in does not lead to agreement, but rather to determination. Israel must do what Israeli interests - not American interests - dictate 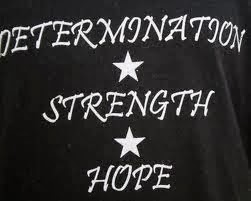 Everyone is aware of the American plan to impose the Muslim Brotherhood on Egypt and any other country that would allow it. The reasons for this American plan were revealed on this stage a half year ago.

Meanwhile, Sisi's regime in Egypt is becoming more entrenched, and the Muslim Brotherhood  - the Americans' favorites - has been declared illegal, they and their many organizations, having been declared to be a "terror organization". They are forbidden to hold demonstrations and gatherings, they are forbidden to distribute fliers, and the police even become involved in the universities in order to suppress the Brotherhood's activity.

One may disagree with Sisi's pronouncement of the Muslim Brotherhood as a terror organization, but one cannot take issue with the fact that the Egyptian regime is determined in its opinion to sweep the organization out of the political field, despite tens of millions of Egyptians who identify with them and with their goals. One may take issue with the behavior of the Egyptian regime and call it "undemocratic", but one would also have to admit that it is supported by many millions of Egyptians.

One may also condemn the violence that the Egyptian regime uses against those who oppose its actions, but you must also admit that in the Middle East there are much more violent regimes, for instance Syria and (democratic!!) Iraq.

Sisi also knows the American position full well, and especially President Obama's negative opinion of the actions against the Brotherhood, but Obama doesn't upset him, and not John Kerry either. He doesn't change his goal or retreat from the actions that he has taken against the Brotherhood. My heart tells me that Sisi already is not returning Kerry's or Obama's telephone calls when they phone to convince him to ease the pressure on the Brotherhood in the same way that he didn't capitulate to their pleas to restore Mursi to the presidency since he deposed him in early July this year. Moreover, Sisi is not deterred from putting Mursi in the defendant's cage and accusing him of murder, which could bring upon Mursi a death sentence.

If the court imposes harsh sentences on Mursi and the leaders of the Muslim Brotherhood - and perhaps even the death sentence - the American government will issue a condemnation and try to bring about a lighter sentence, but I am not at all sure that Sisi will answer to the American demands, even if they are accompanied by punitive actions such as reduction - or even elimination - of military and civil support.

The Americans will have to decide what they will do about the Egyptian determination: will they totally cut off the connection with Egypt and allow this country to switch over to the Russian camp, or perhaps they will swallow the frog and continue to support Egypt, mainly in the civil arena, in order not to push Egypt into returning to Moscow. In my opinion Obama and Kerry have capitulated and will continue to capitulate to Sisi's determination and they will accept - under protest - his policy.

The events in Egypt prove that Obama and his team of aides are helpless against the determination of Middle Eastern countries. That's how it is with Iran, with Iraq, and with Syria. They can not enter into a confrontation with governments that are determined and firm in their positions, and ultimately Obama accepts the decisions of Middle East countries' regimes, even if he does not agree with them.

What Netanyahu can and must conclude is that it is not at all necessary to come to an agreement with the Palestinians. Kerry can come on missions from Obama again and again, can raise a thousand and one ideas, but he cannot take away the Jewish People's right to the Land of Israel that was granted to it thousands of years ago and again in 1920 in the San Remo Conference. Obama and Kerry cannot assure Israel that a Palestinian state with territorial contiguity would not at some point become another Hamas state, in addition to "Hamastan", which arose six and a half years ago, and therefore Israel must relate to their demands exactly as Sisi relates to them.

A Palestinian state with territorial-terrorist contiguity would be an existential threat to Israel, and therefore Israel should assert its right - it can and must say to Obama and Kerry: No!!! If Netanyahu would be as determined as Sisi - he would succeed against Obama and Kerry, exactly as Sisi does.

Translated from Hebrew by Sally Zahav with permission from the author.

Copyright - Original materials copyright (c) by the author.
Posted by Sally Zahav at 3:20 AM