What are the ten greatest mistakes that the United States made in Afghanistan? 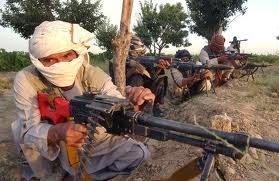 The book evoked many reactions when it was published, some of which were positive and some negative, with the disagreement being less about the facts than their interpretation. The authors won wide recognition, negative or positive, according to the reader’s point of view.

This week, Stephen Walt published an important article in the journal “Foreign Policy” in which he describes the ten greatest mistakes that the United States has made in Afghanistan, against the background of President Obama’s decision to withdraw from this country at the end o f 2014. Walt states in the beginning of the article that the war did not end well, and that the United States will not defeat the Taliban; instead, the Taliban will establish an al-Qaeda terror state in Afghanistan.


The U.S. tries to win the battle alone

Relations between the United States and Afghani president Hamid Karzai are deteriorating: not only does Karzai not agree to leaving American forces in his country, lately he has begun to say that the United States is responsible for the death of his citizens. This is very distressing for many Americans, considering what the United States has invested in Afghanistan, in its soldiers’ blood and billions of dollars. Walt enumerates ten reasons for the American failure.

The first is that the United States entered into the battle alone. After the attacks of September 11, 2001 NATO members offered the United States to join in a war on the Taliban and al-Qaeda, but Minister of Defense Donald Rumsfeld politely rejected the suggestion, thinking that the United States could cope with the problem alone. Only after the war in Iraq broke out in March 2003 did Rumsfeld agree to additional forces joining in Afghanistan, but by then it was too late, since the Taliban had already begun to return to their former strength.


Karzai’s administration was not capable of ruling the state effectively

The second reason is bin Laden’s escape to the mountains of Tora Bora, and the American failure to eliminate him during the first phase of the war. If bin Laden had been eliminated in the first phase it would have been easier for the Americans to eliminate al-Qaeda. In my opinion Walt errs in this statement, because the elimination of bin Laden at any point in time would not have destroyed the al-Qaeda idea of global jihad. The third reason is the Afghani constitution of 2004, which grants the president broad authorities and does not take into account the wishes of the population, who are interested in autonomy on a local basis. Karzai’s administration was not capable of ruling the state effectively and therefore it became corrupt. The economy did not develop and the state became dependent on foreign donations.

Walt errs severely on this point: the United States should have brought about the division of Afghanistan into separate states, a separate state for each one of the ethnic groups, similar to what occurred in the Soviet Union, Yugoslavia and Czechoslovakia, and not just grant them local autonomy.


Forces and Intelligence resources were diverted to Iraq
The fourth reason that Walt identifies for the American failure is the invasion of Iraq, which diverted forces and intelligence operations from Afghanistan to Iraq. In my opinion it is difficult to take this reason seriously, because the joint force of the United States and NATO could certainly have coped with two fronts simultaneously.

The fifth reason is the fact that Obama did not increase the forces enough in order to eliminate the Taliban in 2009, and the forces that he did add were not sufficient to cope with the support that the Taliban received from Pakistani territory. On this point, I agree with Walt.

The sixth reason is the fact that President Obama set a date for the withdrawal from Afghanistan. The message that he sent to the Taliban is that its fighters had only to be patient and survive until the stated date in order to take over the country after the United States left. Walt is correct in this point as well. One who shows his cards is always at a disadvantage. The seventh reason Walt states is that the United States did not act decisively enough to promote the peace process and reconciliation in Afghanistan while encouraging the more moderate stream of Taliban and additional segments of the population. Walt is totally wrong on this point, because he assumes that a moderate segment will be able to dictate policy to a violent group. This is impossible, because in any conflict between a moderate and a violent agent, the violent one will win.


Eventually, support for the war decreased among the American public
The eighth reason is the failure of both Bush and Obama to convince the American public of the necessity of war in Afghanistan after the initial support at the end of 2001, following the attacks of September 11. The more time that passed, the more the president lost support of the public, who did not see the purpose for the war. Obama tried to justify the continuation of the war citing the danger that the al-Qaeda organization might become established in Afghanistan, but in 2009 al-Qaeda already had alternatives in Pakistan and in Iraq. At that point, the American public did not believe that the goal could be achieved and therefore it reduced its support for the war.

The ninth reason is the fact that the government that the United States had established in Afghanistan was weak, and the regime was dependent on American support in order not to collapse. Walt’s mistake is that by its very nature, a regime in a country as complex as Afghanistan cannot be strong, because the population is split and divided into many groups that do not see the regime as legitimate.
The tenth reason is internal contradictions and inconsistencies in American policy toward Afghanistan over the years.

Walt sees the dots but does not connect them: the primary, basic mistake that Walt neglects to note was leaving Afghanistan as a unified state instead of dividing it into separate states based on ethnicity, and all of the mistakes that he does note are a necessary result of this basic mistake.

Walt demonstrates erudition concerning the actions of the United States, but from his article it is clear that he has only a partial understanding of Afghanistan’s true problems, and in this he is apparently no different from many decision makers in Washington, who, like him, see the dots, but do not always manage to connect them.

Translated from Hebrew by SallyZahav with permission from the author.