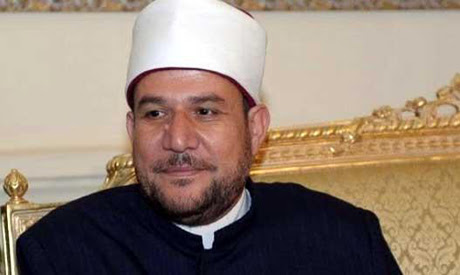 Egypt’s ministry of religious endowments (Awqaf), one of the country’s top state religious bodies, has decided to place all Islamic cultural institutes and preacher training centres under its direct supervision starting next academic year.

In a statement on Friday, Awqaf said it will not allow educational centres, which have been operated by independent religious associations, to be used “as a backdoor for [teaching] extremism or terrorism.”

The move comes in a series of measures taken by the ministry and the country’s leading Sunni Islamic institute, Al-Azhar, to curb "the spread of extremist ideas."

The latest decision mandates that only syllabi designed by the ministry used in classes since "text books representing certain affiliations feed radicalism and are tearing apart the societal fabric.”

Heads of the ministry directorates in different cities would have to monitor these education centres, the ministry said, and to submit reports on currently used text books and teachers within a month.

Starting next academic year, only those individuals certified by the ministry would be permitted to head the operations of those centres or teach there.

“There would be no exception to this rule,” the ministry said, warning that any cultural or educational institute uncertified by the ministry or Al-Azhar would be deemed illegal.

The ministry added it will increase the number of its own training facilities “to accommodate those wishing to learn the correct Islamic knowledge.”

President Abdel-Fattah El-Sisi has recently called on Al-Azhar to renew its religious discourse in order to guide Muslims to a correct understanding of Islam.

Since the ouster of  Islamist president Mohamed Morsi in 2013, authorities have maintained that many unofficial religious centres and small mosques have been used for decades by the Muslim Brotherhood and other radical Islamist groups against the country's national interest and security.

Last year, Al-Awqaf mandated all preachers to acquire a permit before administering sermons on the pulpit, banning all unlicensed preachers. The ministry also prohibited Friday prayers at small less-regulated mosques known as Zawaya.

According to a law signed by former interim-President Adly Mansour following Morsi's ouster, unauthorised preachers could face jail terms of up to a year and maximum fines of LE 50,000 ($7,000).

Since the ministry started to tighten its grip over the mosques and Zawaya, some groups turned to the educational venues as a substitute to spread their ideas, the ministry said.

The danger which rises from some of these [unregulated] institutes equals that which emanates from arbitrary Zawaya, the ministry explained.