A trip along the Gaza border, where Hamas is rebuilding its tunnels - Matan Tzuri


Tunnel entrances dozens of meters from the fence, fortified Hamas military positions and a cement factory - all is out in the open, right across the Gaza border; MK Yellin: 'We're in a race with Hamas, and we must not lose.'


There is complete silence on the Gaza border these days, but it's mostly because both sides are focused on their work. On the one side of the border, Israel is drilling into the ground in an effort to locate tunnels that cross into Israeli territory, and on the other side Hamas is clearing out areas to dig tunnels.

"We're in a race with Hamas on who will get there first: Israel with a technological development to locate tunnels, or Hamas succeeding in crossing the border and opening an entrance into Israel for the terrorists. That is the big question, and in this race we must not lose," said MK Haim Yellin.
In the wake of the collapse of two tunnels near the border area over the past week, and Hamas' admittance that the tunnel "enterprise" was working at full speed ahead, we left in an armored vehicle for a drive along the Gaza border. MK Haim Yellin (Yesh Atid), a resident of Kibbutz Nahal Oz and the former head of the Eshkol Regional Council, joined us on this trip, taken from north to south.
About a year and a half after Operation Protective Edge, Hamas is once again back on its feet, and then some. The line of Hamas military posts is only dozens of meters from the border fence, about 500 meters from one another. These posts are fortified with concrete and sandbags. Opposite the Hamas posts is an IDF pillbox, currently manned by fighters from the Golani Brigade. One facing the other, at loggerheads. 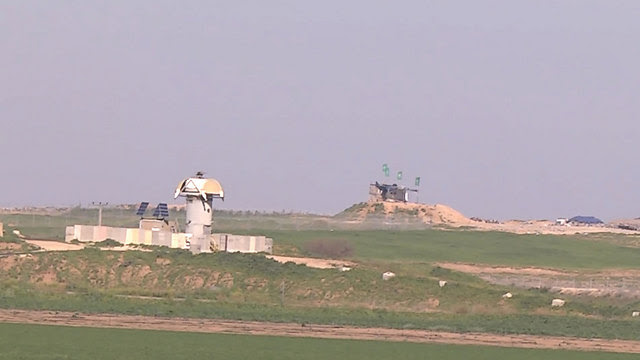 These Hamas posts serve several functions: Primarily, they are there to observe the area. Somewhere around these posts there's a tunnel opening, that God only knows where it ends. Across the border in the central Gaza Strip, we could see a cement factory, near the fence. Right next to it is a levee between two Hamas posts.
There are mounds, at the center of which there is a pit that used to be an entrance to a tunnel which was blown up by the IDF. Hamas is digging again, rebuilding, and preparing for the next round for fighting.
Opposite that, the IDF is operating drills to locate tunnels and conducting tests. 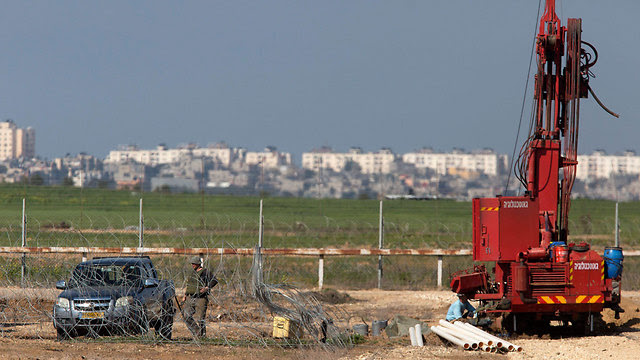 Hamas, it would seem, is showing no signs of fear. Its line of military positions along the border is part of its psychological warfare, and a way to send out a message that the organization's fighters are present on the ground.

Hamas fighters are speeding between the posts on motorcycles, patrolling, and providing equipment to the guards at the posts. They're doing all of this in order to get the IDF's attention, in the hopes the IDF lookouts fail to identify their main mission - the digging of tunnels. 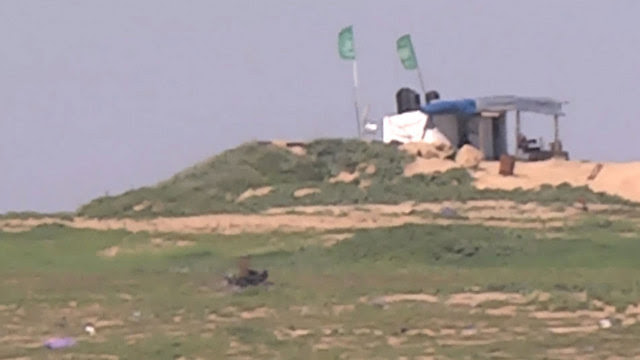 On the eve of the end of Operation Protective Edge, the IDF declared that if Hamas resumes digging, it would serve as justification for ground operations.
"We've lost the deterrence sooner than expected," Yellin said. "There's a policy for the rocket fire - an IAF strike for every rocket fired. But what about the tunnels? There's no response and no policy. Nor is there a policy for the rest of the threats - like the military posts. They built their positions based on our model, the same size. We can see mounds of dirt, and a factory to manufacture basic materials for iron and concrete. This is what they're using to build the tunnels. This is a completely absurd reality. They can do whatever they want, it's an absurd situation. It's all out in the open, and all of this has been developing over the past six months." 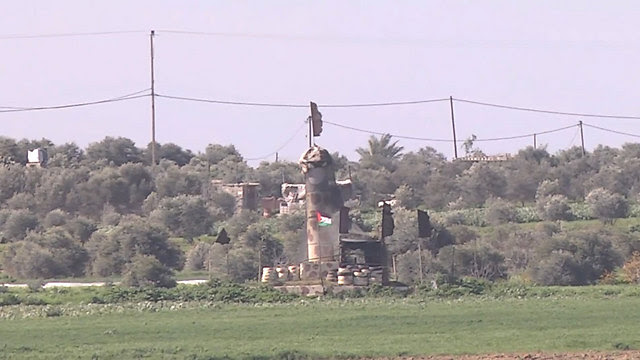 ISIS flag flying next to the Palestinian flag at a military position in central Gaza (Photo: Roee Idan)

And there is one threat that is already dozens of meters away from the fence in the central Gaza Strip: The Islamic State group. Opposite one of the Israeli communities on the Gaza border, a fortified post was erected with a black flag, alongside the Palestinian flag.