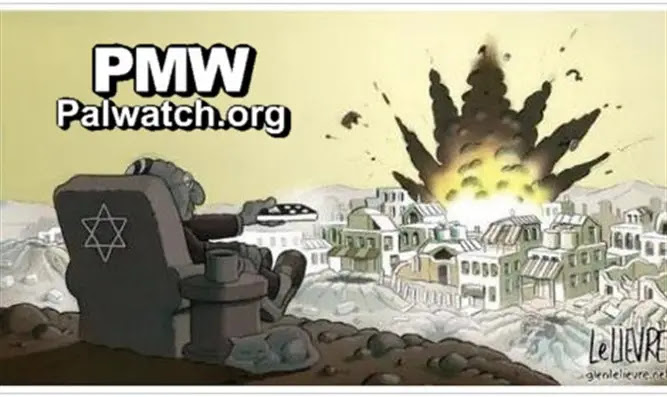 On Tuesday, just one day after Ayrault held a closed-door meeting with foreign dignitaries in an effort to reboot final status talks between Israel and the Palestinian Authority, Fatah’s published a cartoon suggesting that Jews were secretly behind global terrorism and international military conflicts, the Palestinian Media Watch reported.

The cartoon shows a stereotypical Jewish caricature wearing a kippa and sitting in a chair with a Star of David. The man can be seen casually setting off explosions in a nearby town, using his remote control.

Ironically, the image was published on Fatah’s official website just hours before President Obama took to the podium at the UN, urging “Palestinians [to] reject incitement and recognize the legitimacy of Israel.” Obama continued by saying that Israel ought to withdraw from Judea and Samaria and enable the establishment of a Palestinian state.

The watchdog group Palestinian Media Watch noted that another cartoon published by Fatah made a similar implication, suggesting that Jews were to blame for Islamic terrorism.

The cartoon showed another stereotypical Jewish figure, wearing an armband with the Israeli flag, setting off a bomb containing two Muslim men, one labelled Sunni, the other Shia, each of whom is setting off their own explosives. The image draws upon classic anti-Semitic conspiracy theories that Jews are secretly masterminding world events and are responsible for international terrorism, wars, and other crises. 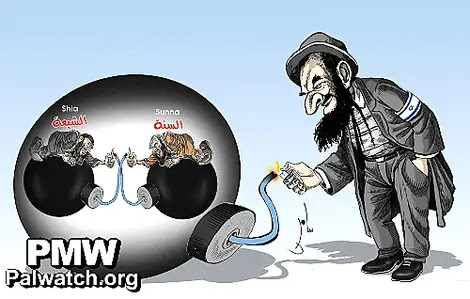