“Don’t pull the trigger until we are ready.” In other words, -- wait until Iran’s operations in Syria with its Shiite militias and Hizballah are ready to go for a military showdown with Israel. 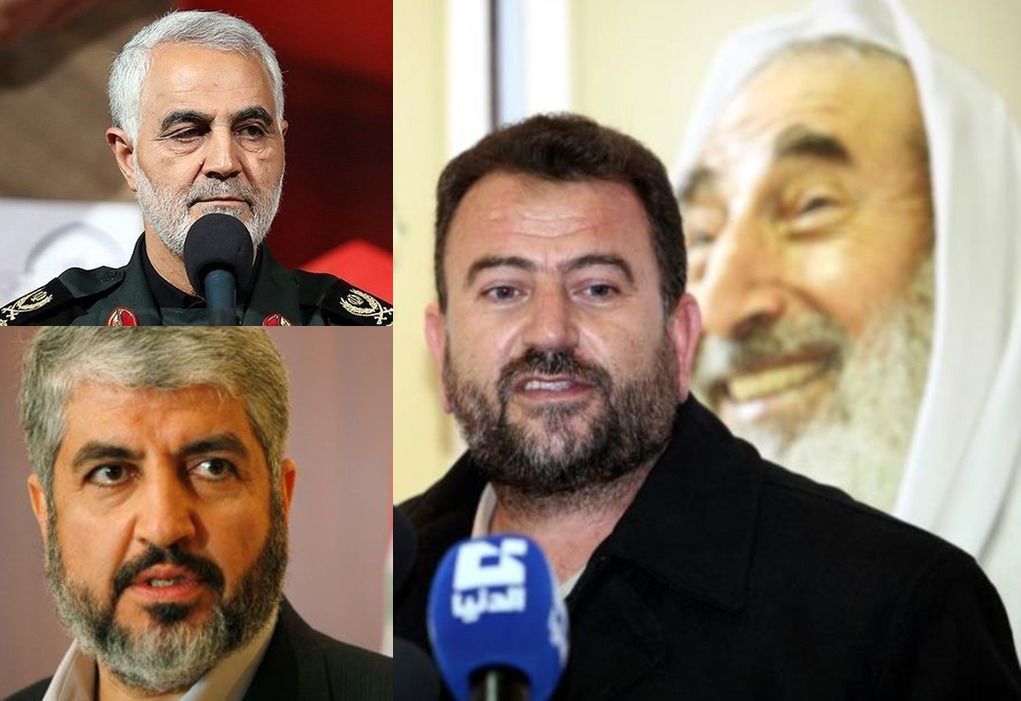 When Saleh Arouri, commander of the Hamas military arm, along with the Palestinian Islamic Jihad leader Ziyad Nahalah, visited Tehran on Feb. 14, they heard Gen. Soleimani, commander of Iran’s Middle East operations declaring in a fiery speech that “launching missiles at Israel is not enough.” But at a quiet meeting, the Iranian general secretly issued the reverse directive, DEBKAfile’s intelligence sources reveal. It was substantially, “Don’t pull the trigger until we are ready.” In other words, save your resources and strength for later; wait until Iran’s operations in Syria with its Shiite militias and Hizballah are ready to go for a military showdown with Israel.

The two Palestinian terrorist chiefs met with Soleimani twice last week. Nevertheless, on Friday, 16, a Hamas bomb was planted on the Gaza border on Friday. It exploded the next day injuring four Israeli soldiers – a provocation against Israel that held the potential of sparking a major confrontation.

Hamas leaders are evidently divided on where to go next.

They were further confused when their former leader Khaled Meshaal strongly advised Hamas terrorist chiefs to exercise restraint in their attacks on Israel – much like the Iranian general, but for the opposite reason. In their secret confabulations, Meshaal maintained that the Palestinians must now appreciate that their most dangerous foe is no longer Israel, but US President Donald Trump and his policy for the Palestinian-Israel dispute. He warned that Trump’s alliance with key Arab leaders, Egyptian President Abdel-Fatteh el-Sisi and Saudi Crown Prince Muhammed Bin Salman, could lead to the eclipse of the entire Palestinian national movement. Therefore, he urged Hamas to line up behind its rival, Palestinian Authority Chairman Mahmoud Abbas, regardless of the consequences, because he is spearheading a campaign against the US president.

At the same time, DEBKAfile’s sources in Washington reveal another Palestinian pivot:  Abbas too has begun singing a different tune. While announcing the severance of all Ramallah’s ties with the Trump administration, he suddenly put out covert messages of reassurance to the administration early Tuesday, Feb. 20: The US should not be concerned, he indicated, because the speech he delivers at the UN Security Council will indeed ask for full recognition of Palestine as a member state, but in milder terms than ever before. The Washington sources gained the impression that the Abbas is preparing to  “surprise even Israel.”  These messages were passed on to President Trump.