Netanyahu: “Any hill captured by Iran and Hizballah near the Israeli border will become a crater,” 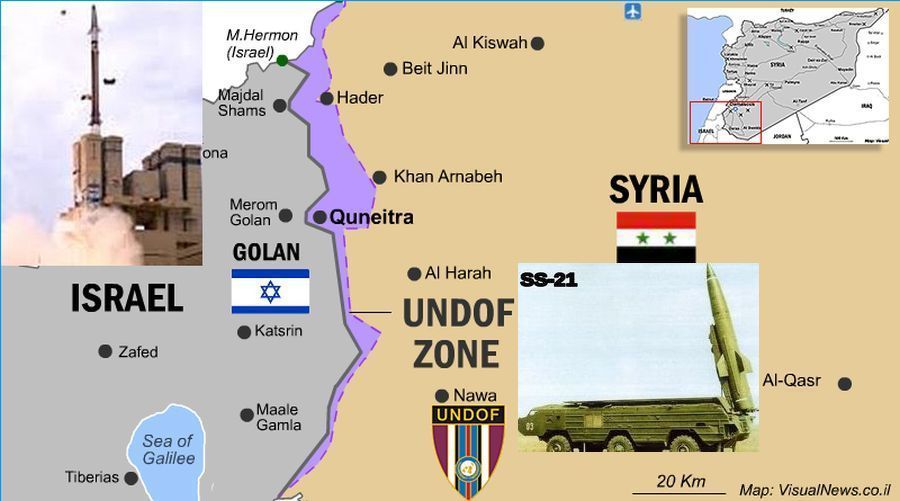 Russian Foreign Minister Sergei Lavrov and Chief of Staff Gen. Valery Gerasimov were sent urgently to Israel on Monday, July 23 over the Putin-Netanyahu rift that was exclusively disclosed by DEBKAfile.

Prime Minister Binyamin Netanyahu announced the mission to the cabinet in words that were revealing: He said Israel will not accept the Syrian army’s entry to the buffer zone set up by the 1974 Syrian-Israeli separation of forces accord, thereby indicating that he did not trust in Syrian compliance with this accord, despite the guarantee offered by President Vladimir Putin in their phone conversation on Friday, July 20.  DEBKAfile’s sources note that Putin’s pledge came after he reneged on a series of promises he gave US President Donald Trump and Netanyahu in recent weeks, relating to keeping the Iranians and their proxies away from the Israeli border.

To emphasize that Israel now meant business, the IDF was instructed Monday morning to use the David’s Wand anti-missile weapon for its first combat operation against Syrian missiles fired in a battle with rebels in the buffer zone. Warning alerts were triggered the length and breadth of northern Israel – from the Golan and the Bashan north of the Sea of Galilee area up to Safed and Tiberias. David’s Wand broadcast a signal to all those concerned that Israel had every intention of using its most advanced weaponry in southern Syria if necessary.