Egypt considers banning burka - Back to the future? - Sally Zahav


How times have changed!!

On the Fox News web site today was an article about Egypt considering banning the "burka", meaning, I believe, any garment that would cover the face. 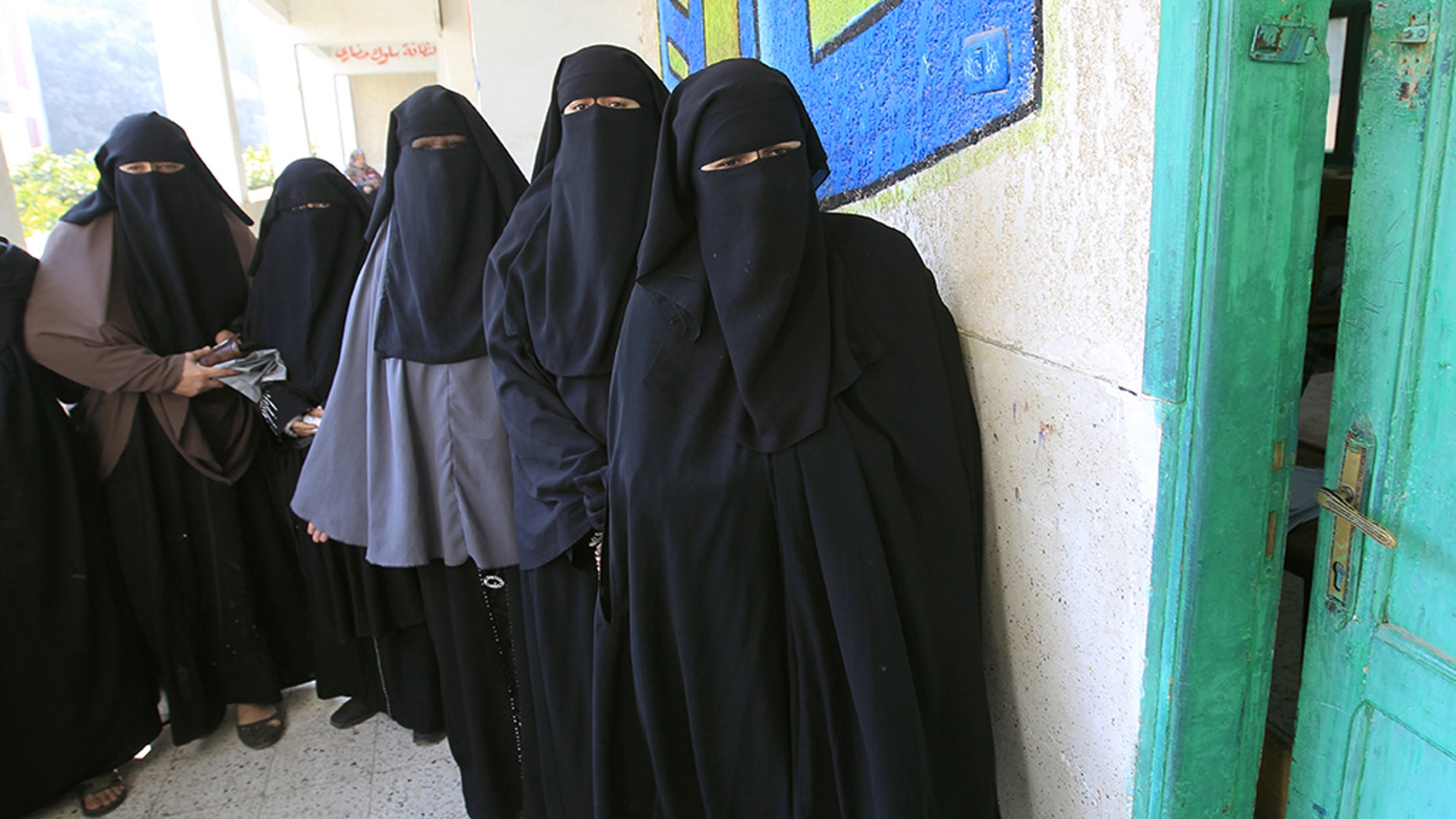 Niqab-clad Egyptian women line up to vote at a polling station in Qaliubia, north of Cairo, on January 4, 2012 (AFP/Getty)

A proposal to ban women in Egypt from wearing the burka is being debated by the country’s parliament.

MP Ghada Ajam has submitted a bill in the Egyptian parliament calling for a fine of 1,000 Egyptian pounds ($55) for women who defy the proposed ban, it was reported.


She said the purpose of the bill is “to support the state’s efforts in fighting terrorism”, Media Line, a Middle East news website reported her as saying.


A copy of the draft bill obtained by Media Line says the burka would be prohibited in Egyptian public spaces “at any time and under any circumstances”.

Political analyst Ahmad Sharbini said the proposal came through a period of instability because of radical Islamic groups operating within the country and public safety was “more important than anything”.

This story originally appeared in The Sun. For more from The Sun, click here.


And for your amusement, here is an old video clip of then Pres. Mubarak (oops!!) Nasser mocking the idea of trying to force women to wear a "tarha" or headscarf.