Competition among Middle Eastern rivals and ultimate power within the region’s various alliances is increasingly as much economic and commercial as it is military and geopolitical. 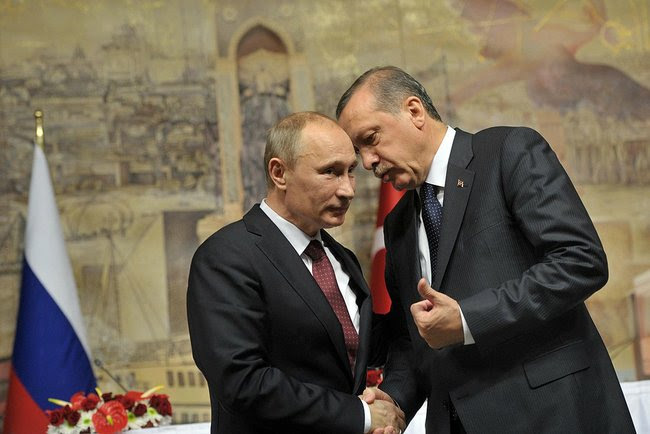 EXECUTIVE SUMMARY: Competition among Middle Eastern rivals and ultimate power within the region’s various alliances is increasingly as much economic and commercial as it is military and geopolitical. Battles are fought as much on geopolitical fronts as they are on economic and cultural battlefields such as soccer.

Three recent developments lay bare the fragility of Middle Eastern alliances and a rebalancing of their priorities: the Russian-Turkish compromise on an assault on the rebel-held Syrian region of Idlib, the fate of troubled Abu Dhabi airline Ettihad, and battles over the reconstruction of Syria.

These developments highlight the fact that competition among Middle Eastern rivals and ultimate power within the region’s various alliances is increasingly as much economic and commercial as it is military and geopolitical. Battles are fought as much on geopolitical fronts as they are on economic and cultural battlefields such as soccer.

As a result, the fault lines of various alliances across the greater Middle East, a region that stretches from North Africa to northwestern China, are coming to the fore.

The cracks may be most apparent in the Russian-Turkish-Iranian alliance, but they also lurk in the background of Gulf cooperation with Israel in confronting Iran, as well as the unified front put forward by Saudi Arabia and the United Arab Emirates.

Russia prevented, at least for now, a rupture with Turkey by delaying an all-out attack on Idlib despite Iranian advocacy of an offensive. Turkey, already home to three million Syrians, feared that a Syrian-Russian assault would push hundreds of thousands, if not millions, more refugees across its border.

If Iran was the weakest link in the debate about Idlib, it stands stronger in its coming competition with Russia for the spoils of reconstruction of war-ravaged Syria.

Similarly, Russia appears to be ambivalent towards a continued Iranian military presence in post-war Syria, a potential flashpoint given Israel’s opposition and Israeli attacks that led recently to the downing of a Russian aircraft.

By the same token, Turkey, despite its backing of Qatar in its 15-month-old dispute with a Saudi-UAE-led alliance that is boycotting the Gulf state diplomatically and economically, poses perhaps the greatest challenge to Qatari efforts to project itself globally by operating one of the world’s best airlines and positioning itself as a sports hub.

Turkey, despite its failure to win the right to host Euro 2024 and its lack of the Gulf’s financial muscle, competes favorably on every other front with Qatar as well as the UAE, which is also seeking to project itself through soft as well as hard power. The UAE opposes Erdogan because of his Islamist leanings, ties to Iran, and support of Qatar. Turkey wins hands down against the small Gulf states when it comes to size, population, location, industrial base, military might, and sports performance.

That, coupled with a determination to undermine Qatar, was likely one reason why the UAE’s major carriers, Emirates and Etihad (which is troubled by a failed business model), have, despite official denials, been quietly discussing a potential merger that would create the world’s largest airline.

Countering competition from Turkish Airlines, which outflanks both UAE carriers with 309 passenger planes that service 302 destinations in 120 countries, may well have been another reason. Emirates, the larger of the two Emirati carriers, has a fleet of 256 aircraft flying to 150 destinations in 80 countries.

These recent developments suggest that alliances, particularly the one that groups Russia, Turkey and Iran, are brittle and transactional. They are geared towards capitalizing on immediate common interests rather than shared long-term goals, let alone values.

This is true even if Russia and Turkey increasingly find common ground in concepts of Eurasianism. It also applies to Turkey and Qatar, who both support Islamist groups, as well as to Saudi Arabia and the UAE, who closely coordinate policies but whose different goals are on display in Yemen.

The fragility of the alliances is further underscored by Turkish, Russian, and Iranian aspirations of resurrecting their respective empires in a 21st century mold and the Saudi quest for regional dominance.

Then-president of Turkey Suleyman Demirel told this writer as far back as the 1990s, in the wake of the demise of the Soviet Union and the emergence of independent, mostly ethnically Turkic Central Asian republics, that “Turkey’s world stretches from the Adriatic to the Great Wall of China.”

In a world in which globalization is shaped by geopolitical zones rather than individual countries, Russia’s imperative is to define itself as a Eurasian rather than a European power that would be on par with China, the EU, and a US zone of influence.

“Putin does not think along national lines. He thinks in terms of larger blocks, and ultimately in terms of the world order,” said former Portuguese minister for Europe Bruno Macaes in a recently published book, The Dawn of Eurasia.

In so doing, Russia is effectively turning its back on Europe as it reinvents itself as an Asian power on the basis of Eurasianism, a century-old ideology that defines Russia as a Eurasian rather than a European power.

The Eurasian Economic Union, which groups Russia, Kazakhstan. Kyrgyzstan, Belarus and Armenia, is a vehicle that allows Russia to establish itself as a bloc in the borderland between Europe and Asia.

Similarly, Eurasianism has gained currency in Turkey. President Recep Tayyip Erdoğan, who was enabled by the demise of the Soviet Union and the re-emergence of a Turkic world, projects his country as a crossroads between Europe, Africa, and Asia rather than as a European bridge to Asia.

In that vein, Turkish columnist Sinan Baykent projected the recent fence-mending visit to Germany by Erdoğan and his proposal for a summit on Syria involving Turkish, Russian, German, and French leaders as a Eurasian approach to problem-solving.

The meeting between Erdogan and German Chancellor Angela Merkel was meant “to pave the way for a Eurasian solution for the region… There is a new axis forming today between Berlin, Moscow, Ankara, Tehran and maybe Paris… All of these countries are fed up with American unilateralism and excessive policies displayed by the Trump administration,” Baykent said.

If Turkey’s and Russia’s vision of their place in the world is defined to a large extent by geography, Iran’s topology dictates a more inward-looking view despite accusations that it is seeking to establish itself as the Middle East’s hegemon.

“Iran is a fortress. [It is] Surrounded on three sides by mountains and on the fourth by the ocean, with a wasteland at its center,” noted Stratfor, a geopolitical intelligence platform. Gulf fears are rooted not only in deep-seated distrust of Iran’s Islamic regime, but also in the fact that the foundation of past Persian empires relied on control of plains in present-day Iraq.

As a result, the maneuvering of Gulf states, in contrast to Turkey and Russia, is driven less by a conceptual framing of their place in the world and more by regional rivalry and regime survival. Countries like Qatar, Saudi Arabia, and the UAE walk a fine line focusing geopolitically on an increasingly unpredictable US and economically on China and the rest of Asia, including Russia, Korea, and Japan.

What the plight of Idlib, potential change in aviation, and competition for reconstruction contracts collectively highlight is the brittleness of Middle Eastern alliances that threatens to be reinforced by economics, rendering it an increasingly important factor alongside geopolitics.

“Stakes for all parties are starting to divert from each other in Syria and the prospects of cooperation with Russia and Iran are becoming more challenging,” said Turkish columnist Nuray Mert, commenting on the situation in Idlib. Her analysis is as valid for Idlib as it for the prospects of many of the Middle East alliances.

A podcast version of this story is available on Soundcloud, Stitcher, TuneIn, and Tumblr.