​
by Reuters and Israel Hayom Staff

New province is to be called "Wilayah of Hind" and is designed to bolster ISIS standing after the group was driven from its self-styled "caliphate" in Iraq and Syria in April. 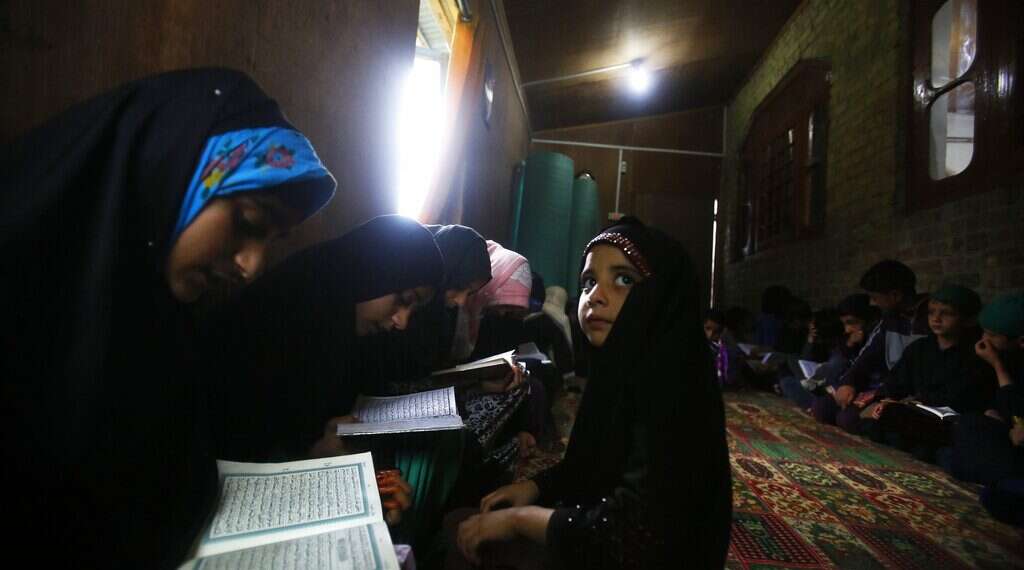 Kashmiri Muslim children attend recitation classes of the holy Quran on the first day of fasting month of Ramadan in Srinagar, Indian-controlled Kashmir, May 7, 2019 | Photo: AP


Islamic State claimed for the first time that it has established a “province” in India, after a clash between militants and security forces in the contested Kashmir region killed a militant with alleged ties to the group.

Late on Friday, ISIS’s Amaq News Agency announced that the new province, which it called “Wilayah of Hind,” also claimed ISIS inflicted casualties on soldiers of the Indian army in the town of Amshipora in the Shopian district of Kashmir.

The ISIS statement corresponds with an Indian police statement on Friday that a militant called Ishfaq Ahmad Sofi was killed in an encounter in Shopian.

ISIS’s statement establishing the new province appears to be designed to bolster its standing after the group was driven from its self-styled “caliphate” in Iraq and Syria in April, where at one point it controlled thousands of miles of territory.

ISIS has stepped up hit-and-run raids and suicide attacks, including taking responsibility for the Easter Sunday bombing in Sri Lanka that killed at least 253 people.

“The establishment of a ‘province’ in a region where it has nothing resembling actual governance is absurd, but it should not be written off,” said Rita Katz, director of the SITE Intel Group that tracks Islamic extremists.

“The world may roll its eyes at these developments, but to jihadists in these vulnerable regions, these are significant gestures to help lay the groundwork in rebuilding the map of the ISIS ‘caliphate.'”

Sofi had been involved in several militant groups in Kashmir for more than a decade before pledging allegiance to Islamic State, according to a military official on Saturday and in an interview given by Sofi to a Srinagar-based magazine sympathetic to ISIS.

He was suspected of several grenade attacks on security forces in the region, police and military sources said.

“It was a clean operation and no collateral damage took place during the exchange of fire,” a police spokesman said of Friday’s encounter.

The military official said it was possible that Sofi had been the only militant left in Kashmir associated with ISIS.

For decades separatists have fought against Indian rule in Muslim-majority Kashmir. The majority of these groups want, who use armed conflict to achieve their goals do so to gain independence or to join India’s arch-rival Pakistan. They have not, like Islamic State, sought to establish an empire across the Muslim world.

The nuclear powers of India and Pakistan have fought two wars over Kashmir and came to the brink of a third earlier this year after a suicide attack by a Pakistan-based militant group killed at least 40 paramilitary police in the Indian-controlled portion of the region.

A spokesman for India’s home ministry, which is responsible for security in Kashmir, did not respond to a request for comment.