Soleimani Killing Hailed by Arabs - But Not by Palestinians - Dr. Edy Cohen


Yet again, the Palestinian Arabs are standing on the wrong side of history. 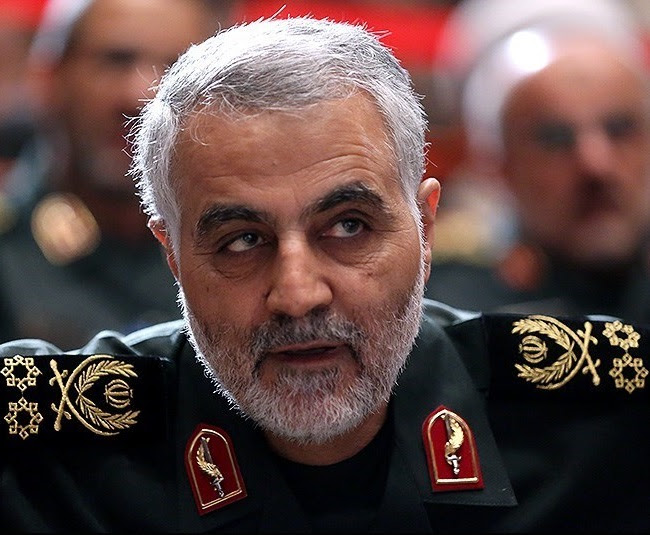 EXECUTIVE SUMMARY: The killing of Quds Force commander Qassem Soleimani is being celebrated across the Arab world by Muslims who were cruelly victimized by him in the service of Iran’s imperialist ambitions. The Palestinians’ fulsome praise for Soleimani and accompanying support for Iran are raising eyebrows across the Arab world.

The attack on the US embassy in Baghdad was the latest in an ongoing series of Iranian provocations in the region. An American drone was shot down in the Persian Gulf in October, and there have been attacks on Saudi oil fields and oil tankers near Oman.

The American response to these provocations took its time to arrive, but when it did, it was particularly harsh.

The targeted killing on January 3 of Quds Force chief Qassem Soleimani, together with Abu Mahdi al-Mohandis, deputy head of the Iraq-based Iranian-controlled Kataib Hezbollah militia, was a major blow to the Iranian regime. Soleimani was not only a general and commander of the Revolutionary Guards’ Quds Force, but he was dear as a beloved son to Supreme Leader Ali Khamenei. Soleimani wielded extensive power and authority in Iran, second only to Khamenei himself.

In contrast to the great dismay expressed across the Western world at Soleimani’s death, the news sparked loud expressions of joy and reveling in the Arab world, particularly in Iraq, the Persian Gulf, and parts of Syria and Lebanon. People danced in the streets, handed out sweets, and bought cakes to celebrate the death of the man who was, to all intents and purposes, the long arm of the Iranian revolutionary regime.

It was Soleimani’s job over the past decade to implement Tehran’s expansionist subversive policy across the region. By way of doing so he established and armed Shiite militias in several Arab countries, indoctrinating them to submit to Iran rather than to their own home countries (i.e., to commit treason). He did the dirty work on the ground for the regime, and in the process became reviled by Muslims across the Arab world.

Soleimani worked closely with the Lebanese Hezbollah during the Syrian civil war, into which he introduced Shiite mercenaries recruited from Afghanistan. Sunni Muslims view him as an extremely cruel figure: they blame him for the slaughter of more than half a million Syrians and for the turning of millions more into refugees.

Yet there is one corner of the Sunni Arab Middle East that is not rejoicing at Soleimani’s death. Yet again, the Palestinian Arabs are standing on the wrong side of history.

During WWII, the local Palestinian Arab leadership collaborated with the Nazis, and so too are many Palestinians identifying with the Iranian regime today. In the West Bank, the Palestinian Authority headed by Mahmoud Abbas is posthumously honoring Soleimani and condemning Washington’s action against him. In Gaza, a mourning tent has been erected where members of all Palestinian factions can come together to pay their respects to the slain Quds Force chief. Hamas leader Ismail Haniya made a fiery speech at Soleimani’s funeral procession in Tehran, while his terror group issued this statement:

Soleimani was one of the most prominent Iranian military commanders and played an important role in supporting the struggle of the Palestinians. We condemn the ongoing American crimes that are spreading tension in the region in service to the Israeli enemy.

The Arab world has taken note of this response and is expressing its displeasure. Social networks have been filled with angry reactions from Muslims over Palestinian praise and support for Soleimani. The Iranian henchman was responsible for the deaths of many of their own, and many Arabs are asking why the Palestinians have such short memories. They are also taking issue with Palestinian support for Iran, considering all the trouble Tehran has wrought in the rest of the Arab world.

The situation of the Palestinians today is similar to their situation on the eve of the first Gulf War, when Yasser Arafat was almost the only Arab leader to publicly support Saddam Hussein. Palestinian solidarity with Iran is causing great anger in Saudi Arabia and the Persian Gulf states, which suffer from constant Iranian meddling and threats. Is it any wonder that the Palestinians are losing support for their cause among the Arab states?

This is an edited version of an article published in Israel Today on January 5, 2020.