Sen. Tom Cotton stands by startling theory on coronavirus origins: 'We need to be open to all possibilities' - Yael Halon


Cotton cited a study published by Chinese scientists in The Lancet, which he called a "respected international science journal."

Sen. Tom Cotton, R-Ark. stood by his earlier suggestion that the deadly coronavirus may have originated in a high-security biochemical lab in Wuhan, China, telling "The Story" Tuesday that we "need to be open to all possibilities" in exploring the origins of the outbreak that has sickened more than 75,000 people around the world.

When host Martha MacCallum pressed the Senator on his startling and unverified claim, Cotton cited a study published by Chinese scientists in The Lancet, which he called a "respected international science journal."

"I'm suggesting we need to be open to all possibilities and we need to demand that China open up and be transparent so a team of international experts can figure out exactly where this virus originated," Cotton said.

He also brought up the "questions" surrounding the biosafety level 4 "super laboratory" in Wuhan, the city where the virus is believed to have originated.

"We know it didn't originate in the Wuhan food market based on the study of Chinese scientists ... I'm not saying where it started, I don't know. We don't know because the Chinese Communist Party (CCP) won't open up to international experts," Cotton said. "That's what we need to do so they can get to the bottom of where the virus originated and hopefully can effect a diagnostic test and vaccine for it." 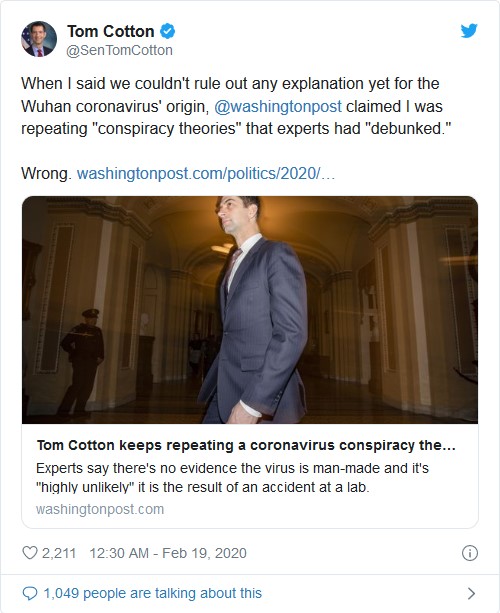 Cotton also pushed back against critics, specifically Rutgers University chemical biology professor Richard Ebright, who said he found no indication in the genome sequence of the virus to indicate it was engineered.

"Let's take the professor," Cotton said. "He was ...in fact today cited in the Asia Times saying that it was quite possible that it was a laboratory incident."

"That's not saying this is a bioweapon," Cotton clarified, "but we do know they were investigating and researching coronavirus in that laboratory. It could've been an accidental breach, it could've been a worker that was infected."

"Until we get all the evidence from the Chinese Communist party, it is only responsible, not irresponsible to keep an open mind about the hypotheses."
— Sen. Tom Cotton, 'The Story'

"My point is that we don’t know," Cotton said, adding that "until we get all the evidence from the Chinese Communist Party, it is only responsible, not irresponsible, to keep an open mind about the hypotheses." 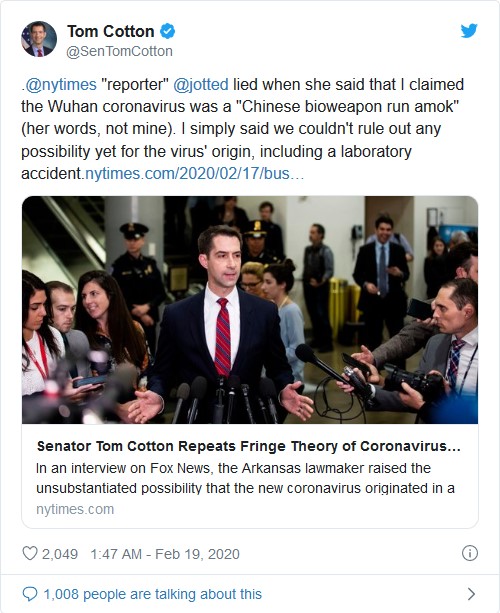 MacCallum told Cotton that the State Department's designation "does go to the point that you are making that the information we are getting is very difficult to verify," but Cotton turned his focus to The Washington Post and The New York Times, which have both published articles criticizing Cotton since his initial remarks and claimed he suggested the virus was the result of a Chinese bioweapon.

"It tells you the Chinese Communist Party, just like any communist party, has a widespread propaganda effort and regrettably The Washington Post and New York Times have taken millions and millions of dollars from something called 'China Daily'  to run so-called inserts that purport to be news but in reality are Chinese propaganda," Cotton claimed.

"They ought not be doing that," Cotton added. 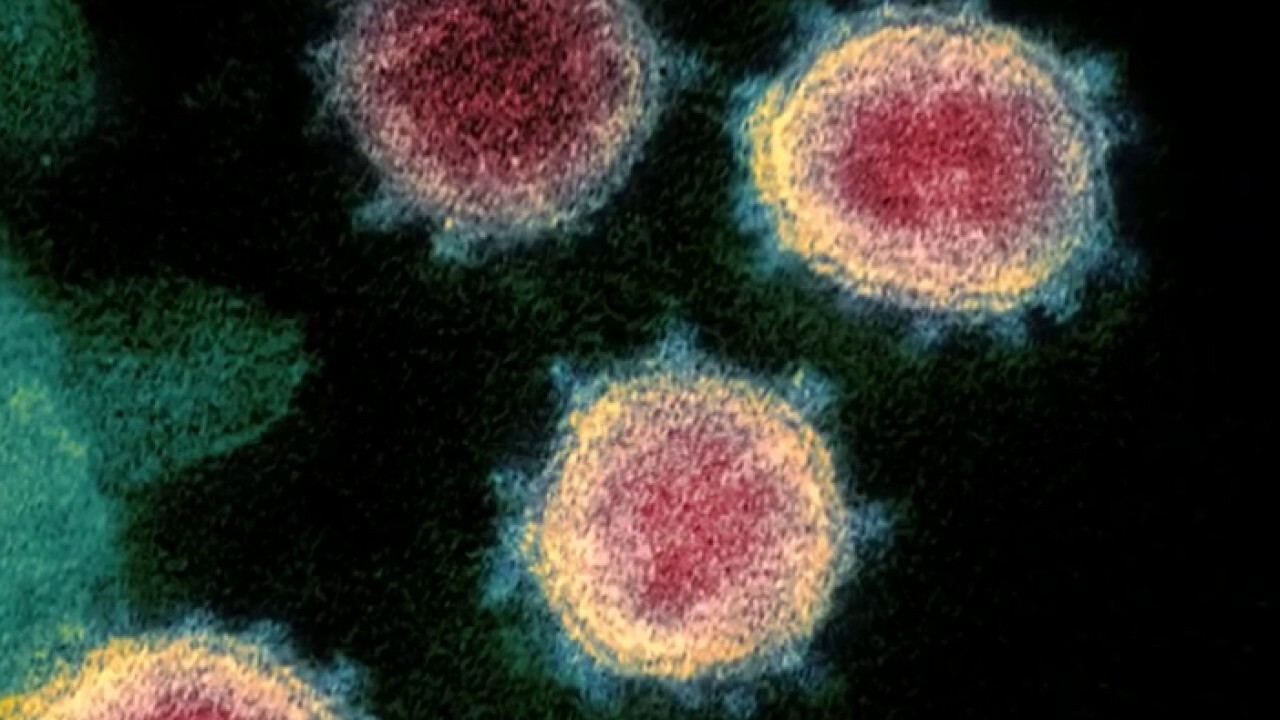 The senator said he "hoped" such contracts would be terminated and revealed that he had personally raised the matter in a letter to the Justice Department and Attorney General William Barr.

"I wrote to the Department of Justice and Attorney General Bill Barr a few weeks ago asking them to examine these inserts and whether or not they ought to be registered under the Foreign Agents Registration Act," he said.

Yael Halon is a reporter for Fox News.