Erdogan’s worst tendencies are continually being reinforced and encouraged.

Turkey’s despotic President Recep Tayyip Erdogan is growing bolder by the day in pursuit of his jihadist ambitions of conquest and revival of the Ottoman empire. As the world tolerates Turkish aggression and NATO continues to allow this enemy to be part of its alliance, Erdogan’s worst tendencies are continually being reinforced and encouraged. 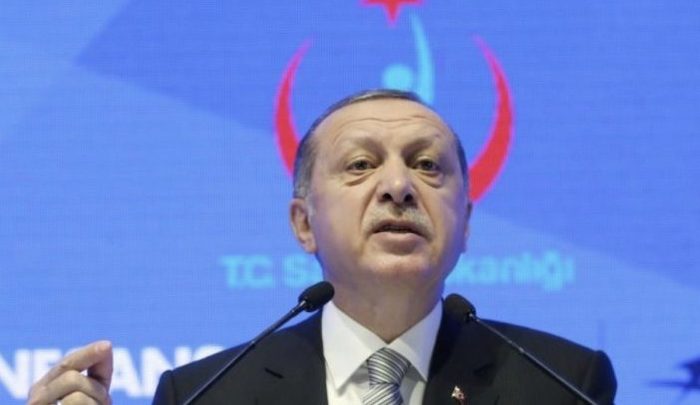 
Tensions between Turkey and Greece remain at a high, with the Turkish regime allegedly repeatedly violating Greek airspace this week with CN-235 spy planes.
Greece accused Turkey of 45 violations of Greek airspace on Tuesday, 35 of which were said to have been conducted by C-235 spy planes flying into the north-east, central, and southern Aegean sea. Turkish fighter jets also encroached on Greek airspace.
According to a report from Greek newspaper Proto Thema, in at least three cases, Greek fighter jets managed to intercept the Turkish aircraft.
Greece and Turkey continue to have rocky relations as the Turkish research vessel Oruc Reis remains in the Mediterranean, escorted by an estimated 10 Turkish naval warships.
The vessel looks to conduct seismic research in an area of the Mediterranean sea, which Greece claims is part of the Greek exclusive economic zone (EEZ)….