The report of Israel’s new policy of restraint followed the big story of the week: Russia’s announcement that it assisted the Syrians in intercepting four missiles shot by IAF F-16s at targets in Syria for the first time. 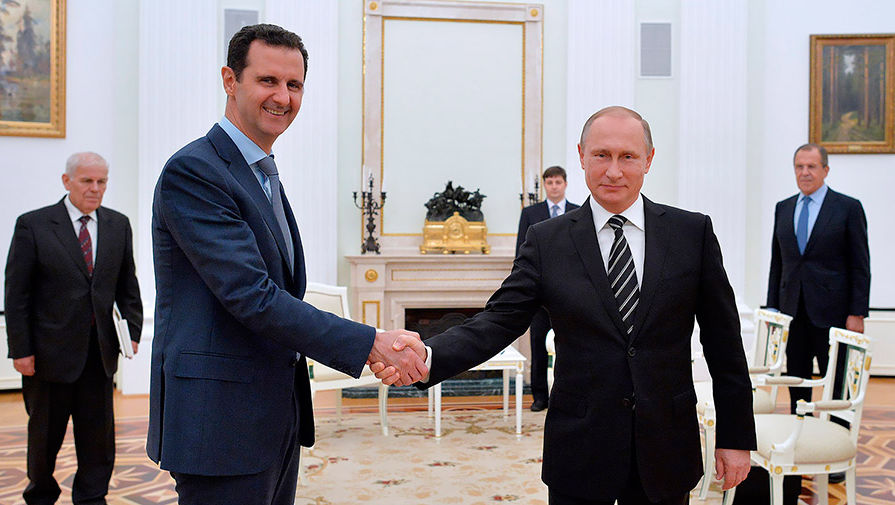 Thursday it was reported that the IDF is planning to change its tactics in Syria and will base its operations against Iranian targets in the area on long-range standoff munitions rather than air strikes. Obviously, the move will downgrade Israel’s operational prowess. The report of Israel’s new policy of restraint followed the big story of the week: Russia’s announcement that it assisted the Syrians in intercepting four missiles shot by IAF F-16s at targets in Syria for the first time. Russia’s statement came in tandem with its announcement that it is abrogating its 2015 agreement with Israel to coordinate and deconflict Israel’s military operations in Syria from Russian forces in the country.

The agreement in question was initiated almost immediately after Russian military forces first deployed to Syria in September 2015. Immediately after the Russians began setting up shop in Israel’s hostile neighbor to the north, then prime minister Benjamin Netanyahu flew to Russia to meet with Russian President Vladimir Putin. The purpose of his sudden trip, and a series of follow-on meetings between the two leaders in the ensuing months, was to reach an accord that would enable the IDF to maintain its operational freedom against Iranian targets in Syria without getting into a military conflict with the Russian forces who deployed to Syria to assist the Assad regime and its Iranian and Hezbollah masters in their war of annihilation against Assad’s opponents and much of the population of Syria.

Netanyahu’s goal seemed like an impossible dream. And yet, stunningly, he achieved it. Moreover, the understandings Netanyahu reached with Putin were scrupulously respected by both sides with few exceptions until Russia abrogated it this week.

To get a sense of just how bad Russia’s sudden about face is for Israel, it’s important to remember what jolted Netanyahu into action six years ago.

When Russian forces landed in Syria, the various rebel armies fighting Syrian President Bashar Assad’s forces and partners in Hezbollah and the Iranian Revolutionary Guards were gaining the upper hand in large swathes of Syria. In desperation, Assad approached Putin with a deal. In exchange for Russia serving as his air force, Assad would give Russia a permanent base at the port of Latakia, control over several air bases, and control over the Conoco oil fields in Eastern Syria, (which were then and still today remain under U.S. military control).

In 2015, Israel was carrying out an undeclared campaign in Syria to block Iran from transporting precision-guided missiles and drones across Syria to Hezbollah in Lebanon. The threat such weapons in the hands of Hezbollah poses to Israel is potentially existential. Iran has transferred precision-guided drones and missiles to its proxy forces in Yemen and Iraq and both have used them to conduct strategic assaults on Saudi Arabia’s oil infrastructure. A Houthi drone strike in 2019 disabled half of Saudi Arabia’s oil production capabilities. Placing such weapons in Hezbollah’s hands would put targets on all of Israel’s population centers, its military bases, key infrastructure and industrial hubs.

The threat the sudden appearance of Russian forces in Syria on the side of Iran, Hezbollah and Assad posed to Israel’s security interests was obvious. If Russia decided to actively oppose Israel’s military strikes in Syrian territory, Israel would be compelled to choose between two options. It could unilaterally stand down to avoid direct confrontation with the Russia.  If it chose this option, it would end its air assaults against Iranian missile shipments to Hezbollah and find itself under a strategic threat from Hezbollah that it would be compelled to go to war to defeat. In such a war, Russia could be expected to actively assist Hezbollah’s war effort.

In other words, if Israel stood down in Syria to avoid a confrontation with Russia, it would be compelled to confront Russia on much more dangerous battlefield in Lebanon.

The second scenario Israel was facing was also bad. In this one, Israel would continue to strike Iranian arms shipments in Syria, without coordinating those strikes with Russia and inevitably find itself in a direct conflict with the Russians, similar to the one it found itself in in the 1982 Lebanon War. In that war, Israel destroyed Russia’s anti-aircraft systems and established its air superiority in the Middle East for a generation. In 2015, Israel might have repeated the achievement. Or it might have discovered that it was incapable of evading Russia’s new anti-aircraft surface to air missile systems, and lost its air superiority. Either way, the price of discovering whose platforms worked better would be the destruction of Israel’s bilateral relations with Russia.

When Netanyahu pondered this dire scenarios, he did so while operating under another strategic constraint: The Obama administration did not have Israel’s back. In 2012, as Assad and his Iranian and Hezbollah partners embarked on a campaign of mass murder of Assad’s domestic opponents replete with chemical attacks, Obama was just beginning his focused effort to realign the U.S. alliance system in the Middle East towards Iran and away from Israel and the Sunni Arab states. Since Assad was an Iranian client, or “equity,” as Obama put it, Obama and his advisors were loath to respond when Assad massacred his people with barrel bombs and chemical weapons for fear of angering Tehran.

Under pressure to act in the face of Assad’s atrocities, Obama announced that if Assad used chemical weapons – particularly against civilians – he would send in U.S. forces. When months later, Assad attacked more than a thousand people – many of whom were civilians – in Ghouta with sarin gas, the eyes of the world fell on Obama and waited for him to follow through. Instead, Putin sent him a lifeline. Russia suggested that Assad would transfer his chemical arsenal to an international organization and in exchange, Obama would not strike his forces. Obama seized the offer, despite that fact that it was both unenforceable and indeed, unenforced, and declared victory.

Putin took Obama’s measure and bided his time. He understood that there would be no U.S. response to a sudden deployment of Russian forces to Syria. The moment Assad made him the offer he wanted, Putin deployed his forces to Syria for the first time in 33 years.

Obama’s desire to win over Iran by empowering it in Syria extended to his position on Israel’s military strikes in the country. Obama didn’t openly oppose Israel’s operations. He subverted them by leaking details of covert strikes to the New York Times. Moreover, by the time the Russians arrived, Obama had a personal vendetta against Netanyahu, who led the global opposition to the nuclear deal Obama concluded with the Iranians two months before and rejected Obama’s anti-Israel parameters for peace between Israel and the Palestinians.

Russia’s alliance with Syria, Iran and Hezbollah in Syria, its traditional antagonism towards Israel and its awareness that under Obama, Israel no longer enjoyed meaningful U.S. strategic or diplomatic support all rendered Netanyahu’s chances of success in reaching a deconfliction deal with Putin almost nil. To succeed, Netanyahu had to persuade Putin that Russia’s interest was served by maintaining Israeli airstrikes against Russia’s ally and partner in Syria Iran. He also had to convince Putin that having good relations with Israel was a Russian national interest. Senior Russian government, intelligence and military officials disagreed completely with both of Netanyahu’s contentions.

So what explains Netanyahu’s success?

In part, Netanyahu succeeded in winning Putin over because despite the contrary views of Russia’s top brass, his arguments were sound. Russia has no interest in giving Iran free rein in Syria. It has an interest in keeping Iran off balance and dependent on Russia for its protection. So too, Israel is a successful, powerful state and Russia has a great deal to gain from good relations with Israel.

While Netanyahu’s claims were persuasive, Putin was only willing to hear him out because Netanyahu – and Israel – had earned his respect six months earlier.

When Netanyahu decided to accept the Republican Congressional leadership’s invitation to address a joint session of Congress in March 2015 and set forth the reasons he opposed the nuclear deal Obama was then negotiating with the Iranian regime, Israel’s security brass, the media and the political left led by then opposition lawmaker Yair Lapid all feverishly opposed the move which they insisted would destroy Israel’s ties with the U.S.

But the speech was a strategic masterstroke. The day after Netanyahu’s address the world looked at Israel differently. The day before Israel had been a spurned, isolated U.S. client state. The day after, Israel was a regional power. Far from isolating Israel in the U.S., Netanyahu rallied the American public to Israel’s side and against the deal that gave Iran an open road to a nuclear arsenal and regional hegemony. Putin saw the speech and decided that Netanyahu was a serious player and Israel was a serious nation.

Although the Abraham Accords were only formally released four years later, to a large degree, they were born the moment Netanyahu stepped into the Congressional gallery. The Saudis, the Egyptians, the Emiratis – and the Iranians – became convinced that day that they could trust Israel to block Iran from becoming a nuclear armed regional hegemon.

This brings us to the present day.

Now that the Russians have abrogated the Putin-Netanyahu deal, the men who ousted Netanyahu from power face the same bleak scenarios Netanyahu confronted with the arrival of Russian forces in Syria. But unlike Netanyahu, neither Prime Naftali Bennett nor Foreign Minister Yair Lapid have the ability to fly to Russia and convince Putin to reinstate the deal. This isn’t because of anything that Putin or Netanyahu did. It is because of something that Lapid and Bennett have done.

Shortly after Bennett and Lapid took office, Lapid spoke on the phone with Secretary of State Anthony Blinken and announced that he had committed Israel to a policy of “no surprises” vis-a-vis the Biden administration. This commitment devastated Israel’s international standing. If Netanyahu’s speech to Congress ended the international perception of Israel as a second-rate power and a U.S. client, and transformed Israel’s standing to that of a regional power; Lapid’s “no surprises” commitment downgraded Israel back to its previous status.

With the threats arrayed against it, a unilateral Israeli move that limits its operational freedom by committing it to provide the U.S. with prior notification of its operations makes no sense in the best of times. It is downright irrational when the Biden administration is feverishly trying to reinstate Obama’s nuclear deal as a means to reinstate his strategy of abandoning U.S. support for Israel and the Sunni Arab states and realigning the U.S. towards Iran.

From Riyadh to Gaza, Abu Dhabi to Tehran, from Beijing to Brussels to Moscow world leaders understand what happened. The strategic blow Israel took from Russia this week will doubtlessly be followed from many more. Israel’s allies and enemies will assess their options in light of the Lapid-Bennett government’s embrace of dependence on a hostile administration in Washington.