The Israeli Left’s obsession with toppling PM Benjamin Netanyahu has driven it to embrace a military “dream team” bent on overthrowing a civilian ruling party. 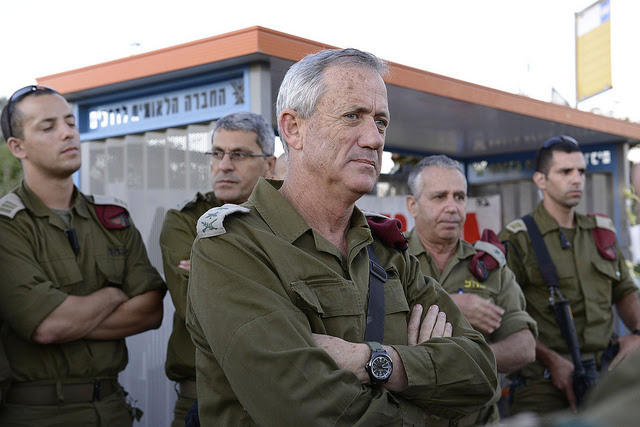 EXECUTIVE SUMMARY:  The Israeli Left’s obsession with toppling PM Benjamin Netanyahu has driven it to embrace a military “dream team” bent on overthrowing a civilian ruling party. This echoes the all-too-common phenomenon of Third World military juntas seizing power to “save the nation” from “corrupt politicians.” Generals brought to power as “national saviors” in times of deep crisis have often been the harbingers of populism, authoritarianism, and fascism.

In all recent Israeli election campaigns, the sociopolitical identity of the candidates for national leadership was a central question. Who were they? Who were their business associates? For which tycoons had they worked in the past? Above all: what values and ideals did they bring to the political arena? These discussions took place mainly on the left side of the political map, resulting in an obsessive self-righteousness that has come to be seen as the left’s main source of alienation from the wider Israeli public.

What criticism has not yet been leveled at Yair Lapid and his centrist Yesh Atid party? They are called mere puppets who are promoting the “piggish capitalist” agenda (to use Shimon Peres’s phrase) of greedy tycoons. Lapid is labeled a pale imitation of Netanyahu in both form and substance. What hasn’t been said by security-oriented leftists about Labor’s new identity? It is accused of having become a boutique party of feminists, journalists, and civil activists who have introduced postmodern language into the political discourse, and – most damningly – that its leadership is bereft of generals, security personnel, and industrial and agricultural captains. How can those “kids” possibly aspire to running the country?

Therein lies the surprising phenomenon of the current elections. In the hope of toppling long-serving PM Benjamin Netanyahu, an army of senior retired officers and security personnel has been recruited with the express goal of orchestrating a broad political framework comprising the largest possible number of generals. This is pitched as the only way to save the country from Likud’s “corrupt” rule.

In stark contrast to the Left’s former self-righteous indignation about anything that smacks of right-wing policy, and despite its close familiarity with the concept of “cultural militarism,” there has been almost no discussion of the disturbing sociopolitical implications of this phenomenon. There is no mention that these generals are hardly paragons of liberal or multicultural values, and are far from quintessential members of the “peace camp.” Nor is it discussed that their leader and aspiring PM, Benny Gantz, boasted in his first campaign video clip of the number of Arabs killed on his watch as IDF Chief of Staff.

Nor has there been any acknowledgement of the similarity of this development to the all-too-common Third World predilection among military officers (from the “Young Turks,” to Egypt’s “Young Officers,” to Chile’s Pinochet, to Argentina’s Juan Peron and later juntas) to seize power in order to “save the nation” from the rule of “corrupt politicians”; or of the fact that European populism, authoritarianism, and fascism have often been brought to power by generals cast as national saviors at times of deep political crisis.

It seems that the obsession with toppling Netanyahu and the desire to return to power has driven those who habitually identify (nonexistent) “disturbing past processes” that supposedly endanger Israeli democracy, and who warn of “militarism” or “fascism” whenever a military officer addresses high school students about their looming conscription, to pin their hopes for electoral victory on a military party seeking to oust a ruling civilian party.

An earlier Hebrew version of this article was published in Israel Hayom on January 30, 2019.


Prof. Udi Lebel (Ph.D. King's College, London U.) specializes in civil-military relations, especially in the political psychology of bereavement, trauma and national memory, and in the sociology of security communities. He is an associate professor at Ariel University. Email: ulebel@gmail.com