YNet Hebrew notes that Facebook and other social media is awash with copies of this image, often with a caption claiming that this is an IDF soldier stepping on a Palestinian Arab girl: 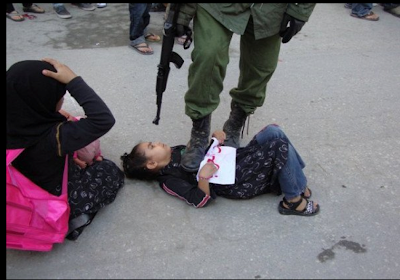 YNet traced it back to a Twitter image from June, but that one was captioned as if it happened in Syria.

There are thousands of copies throughout the Internet.

Israeli site Tazpit noted it in June, and did some basic research:

The soldier in the photo appears to be holding a Kalashnikov AK47 which is not used by the Israeli army, but used often by the Palestinian police forces and terror organizations. The IDF is known for using M16 and M4 weapons, and its uniforms are different from the soldier's uniform that appears on the photo.

The Israeli Governmental Advertising Agency told "Tazpit" earlier today: "the photo has been checked by the IDF Spokesperson and after investigating, it seems that the photo is not authentic and that the soldier is not Israeli. Unfortunately, the use of such photos is a known method, trying to harm Israel's image on the internet and is part of the social networks war of information".

I don't think it is from Syria. This looks completely staged. It might even have been some street theater.

Pun/phrase untranslatable without a lot of explanation, sorry.

UPDATE 2: Tweeter Michal found the originals - and as I suspected, they were done as street theater, apparently in Bahrain, in December 2009 during celebration of the holiday of the 9th of Muharram: 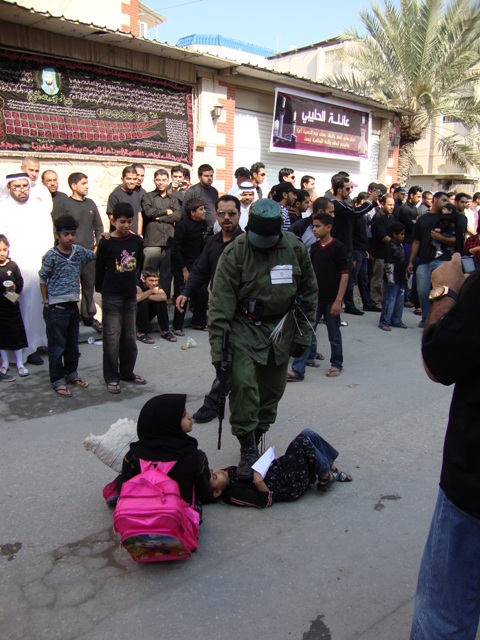 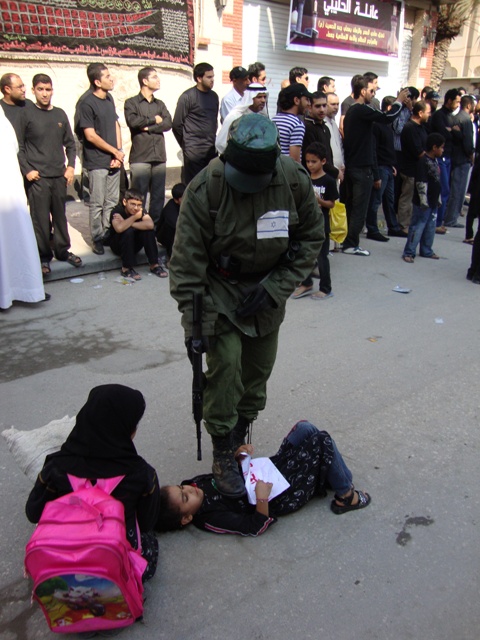 Update 3: Hat tip to Avital Z for this image